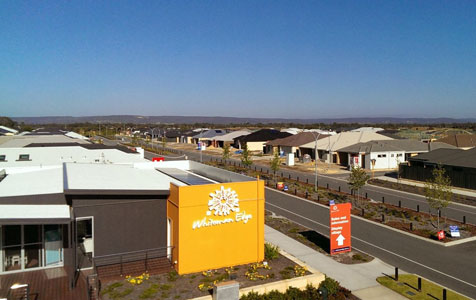 Stockland said the two land parcels would add around 1,100 lots to its WA landholding.

Managing director Mark Steinert said the acquisitions would allow it to extend the life of its existing estates, Newhaven and Whiteman Edge.

“We can leverage our strong local brand, drive greater economies of scale, benefit from our previous infrastructure investment and achieve good speed to market,” he said.

“These two transactions are our fourth and fifth successive acquisitions of land adjoining active residential developments within our national residential portfolio in the last 15 months.”

At Newhaven, Stockland said it would purchase a 27.7ha parcel of land adjoining its existing 2,100-lot land estate near Piara Waters from a private buyer for $30 million.

The site is expected to yield about 500 new lots, and is nearby Stockland’s proposed Harrisdale Shopping Centre.

Stockland general manager of residential development, Col Dutton, said the acquisition was a logical extension to the Newhaven estate, which is in its final stages, with 84 per cent of its available lots sold.

“This is the last available development site adjoining Newhaven, which will extend the run of sales we’ve achieved over the last eight years,” he said.

Stockland said it expected earthworks to commence on the site early next year.

Stockland said it bought the land from the Department of Housing for $28.1 million.

The land is expected to yield around 570 homes, as well as three larger development lots Stockland said it may retain for medium-density projects.

“Our goal is to provide affordable house-and-land packages throughout the metropolitan area,” Mr Dutton said.

“We now have an excellent opportunity to expand our well-established Whiteman Edge community and further transform Brabham into an even more vibrant, convenient and enjoyable place to live for new home buyers in the north-east of Perth.”