Proposed changes to planning regulations in the City of Stirling threaten to derail the state government’s efforts to boost affordable housing. 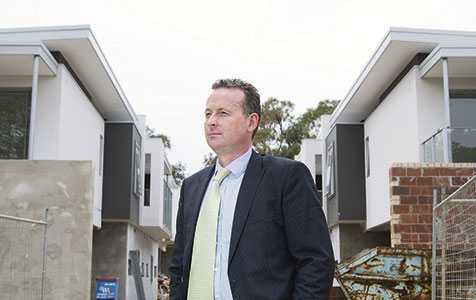 A property investment firm based in the City of Stirling has launched a campaign against the council’s proposal to block low-rise apartment developments in many of its suburbs.

The City of Stirling has proposed changes to its town-planning scheme that would prohibit multi unit, or apartment, developments in any areas with a residential zoning below R60.

An R60 code means that an average of 180 square metres is required for each dwelling.

Currently in the City of Stirling, multi-unit developments are prohibited in areas zoned R35 and below.

The city’s proposal surfaced after homeowners in Doubleview raised concerns of overcrowding and pressure on amenities, particularly car parking, from the development of a two-level, 11-apartment project on Flamborough Street in May last year.

The site was located in an area zoned R40, requiring 220sqm per dwelling.

The development ultimately went ahead despite the community pressure because it complied with changes to the state’s 2010 planning policy, Directions 2031.

The policy advocates 47 per cent of the metropolitan area’s forecast population growth to occur within existing urban boundaries.

According to minutes from the City of Stirling’s ordinary council meeting in July last year, planning officers recommended that the proposal not be lodged with the Western Australian Planning Commission, but said the impact of multiple dwelling developments on lots coded below R60 should be monitored over the following 12 months.

City of Stirling councillors nonetheless voted to present the proposal to the WAPC, to address concerns that multi-unit developments are detrimental to the amenity of existing communities.

Damian Collins, managing director of property investment agency Momentum Wealth, said if the proposal was approved by the WAPC, sites that could accommodate between six and eight apartments may only be suitable for two or three villas or townhouses.

“It is critical for property owners to be aware of the quite significant lost financial potential that these proposed changes will have for them,” Mr Collins said.

“A lot of people with R40 zoned sites are likely unaware that they may not be able to develop the property to its full potential in the future.”

The WAPC is expected to make its decision on the proposed amendment within the next two months.

Mr Collins said a blanket approach to multiple dwellings was not an efficient way to run a planning regime, and was counter-intuitive to the state government’s efforts to boost housing affordability through urban infill.

“In Directions 2031, the whole strategy is to increase the density of residential development around transport corridors,” Mr Collins told Business News.

“The state government’s proposed light rail project goes right up through a large part of the City of Stirling.

“Proposing a ban (on apartment development) in those areas that are going to have a light rail project going through them is just incomprehensible.”

Mr Collins said he was organising a petition against the proposal to present to Planning Minister John Day.

The City of Stirling’s manager of city planning, Fraser Henderson, said it was not sensible for multiple unit developments across vast areas of the city.

Mr Henderson said the proposal would ensure the majority of growth occurred in town centre areas.

“Multiple dwellings should be provided for in and around centres particularly within walkable catchments following detailed planning occurring,” Mr Henderson said.

“The council sees this as the way of achieving vibrant community focal points and ensuring activity centres remain prosperous into the future, while protecting the amenity and integrity of the city’s quiet streets and suburbs.