Still on a mission

Bill Hassell is passionate about issues that matter to him, particularly when governance is concerned. 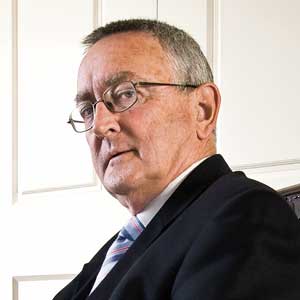 While he has worn many hats in his 63 years, including 17 years in politics (two as leader of the opposition), Mr Hassell shows no signs of slowing down.

Since retiring from state parliament in 1994 he has enjoyed an active business career, including as proprietor of Hassell Advisory Services, director of Antares Energy, chairman of Innovation Australia, director of superannuation fund GESB, and as a member of the executive council of the Association of Mining and Exploration Companies.

Mr Hassell was last year named a Rotary Paul Harris Fellow, and this year he received the Cross of the Order of Merit of the Federal Republic of Germany.

These days, while not combating a corrupt government, Mr Hassell is up against his local government, the City of Nedlands, over some traffic conditions on Carrington Street.

The former Liberal Party state president has even launched the Active Concerned Citizens Opposing Road Disruptions (ACCORD) group to lobby the council and remove the traffic-calming measures he says are "over the top".

“So I got a group together of like-minded people to stand with me and say 'there's something wrong here, let's fight it'," Mr Hassell told WA Business News.

But despite his political connections and public support, the former opposition leader has no intention of entering local government.

“Nedlands is in a state of crisis," Mr Hassell says. "Currently, I'm involved in what might be seen as a minor stoush over the City of Nedlands installing these excessive traffic obstructions, but some people might misinterpret that; it's not just about speed humps, it's about the way the city is governed. It's very badly governed.

“We have a number of councillors who simply have no idea what their proper role is on council, or what their obligations are.

“But I have no ambition to go into local government. I have a more business focus than a public or political focus these days, but I'm quite keen on work, I don't mind working, so I don't regard myself as retired.

‘'Much of my work is voluntary these days.

“I won't pretend to say I'm busier now than when I was working full-time, I work a lot but I have a lot more control over my work.

“I have more flexible times - there's not many weekends when I don't do some work, but on the other hand if I want to take an extra day to go to Margaret River, well, I can take it, I don't have to account to any employer, I don't have to take a sickie (laughs).

“But I keep very, very busy, I mean there wouldn't be a week go by that people don't seek my advice ... but mostly they're not seeking to pay for it (laughs).

“I can't remember having ever knocked anyone back though."

Looking back at his career in politics, Mr Hassell remains frustrated by the corruption that plagued state politics in the 1980s.

He was leader of the opposition in 1984 following Brian Burke's election for a second term as Labor premier, during an era best known for the WA Inc scandals.

“The era I was in politics with Mr Burke and co was a very difficult era in some respects, but politics is more civilised now in the state," Mr Hassell says.

“At least now the premier and the leader of the opposition can talk to each other civilly.

‘'Brian Burke was so obsessed with power.

“That is what took up so much of my political career, sadly, because there were better things to do.

Mr Hassell says while he left politics a long time ago, he departed with no regrets.

“I left with great deliberation, and unlike many politicians I left at a time of my own choosing; I was kicked out neither by my electorate nor my party," he says.

“I resigned, so I chose my time and my reasons and my place.

“I have never regretted leaving, and as for my public profile, I still find there are a few people who remember I was once around, but I think they must be very old and must have a long memory."

Biggest influence on your political career?

I don't think you could go past Sir Charles Court. He was an incredible leader who brought Western Australia out of obscurity both economically and socially, and into prominence in Australia as a state with the most important exports in the nation.

Although it's a negative thing (being in opposition is difficult), I would like to be particularly remembered for having always stood out and fought every step of the way against the corruption of government during the [Brian] Burke era.

Would you run for local government?

I play tennis, I walk the dog every day, we play bridge, I read a bit, we have a house at Margaret River and we go down there once a month, so between all the jobs that I do and these things, I lead a very full life.