Preserving the state’s mineral wealth will be of paramount importance in the months ahead. 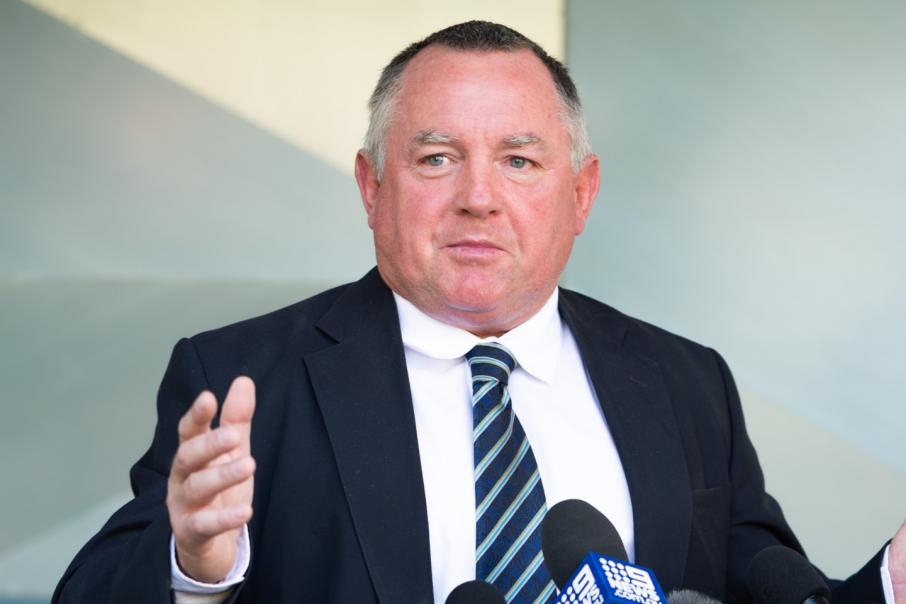 Oil production in the Lone Star State had boomed on the back of the previous decade’s energy crisis, triggered by an OPEC embargo targeting Western nations that supported Israel during the Yom Kippur War, then worsening after the Iranian Revolution in 1979.

By the time investment flowed through and production began, however, demand had fallen; international markets were awash with oil at the same time as most countries had switched to gas and coal as a baseload power source.

Texans bore the brunt of declining margins, with passenger cars and heavy vehicles across the state throughout the decade bearing a now-infamous bumper sticker bemoaning the state’s narrow dependence on oil reserves for wealth.

Loosely paraphrased, it read: ‘Please God, give us another oil boom; we promise not to waste it this time’.

Western Australians would be familiar with the sentiment.

The discovery of iron ore deposits in the Pilbara in the 1950s boosted WA’s growth well into the 1970s, with the likes of Lang Hancock and Peter Wright earning great fortune and widespread recognition for their business ventures.

But it wasn’t until the 2000s that iron ore prices began peaking above $US100 per tonne and started gilding state coffers, with a gradual fall in commodity prices in the 2010s sinking WA into an extended contraction.

Now, as the state racks up consecutive surpluses – one of few jurisdictions in the world to do so in the past two years – WA is once again at the apex of a boom, flush with billions of dollars in mineral wealth.

Most industry groups now have directed their attention to the issue of workforce shortages.

KPMG, which surveys business leaders annually to assess what keeps them up at night, this year found worker shortages sat alongside existential risks such as climate change as a matter of pressing urgency.

“The response to the coronavirus of closing our borders is now leaving businesses across the board urgently requiring additional people resources,” Alison Kitchen and Brendan Rynne, KPMG’s chair and chief economist, respectively, and the report’s authors, wrote.

“But the challenge is more than just simple numbers; it is also about skills and talent, and this extends beyond new hires and into retraining and repurposing existing staff as market demand increases and evolves.”

Comparatively speaking, commentary about an impending downturn in the mining industry’s fortunes has been lacking.

That’s despite plentiful evidence – in the latest state budget, no less – that iron ore revenues are likely to revert to pre-pandemic levels far quicker than anticipated.

Analysis of royalty income tucked away in the budget’s risk statement notes the Vale dam disaster in Brazil, coupled with massive stimulus programs in China following the outbreak of COVID-19 in the first half of 2020, had massively inflated the price of iron ore during the past 18 months.

Increased supply and a reduction in public spending through Asia over the coming years explains why treasury officials have assumed the average annual price will halve from US$121/t to US$66/t next year, which is assumed to hold steady well into the middle of the decade.

Mining companies will be the most obvious casualty from a contraction in the iron ore price. So, too, will the $10 billion pot of royalty revenue from which the state government has been able to draw down over the past two years to pay off debt and back major infrastructure packages.

Meanwhile, as budget papers illustrate, shrinking margins in the mining sector are likely to dent earnings from payroll tax, given the sector is the state’s largest employer, leading to cascading falls in consumer spending and other revenue streams.

However, forecast growth of 3.5 per cent in the 2022 financial year is in line with rates recorded during the state’s previous mining boom, indicating many months yet of record profits for ASX-listed mining companies and at least one year of handsome state finances.

After that, WA can expect a return to the years of anaemic growth that dragged on industry through the mid-2010s, with gross state product increasing at between 1 and 1.5 per cent through to 2025.

Taken from a distance, such sluggish growth would hardly be the worst possible outcome for the state.

Data from the Australian Bureau of Statistics shows previous mining booms have coincided with GSP growth of more than double the current rate of 2.6 per cent, with bigger busts in 2009, when growth dipped below 1 per cent in the aftermath of the GFC, and 2017, when the economy contracted by close to 3 per cent.

That period, widely recognised as a nadir in WA’s economic management, came amid significant headwinds in the form of credit rating markdowns and spiralling budget deficits caused in large part by falling commodities prices.

Labor campaigned ahead of the 2017 poll on its ability to fix the state’s economy with plentiful jobs across manufacturing, tourism, and services industries.

Even as the state has returned to surplus and redeemed its borrowing status, royalty income as a share of revenue is projected to creep up in the year to June, from 18 per cent when Labor came to office to 27 per cent.

That would make it by far WA’s largest source of income.

“Give the state government its due; it hasn’t increased debt levels,” Steve Thomas, the opposition’s treasury spokesperson, said.

“The problem is that it hasn’t used the boom time to convert the economy and prepare it for the non-boom time.

“When you’ve got an iron ore price over $US90/t, it’s a windfall. Successive governments have had windfalls, but the McGowan government has had the most money in a compressed amount of time with unheard of budget surpluses.

“What nobody has been able to do, or show any interest in, is convert the economy and try and get out of the boom-bust cycles.”

WA is hardly the only jurisdiction in Australia to owe its prosperity to mineral wealth.

Similarly, were it not for significant gas, uranium and bauxite reserves, the Northern Territory would be almost entirely dependent upon tourism and the public sector for employment.

For WA, though, which has made a virtue of its bulging coffers and closed border, managing the wealth it has earned from the resources sector is likely to come to the fore in coming months as the state more closely resembles the rest of the country in how it manages the COVID-19 pandemic.

The creation of a special account to store and spend excess mining royalties may yet again enter public debate.

At least one radical example of this is in the US state of Alaska, where the creation of a permanent fund in the 1970s ensures excess wealth from royalties is redistributed directly to residents, who return it to the system via consumer spending.

A more mainstream example of this can be seen in Norway, where tax revenue earned from oil, gas and coal has been devoted to a sovereign wealth fund which, rather than sending cash back to the country’s central bank, reinvests the money into shares and property.

Economist and founder of Tasmania-based outfit Corinna Economic Advisory, Saul Eslake, had argued in favour of WA establishing such a fund in the late 2000s, just as the state’s mining industry was going into a significant boom period.

While he notes these funds remain popular in Singapore, China and South Korea, which are traditionally not dependent on resources for their economic fortunes, Mr Eslake notes it may be too late to pursue such a reform.

“All of this is a bit moot because this hasn’t been done during the phase of the boom, and therefore it’s a bit moot to be [addressing it] when you’re over the hill,” he said.

Still, mining could yet prove WA’s saviour if the iron ore price does plunge.

Lithium, which is set to feature as a significant part of battery manufacturing, is in abundance in the state’s Pilbara region, with several explorers already making headway on this front.

Increased support for manufacturing is also a key plank of the state government’s second-term agenda, with a focus on supporting the creation of an advanced hub on Perth’s south-west coast going some way to fixing long-standing issues with WA’s lack of economic diversity.

Whether policymakers and business leaders begin considering the economic reforms necessary to smooth out the boom-bust cycle will likely depend on how hard the iron ore price dives in the months ahead.

“It [economic reform] requires us as politicians to raise our standards and our game, but it also is going to require the public to step up and demand that,” Dr Thomas said.

“If I try and get a sensible economic divide going and the public, ultimately, is only interested in who’s going to give them the most at the next election and that’s how they vote, I’m wasting my time.

“That ultimately might be the case; I’m kind of hoping that it’s not.”