New chair Jan Stewart will be looking to grow awareness and financial support for the intergenerational Raine health study. 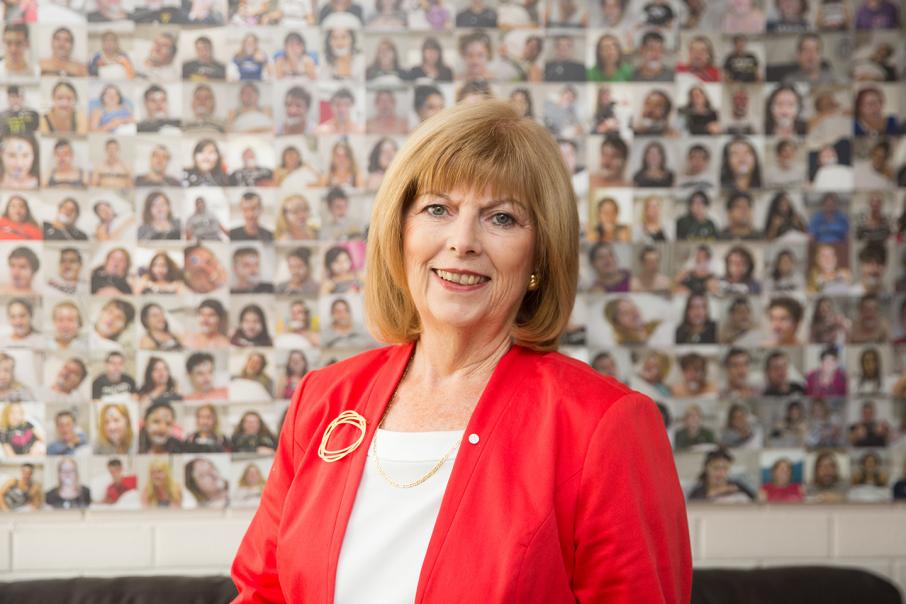 While some business leaders choose to spend their retirement enjoying downtime after years of high-pressure, high-energy work, Jan Stewart has taken a different approach.

Since she left Lotterywest in December 2014 after 22 years as chief executive, Mrs Stewart has been busy building a bulging portfolio of not-for-profit board positions with WA Opera, MercyCare, Harry Perkins Institute of Medical Research, Country Arts, St Bartholomew’s House, the Feilman Foundation, and the Advisory Committee of the Centre for Social Impact.

To this list she recently added the role of chair at The Raine Study.

Established in 1989 and based in Western Australia, The Raine Study is considered to be one of the largest and most successful birth cohorts in the world.

The study has followed 2,900 pregnant women and their subsequent 2,868 children to analyse human health and wellbeing, generating an extensive bank of data relevant to pregnancy, childhood, adolescence and now early adulthood.

For a multigenerational undertaking of almost three decades, The Raine Study has a modest level of awareness in the general community.

As the new chair, that is a priority Mrs Stewart will look to address.

“Like many organisations it hopes that it could build up a foundation or a corpus of donations and ultimately generate a revenue stream; that’s not easy,” Mrs Stewart said.

She said she would focus on generating awareness to attract philanthropic support.

“It’s about promoting The Raine Study to people who are seriously interested in using their own wealth to contribute to the improvement of human health and wellbeing, because I’m not sure that people fully understand The Raine Study,” Mrs Stewart told Business News.

Having been at the helm of Lotterywest from 1992 to 2014, originally joining as a consultant for grant-making decisions, Mrs Stewart is familiar with strategic decision-making, rebranding, and grant-giving processes.

Oz Lotto, Powerball and Set for Life are major sources of income for Lotterywest, and games established under Mrs Stewart’s tenure.

Mrs Stewart said she picked up additional skills as acting general manager of the West Australian Ballet in 2016.

“I thought I knew a lot about  the arts sector, but being on other end of things trying to attract money was a learning curve,” she said.

With The Raine Study celebrating 30 years in 2019, Mrs Stewart said it was planning on leveraging that opportunity to tell its story in an effort to grow support.

Commercialisation of work done to date would be another avenue to explore.

“The aim of medical research ultimately is to commercialise while thinking about what are the pros and cons of doing that and how would you do that in a way that’s ethical and appropriate,” she said.

“(The Raine Study needs) to use the work that’s been done for so many years to generate an income stream and support new work into the future.

“The study has had some approaches from commercial bodies, so there is some awareness of the value of the data, but in this climate of people’s sensitivities with using data, we’re in the early stages.”

Since inception, The Raine Study has: established the standard for safe, routine prenatal ultrasound scanning worldwide; identified genes associated with lung function, birthweight, puberty and language development; found better quality diet in adolescence related to better academic performance; and that breastfeeding for longer led to better health and behaviour, among other findings.

Mrs Stewart said the work completed thus far had been made possible by the support of the Raine Medical Research Foundation, established by the late Mary Raine who owned Raine Square, and funding from the National Health and Medical Research Council.

“One of the things that attracted me to The Raine Study is that this board is a collaboration of every university so there are very senior people from each university in WA sitting at that table now,” Mrs Stewart said.

“So I think what I bring to them and their two directors, who are extremely talented professors, is really just helping them work out how they can take the study to the next level, and again, there’ll be the question of their financial sustainability and our positioning for that.”

She said while some people preferred to delve into creative endeavours during their retirement, her skills and passions resided within business.

“I have some capacity to contribute to the community and while I can that’s how I’d like to spend my retirement,” Mrs Stewart said.