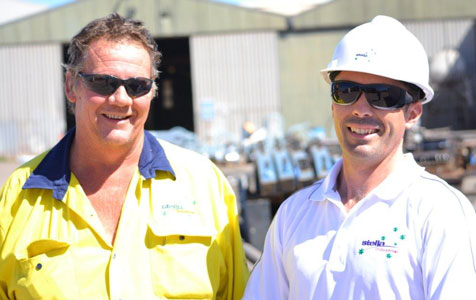 Mr Iannello said the work would be undertaken over the coming year and was expected to create up to 60 jobs.

Stella was established by the Iannello family in 2010, three years after they sold their original business Total Corrosion Control to UK company Cape plc.

Mr Iannello briefly worked with NSW-based contractor Giovenco Industries, which had been looking to break into WA, before establishing the new business with family members and some of the original TCC backers.

It has already been contracted by CB&I to complete the surface treatment coatings for the floor and roof plates of the condensate tanks.

This work was undertaken at Stella’s Kwinana workshop while the company also has a Gorgon project office at Fremantle.