Hasty protectionism of uncompetitive businesses can have a magnified impact on other companies. 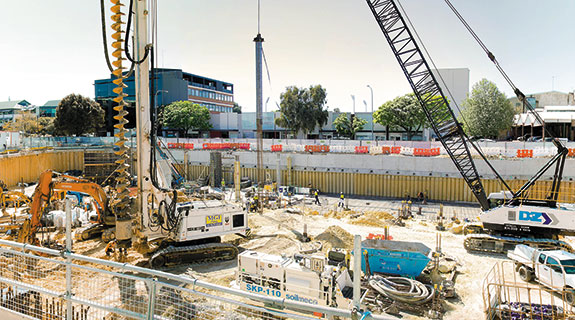 Hasty protectionism of uncompetitive businesses can have a magnified impact on other companies.

A local provider of reinforced steel products has warned of job losses down the supply chain if proposed regulations designed to assist struggling steel manufacturer Arrium are implemented.

Best Bar managing director Grant Johnston says suggestions floated by federal Labor, among others, for tougher local content laws, obliging companies such as his to use locally milled steel, would mean higher costs, which would eventually flow through to project proponents such as state governments or resources companies.

He said Best Bar, which has offices in Perth, Kwinana and Wangara (as well as in other states), was already battling anti-dumping duties recently levied by the federal government on steel from a Singapore mill, with which it has been doing business for nearly 20 years.

Tougher local content laws would give Arrium, which owns the only arc furnaces in Australia, a monopoly for a particular type of production, yet would not deal with the fundamental issues hitting competitiveness, according to Mr Johnston.

Mr Johnston suggested there could be casualties in Western Australia, where the market was already struggling.

“I feel sorry for those people in Whyalla but I also have my own people to protect,” he said.

“If they keep going the way they’re going they could send us out of business.”

“What they’re (Arrium) trying to do is wipe a brush over the top of all steel,” Mr Johnston said.

“What they’ve left out … reinforcing steel, which makes up 60 per cent of their income, doesn’t come from Whyalla, it comes from arc furnaces.”

“They do very well in their rebar business yet they’re using this opportunity with Whyalla to put even further pressure on a market they already have 80 per cent market share of.”

“The problem that Whyalla faces is that it’s seriously not profitable now,” Mr Johnston said.

“It’s going to have to, in probably three or four years’ time, have a major upgrade of its blast furnace.

“Those relines can cost anywhere between $200 million and $300 million.”

So even if it were saved in the short term by government intervention, there would be long-term issues, he said.

Mr Johnston said the government should be more interested in the downstream processing part of the industry, as it employs four times more people.

Instead it was listening to a business that had made poor decisions along the way, he said.

A US study has found that each job saved by steel tariffs, like those imposed on Best Bar’s supplier Natsteel, came at the cost of three jobs in steel-using industries and caused large economic distortions.

Arrium, which has operations in Newcastle and Whyalla, went into voluntary administration in early April. That followed a seven-year descent in the company’s share price and a failed bid to move into iron ore mining.

For South Australia, it is representative of longer-term issues in its manufacturing industry, where defence work and car making have been unable to compete with foreign producers.

By contrast, Bluescope Steel, which operates facilities in Illawarra, has had a share price rise of more than 80 per cent in the 12 months to the time of writing.

That company engaged in a huge cost reduction campaign in November, which included a union backed pay freeze and 500 job losses.