Office vacancies in Perth’s CBD have peaked, according to some in the commercial property sector, with markets expected to stabilise as construction of new offices slows. 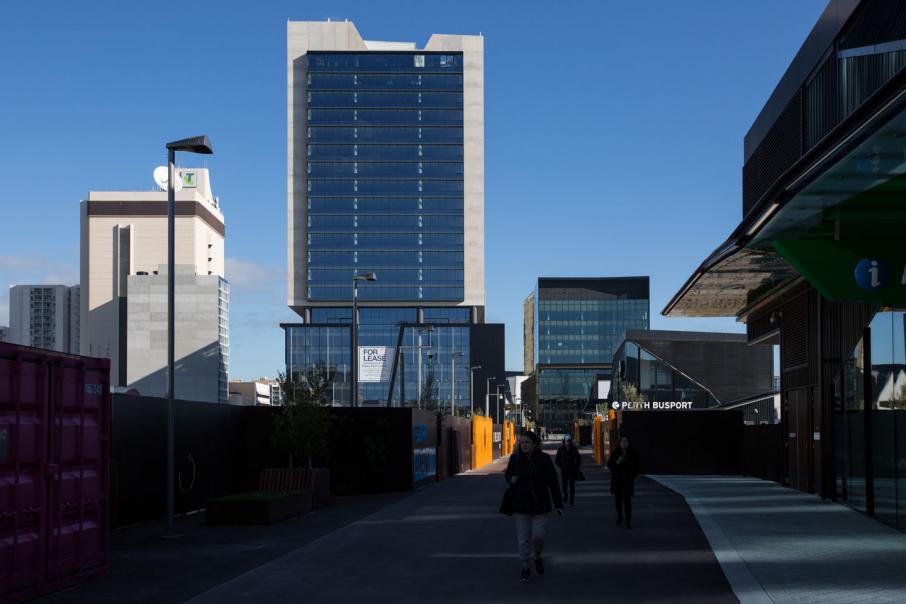 KS1 at Kings Square is one of Perth's most prominent empty office properties. Photo: Attila Csaszar

Office vacancies in Perth’s CBD have peaked, according to some in the commercial property sector, with markets expected to stabilise as construction of new offices slows.

The Property Council of Australia today released its twice-yearly analysis of office markets around the country, which showed Perth’s office vacancy rate had grown to 22.5 per cent.

The report showed 12,004 square metres of office space became vacant in the six months to the end of January, making Perth the worst-performing CBD market in Australia.

In West Perth, the Property Council said, the office vacancy rate increased from 14.8 per cent to 17.9 per cent over the same period.

However, Property Council WA executive director Lino Iacomella said he expected the CBD vacancy rate to stay steady in 2017, with Perth at the end of a decade-long office supply boom.

“We can expect the focus of construction activity in 2017 to move to building upgrades and re-adaption as older buildings face the pressure of much higher vacancies and the competition from new buildings in the CBD,” he said.

CBRE senior director Andrew Denny said he believed the CBD was now at peak vacancy, with the increase in empty space the smallest rise since vacancies started blowing out in 2012.

“The other key factors leading to an improved market include significantly increased transaction levels in the last five months of 2016, including a strong movement of tenants form the suburbs, particularly West Perth to the CBD,” he said.

Mr Denny said another key indicator was that vacancies in premium buildings fell to 16 per cent in the last six months of 2016, from 16.7 per cent at the end of July.

“We expect rents and incentives to now stabilise at the premium end of the market,” he said.

The Property Council report follows two other recent reports into Perth’s commercial property market, which were not as optimistic.

Y Research founder Damian Stone said the last time the vacancy rate was so high was in the early 1990s.

He said downsizing in the iron ore sector had driven the spike in vacancies in recent years, while flagging a new challenge for the market in 2017, as oil and gas firms reduce their office footprints.

And midway through last month, BIS Shrapnel released its analysis of Perth office markets, saying the downturn had at least 18 months to run.

BIS Shrapnel said landlords in Perth had been reeling since 2012, with average prime rents down 22 per cent and effective rents, which include leasing incentives, plunging 63 per cent over the same period.

BIS Shrapnel said Perth’s vacancy rate was around 22 per cent, but warned landlords and agents against hoping for a better year in 2017 because there would be few, if any, new office completions.

“The problem for the Perth office market is not supply, it is demand,” BIS Shrapnel senior project manager Lee Walker said.

BIS Shrapnel flagged a small increase in Perth office vacancies in 2018, with Woodside Plaza to come to market after its naming rights tenant moves to its new headquarters at Capital Square (currently under construction).

Mr Walker said he expected average prime net rents would be 7 per cent lower than they were now, with further falls forecast in 2018.

“This is certainly not the good news building owners would like to hear as we start 2017,” he said.