Status quo on rates as money moves out of energy stocks

Interest rates are likely to remain low, in the medium term at least, as the machinations of the world energy market play out. 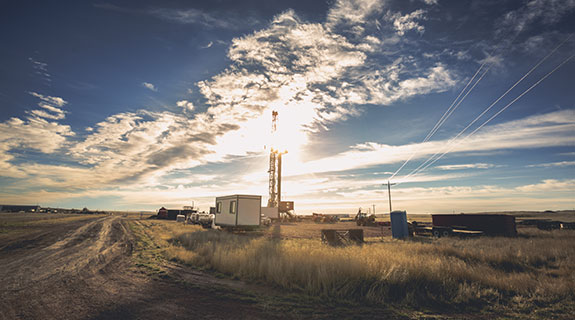 Interest rates are likely to remain low, in the medium term at least, as the machinations of the world energy market play out.

IN my previous article for Business News (http://www.businessnews.com.au/article/Why-is-there-no-upward-pressure-on-interest-rates), I discussed the debate about the expected path of global interest rates.

In that article, published on January 6, I concluded that the global ‘liquidity flood’ would continue in the advanced economies, keeping interest rates on internationally traded bonds low. The two key factors identified were the recovery in the US, which is directing financial flows there and appreciating the $US, and continued stagnation in Europe and Japan.

In Europe, this makes it almost certain that the European Central Bank will join the US Federal Reserve, the Bank of Japan and the Bank of England in implementing unconventional monetary policy, implying the printing of euros to purchase internationally traded long-term bonds and related instruments.

The conclusion based on these observations was that it is unlikely there will be interest rate rises in the US in the near future, and so it would be some time before we can expect a financial tightening at Australia’s doorstep.

So what is the role of the recent dramatic decline in petroleum prices? This has arisen mainly because of rising supply from oil shale in the US.  According to the US Energy Information Administration, American petroleum stocks are currently well above what is expected for this time of year. There are also demand-side factors, however, that include the economic slowdown in China and the stagnation in Europe and Japan, which are said to explain almost half of the petroleum price decline.

And then there is the question as to why OPEC has not accommodated these changes to sustain international prices. Commonly, Saudi Arabia has adjusted its considerable excess supply to protect its export price, but this is not happening this time.  Conspiracy theories abound, though it is clear that political solidarity among OPEC members is weaker than it has been, particularly between Saudi Arabia and Iran, so the Saudis have opted for maintenance of market share.

The link to interest rates begins with portfolio adjustments in response to this change in oil prices.  The associated retreat from energy stocks has led to a surge in the demand for US Treasury bonds, which are considered a safe (if temporary) alternative and which offer higher yields than government bonds in Europe or Japan, not to mention affording likely gains from $US appreciation.

This complements the story given previously, that the US recovery and rebalancing in favour of US assets are raising foreign and domestic private demand for US Treasuries. It helps explain why US long-bond prices have tended higher in spite of the end of purchases by the Fed in October, and hence why their yields have declined during the same period.

The less direct effect of energy prices on yields acts through general economic performance and monetary policy. Energy is a key input into production, strongly affecting costs. It also weighs heavily, both directly and via the prices of energy intensive products, in price indices that are used as targets of monetary policy.

Because a lower petroleum price reduces production costs, it tends to reduce price indices, raising the spectre of deflation. This is feared more than inflation by most monetary authorities because it tends to reduce employment and investment.  Their response is to expand money supplies, so as to prevent falls in the prices of goods in terms of money. In so doing their actions reduce yields on both long and short instruments.