State undoes deals at its peril

State agreements are not done on a handshake or the back of a serviette – unwinding contracts is a fraught enterprise. 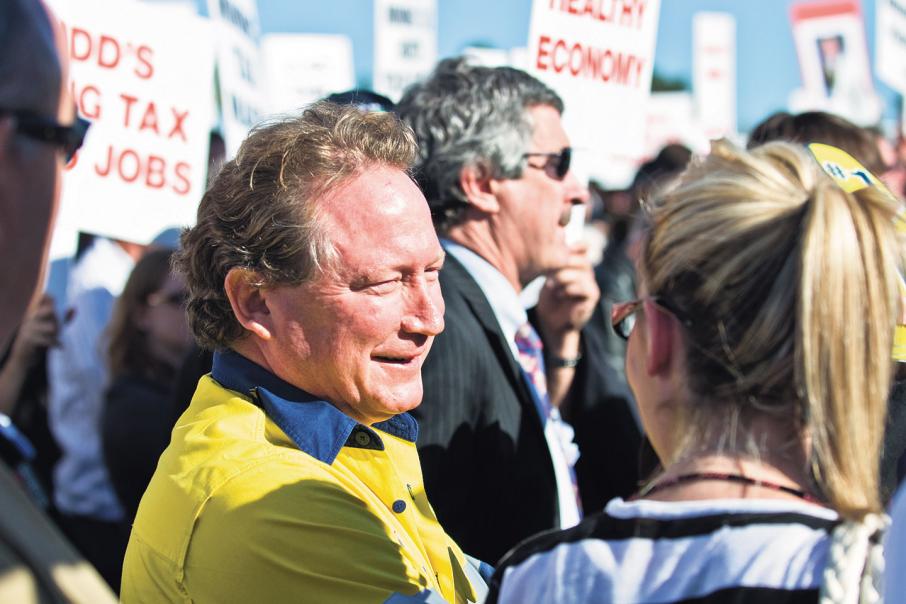 State agreements are not done on a handshake or the back of a serviette – unwinding contracts is a fraught enterprise.

Among the most important roles for all governments is oversight of the rule of law, the maintenance of a civil society where people can get about their daily lives, including commerce, with a high degree of certainty.

One of those rules concerns the value of contracts. Once signed, agreements ought to be honoured. That includes, especially, those signed by governments themselves, because anything otherwise is hypocrisy and creates the opposite of certainty – sovereign risk.

So it is with some concern that I see various politicians looking to consign to history agreements signed (presumably) in good faith. The GST implemented around the turn of the century is an example.

Despite being a key figure in the state government that signed Western Australia up to the GST, Premier Colin Barnett wants it changed to suit his own spending patterns. He is not alone in that respect, but few local politicians have stamped the ground as fiercely as the premier as he blames the GST for his fiscal issues.

Despite Mr Barnett’s pointless tantrums, he has no hope of changing it. That was the point when the deal was done.

For those politicians unable to remember this simple rule – don’t sign anything without thinking through the possible consequences – there are the twin backups of a bureaucracy at their beck and call, and the very public processes of parliamentary inquiry.

Yet they still get things wrong. Apparently.

More recently, Nationals WA leader Brendon Grylls has proposed unwinding state agreements with two major companies, Rio Tinto and BHP Billiton, in order to raise to $5 per tonne a lease fee that was struck at 25 cents per tonne in the 1960s.

In terms of changing the rules to suit, Mr Grylls follows in the footsteps of former prime minister Kevin Rudd and his treasurer, Wayne Swan, with their ill-fated mining tax.

I am at a loss to understand Mr Grylls’ logic, beyond the knowledge learned by many a journalist that the bigger the target you seek, the greater the guaranteed level of public interest.

Mining royalties have recently been successfully renegotiated upwards, so why some obscure ‘lease’ charge is now targeted is beyond me, other than being a tax grab.

Rio employees across the country also paid more than $1 billion in taxes to the federal government last year. I would estimate about two thirds of that would have flowed to WA if a previous generation of the states’ political leaders had not permanently signed over income tax collection obligations to the Commonwealth in order to fund the war effort in the 1940s.

Mr Grylls wants to break a long-term agreement with these companies, or their predecessors, in order to press for changes in the way the GST is allocated.

I will spare the details in how forlorn this plan is – due to the fact that, by raising more money WA will forsake more GST, further reducing the incentive for other states to change the deal – but the fact that it relies on going back on the word of his predecessors is the bit that I find galling.

Clearly, when the state signed up for the original lease deal our state’s leaders received what they wanted. Presumably becoming the global industry we have and considerable regional development was part of the plan. If so, it succeeded. Why chuck a tantrum now when we got what they wanted for us?

By comparison, history shows that when the state struck deals to build the water pipeline to the Goldfields and the gas pipeline from the Pilbara, there was considerable (at times shameful) political opposition to these projects. Such contracts were risky but the results have been spectacularly successful.

If the deals struck for iron ore lease rates in the 1960s and around the GST less than two decades ago fail to seem so visionary, perhaps the agreements were designed to be safer in the short term for those signing them, avoiding the thorough political examination that seems to have come with more successful outcomes.

I worry for the state when politicians trash a history of law-abiding actions for short-term outcomes. That is the real risk, a sovereign risk.