SPECIAL REPORT: Power and influence in WA is adjusting to a new order after the boom. 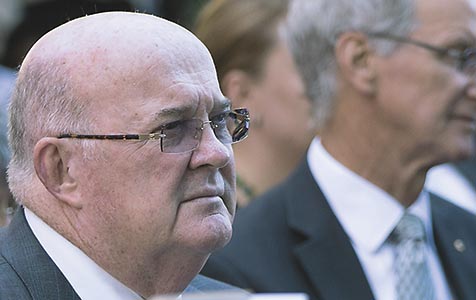 Power and influence in WA is adjusting to a new order after the boom.

For the better part of a decade, the people and companies exerting the greatest influence on the business sector have been those behind the biggest projects – the major players writing the cheques.

Not only did they spend big to get things done, they outbid smaller rivals and other industries for the services they needed.

And to win political and community approval for their projects, their largesse extended beyond the normal supplier base.

Rio Tinto, BHP Billiton and Chevron Australia stand out, but they are not alone. Fortescue Metals Group, Woodside Petroleum and a host of other resources players were on the lips of everyone as Western Australia shifted economic gears and, with barely a change in acceleration, powered through the GFC.

But booms end and chequebooks close.

With iron ore prices slipping, the big end of the mining sector has stopped its massive expansion and started to cut costs. Gina Rinehart is the lone player in the major mining projects game, her position of influence strengthened by the lack of competition for suppliers to her Roy Hill iron ore joint venture.

The LNG sector has been less brutal but its focus has changed from expensive land-locked ventures to more flexible floating options. With less opportunity for local economic development, that makes the oil and gas players far less influential. To ensure they stay at the top of the food chain of influence they will have to show that floating LNG offers a long-term future for business in this state.

It is not clear that they have stated that case conclusively at this stage.

The slowing of major resources development has provided oxygen for others to breathe.

More women have entered the list this year. Most notable are Diane Smith-Gander, whose already considerable non-executive portfolio was boosted by her ascension to the chair of Transfield, and Deidre Willmott, whose appointment as Chamber of Commerce and Industry WA CEO gives the peak industry body even more political clout. Also at CCI, new president Tracey Horton is an increasingly influential board player.

On the eve of their departure from Government House it might seem a contradiction to elevate governor Malcolm McCusker and his wife, Tonya, to our list, but in some ways they have exhausted the benefits of the position in terms of a platform for raising the profile of philanthropy. They now have everyone’s attention and, as private citizens, more flexibility in what they can do and say.

It is hard to believe that, barely a year after winning a landslide state election, the Liberal government is widely perceived as being in disarray following the departure or intended retirement of several senior players. Premier Colin Barnett was seen as firmly in control even before those political leaders around him stumbled or decided to move on; now he is viewed as a lone hand.

There are three winners from this change.

The opposition has had fresh wind blown into its sails and a chance to make solid gains. However, apart from a consistent attack in the prisons sector, most of the government’s bad news so far seems to have been self-inflicted.

By default, the bureaucracy in the Department of the Premier and Cabinet, run by Peter Conran, and Mr Barnett’s other portfolio of state development, are now considered even more influential.

And, finally, a host of new Liberal talent has been offered a chance to perform. Although the perception of a sinking ship might be the immediate problem, the government has almost three years remaining in power and a healthy majority to play with.

New Treasurer Mike Nahan has played it cool with a budget that was not as radical as his background would suggest it might have been. Watch this space.

The elevation of Dean Nalder to transport minister has marked him as some to watch, but other cabinet players such as Police Minister Liza Harvey are also keen to improve their position.

The Nationals remain an important group led by the capable Terry Redman.