The opposition has slammed the state government's rush to revive the SDAU, labelling the deferral of its permanent replacement an admission it is flawed. 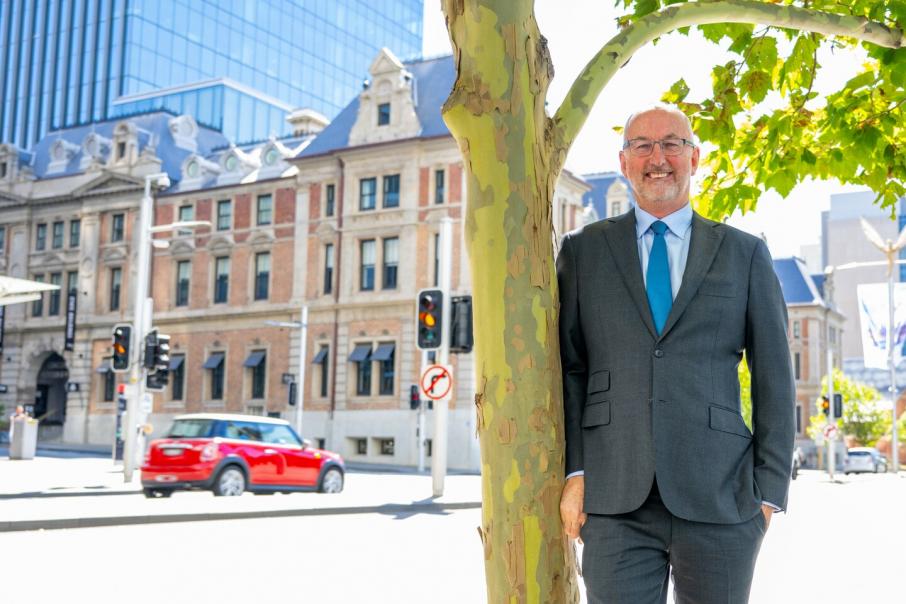 Neil Thomson said he was appalled by the “ad-hoc” decision and that the SDAU’s extension was unnecessary. Photo: David Henry

The opposition has slammed the state government over its rush to revive a temporary COVID development pathway that "operated in the shadows", labelling the deferral of its permanent replacement an admission it is flawed.

Yesterday, the state government announced the introduction of the Planning and Development Amendment Bill 2022, with provisions to reopen the State Development Assessment Unit for significant projects until December 2023.

The bill features a provision that would allow developers with approved projects to apply for a one-off extension to the start date for construction.

In a shock move, the government also announced the deferral of its proposed permanent replacement, a Special Matters Development Assessment Panel.

Planning Minister Rita Saffioti said the move was designed to allow developers the opportunity to seek extension to construction commencement deadlines and alleviate pressure on the overheated market.

But Shadow Planning Minister Neil Thomson said he was appalled by the “ad-hoc” decision and that the SDAU’s extension was unnecessary.

“I am appalled that the Minister is looking to extend a system which seems to operate in the shadows, overriding the will of the people as it is not captured through a comprehensive strategic planning process,” he said.

“When this system was first introduced in 2020, everything was uncertain, including the economic stability of the state, and the argument was that planning shortcuts through Part 17 of the Act were designed to ensure projects could proceed to stimulate the economy and create job opportunities.

“We now have an overheated market with labour and supply chain roadblocks, the question is why are we trying to stimulate that market further?”

Mr Thomson said it was clear the government had not been able to organise the Development Assessment Panel reforms and had resorted to a “sledgehammer” approach.

“We should not be letting more projects into this flawed system, with an overheated market pushing up prices,” he said.

“New projects should not be considered under this arrangement.

“This is an admission that the proposed Special Matters Development Assessment Panel is flawed and no amount of spin, or urgency, can cover the Minister for Planning’s inability to lead a comprehensive reform process that doesn’t trigger the need for band-aid solutions.”

The pathway operated from July 2020 until December last year, with 50 projects lodged worth more than $5 billion.

The process drew the ire of various councils, which believed it was being used by developers to push through non-compliant projects and bypass local governments in pursuit of variations to restrictions on height, bulk and scale.

Among them was the state’s peak local government body WALGA.

In a statement released today, WALGA president Karen Chappel said the body could not see a reasonable justification for the extension of the SDAU, which she said allowed developers to ignore and override local planning schemes.

“These schemes reflect community aspirations for future planning and development in their towns and suburbs and strike a balance between growth and protecting the unique character of our neighbourhoods.

“We cannot see a reasonable justification for the extended use of these extraordinary powers, particularly the argument that the existing planning approval pathways do not provide sufficient certainty for industry.”

She said data collected by WALGA had proven the existing pathways were perfectly efficient and consistent.

The move has been backed by the property industry, including the state branches of the Property Council of Australia and the Urban Development Institute of Australia.

Ms Saffioti stood by the decision, telling Business News the SDAU and the reforms being delivered would boost housing supply, encourage urban infill and create a pipeline of work that would sustain the longer term recovery of WA.

“Although the construction sector remains strong, it is undoubtedly facing difficulties with material supply lines, skilled worker shortages and escalation costs,” she said.

“Over the past few months these challenges have created project uncertainty and put jobs and new development opportunities at risk – projects are being deferred.

“The intention of the SDAU and our reforms is to help the development sector forward-plan their investment pipeline for major, innovative projects and to continue to stimulate economic growth in WA.

“Extending the Part 17 pathway while we undertake more work to refine the Special Matters Dap will further help the development sector deliver significant projects and alleviate the risk of project deferrals.

“This is an interim measure while we undertake further work on the permanent pathway to deliver important development outcomes for Western Australians.”