Developer Sirona Capital says it is keen to build on and enhance the fabric of Fremantle, after the state government confirmed it would shift three agencies to the port city today, paving the way for a $250 million-plus redevelopment of King’s Square. 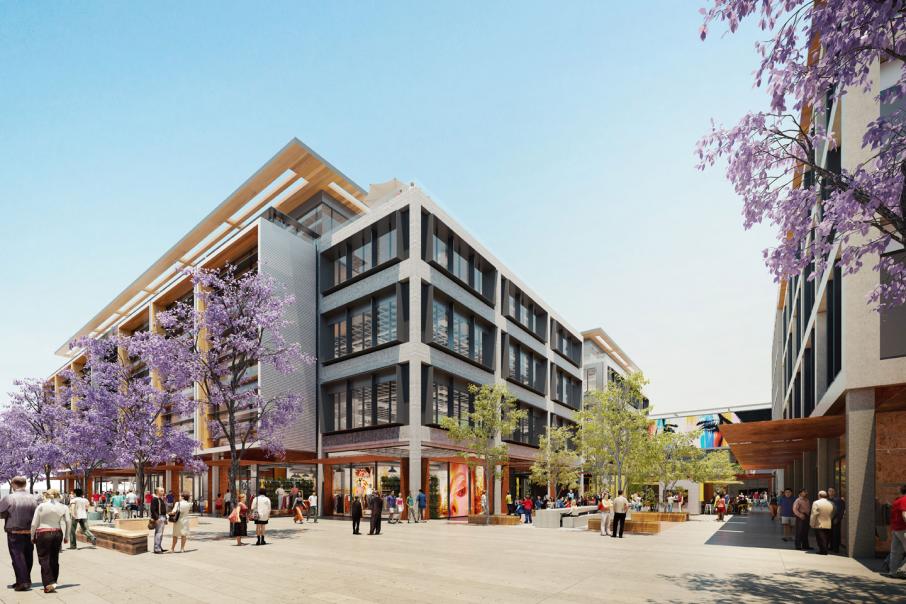 Developer Sirona Capital says it is keen to build on and enhance the fabric of Fremantle, after the state government confirmed it would shift three agencies to the port city today, paving the way for a $250 million-plus redevelopment of King’s Square.

Premier Colin Barnett and Finance Minister Sean L’Estrange were on hand in Fremantle today to announce that the Housing Authority, the Department of Corrective Services and the Department of Transport would take a 17,200 square metre lease in a new building to be developed by Sirona.

The lease term is for 15 years, with two options at highly competitive rates.

The announcement ends years of speculation over the move, which was first flagged when the government began its office decentralisation program in 2013.

Mr Barnett said there would be considerable economic benefits from delivering 1,500 public servants to Fremantle’s CBD.

Construction is expected to start next July.

Sirona Capital managing director Matthew McNeilly said the project had the potential to be transformative for Fremantle, in more ways than adding a working population.

“Kings Square is a great opportunity to clean up a significant piece of Fremantle, and hopefully what we do will permeate out from there and make a real difference,” Mr McNeilly told Business News.

“The retail part is critical; people are going to remember us for whether we can deliver a really vibrant town centre precinct.

“As a town square, which is what Kings Square ultimately is, we want to see real vibrancy, lots of people, lots of events, festivals, so we’ve designed our commercial precinct with a lot of that in mind.

“There will be a fair degree of entertainment provided, and my objective for Fremantle and I’ve said this out loud in Fremantle for anyone that’s prepared to listen, is we want to see Fremantle become the day trip destination of choice for people in the Perth metro area.”

However, Mr McNeilly said Sirona would be careful not to alter the existing fabric of Fremantle in delivering the project, with a fresh development application to focus on enhancing the building's public facilities.

“I still want to see Fremantle retain its granular hipster/grunge character, whatever you want to call it, but we want it to retain the vibe that it currently has,” he said.

“In essence, it’s a turnaround story but there is a lot of Fremantle that is already right.

“It’s got great tourism, great festivals, arts, culture, the heritage of the city.

“It’s got a lot of existing infrastructure that you need for a great city, a hospital, a university, all those sorts of things, so the thing that’s just been lacking is a resident population.

“The hope with Kings Square, albeit it’s going to deliver 1,500 government office workers into the CBD, the real hope is that the amenity that the King’s Square development provides will be an attractor to a future resident population and more people will want to live there in the future.” Retail and hospitality amenity are a major focus for Sirona, with King's Lane expected to be a focal point of the development. Image: Sirona Capital.

Along with the office building and retail facilities developed by Sirona, the City of Fremantle will upgrade its administration centre and the public space at Kings Square, providing grassed areas, public art, a children’s playground, a new library and end of trip facilities.

Fremantle Mayor Brad Pettitt said the project would deliver a once-in-a-generation investment into the future of Fremantle.

“We’re pleased the state government has honoured its commitment to relocate a large workforce to Fremantle which will provide a much needed boost to the local economy and more importantly, has triggered construction to begin on one of the most important developments in our city’s long history,” Mr Pettitt said.

“Once completed, the project will generate more than 2,100 ongoing local jobs which will provide a massive boost to the vibrancy of the city centre and inject an extra $358m into the local economy.”

Mr L’Estrange said the relocation of the agencies would deliver net avoided costs of more than $53 million over 15 years.

"The construction of this office space is expected to directly employ 270 workers, with a further 140 involved in fitting out the building ready for occupation,’’ Mr L’Estrange said.

“Fremantle will also benefit from having about 1,500 additional agency staff working in the middle of the city."