The University of Western Australia has launched a new attempt to capitalise of the fruits of the fast-fading resources boom by highlighting the value of human capital that has created in fields such as engineering. 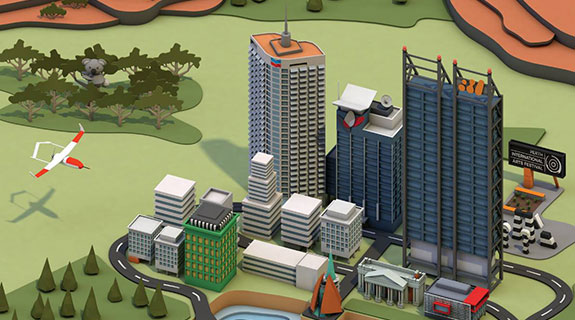 The University of Western Australia has launched a new attempt to capitalise of the fruits of the fast-fading resources boom by highlighting the value of human capital that has created in fields such as engineering.

Captured in a booklet  called State of Mind: Western Australia’s new landscape of innovation and opportunity, which was commission by the university’s Energy and Minerals Institute, UWA is highlighting the expertise and skills to be utilised in the next phase of economic development.

The book, which was created by consultancy Knowledge Society, uses imagery in the form of graphics to present a broader picture of what the rapid expansion of resources extraction industries has added to WA in terms of liveability, knowledge, intellectual property and connectivity to the rest of the world.

WA’s global reach via mining is also acknowledged through the hundreds of locally based companies that have overseas operations.

“The state now confronts a new era: one in which the world is hungry not just for minerals but for high technology, the analysis of big data and life-changing products,” UWA vice-chancellor Paul Johnson said in the book’s foreword.

Professor Johnson said the Pawsey Centre super computer and the proposed Square Kilometre Array were examples of valuable assets that would underpin the next growth opportunities for the state as resources boom waned.

He said the State of Mind project, launched in Singapore as part of the ‘In the Zone’ proceedings this week, aimed to ensure that the benefits of the boom were not overlooked or discarded.

“Its ambition is to encourage new perspectives on the state’s recent achievements and to stimulate policies and choices that allow it to capitalise on a rapidly changing landscape: to consolidate Western Australia’s status as a knowledge economy and regional centre for innovation,” Professor Johnson said.