The state is considering shifting control of industrial relations to the Commonwealth, in an effort to make it easier for small businesses to negotiate on issues such as penalty rates. 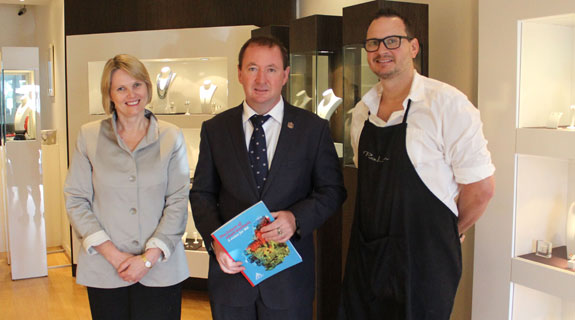 The state is considering shifting control of industrial relations to the Commonwealth, in an effort to make it easier for small businesses to negotiate on issues such as penalty rates.

Small Business Development Corporation Minister Joe Francis revealed this morning the decision was being considered because the Western Australian government believed it could speed up reform.

Mr Francis said while regulations made it easier for big businesses in WA to negotiate with the federal government and unions about penalty rates, the state’s IR laws were outdated, making it difficult for small businesses to do the same.

“If that’s going to be the fastest way to get a better outcome for small business then I think, as much as I believe in state’s rights, I also believe in getting the best outcome as quickly as possible,” he said.

“It’s not about handballing, it’s about saying that small businesses don’t have the resources to do what big business does, so why don’t we just put it all on the same playing field?”

The minister’s comments were prompted by today’s launch of the Chamber of Commerce and Industry of WA's small business vision document, in which chief executive Deidre Willmott called for three key reform areas.

Ms Willmott said small businesses, which account for 97 per cent of all WA businesses and employ 44 per cent of the state’s total workforce, were demanding simpler tax legislation, further red tape reductions and help with IR.

To that end, Ms Willmott welcomed Mr Francis’s announcement about the state possibly shifting IR control to the federal government, saying the move would give WA businesses the hope of some reform and offer a simplified system.

Another area of concern to the government was payroll tax, Mr Francis said, although he acknowledged WA could not abolish yet because it still needed the money.

“There isn’t a single state in the Commonwealth that can afford to do it at the moment. I think that should be part of the overall tax reform which the federal government is looking at, at the moment.”

Ms Willmott told those at the event that business confidence in the state had improved for the first time in 12 months, according to the results of the chamber’s latest survey of 254 local businesses.

She said the number of business that believed the economy would improve or remain steady over the coming year had increased to 34 per cent, up 9 per cent from the last time they were asked, in June.

“It gives us some hope that we might see the beginning of a trend,” Ms Willmott said.

Demonstrating that business confidence, the owner of Rohan Jewellery store in Leederville where the report was launched, Rohan Milne, told those attending he was preparing to open a second shop.

Mr Milne expects to begin trading in the CBD early next year, increasing the number of employees he has currently from eight to 12, with the possible addition of what would be his third apprentice.