The state government has announced it will bring forward $150 million in social housing investment as stimulus during post-pandemic economic recovery. 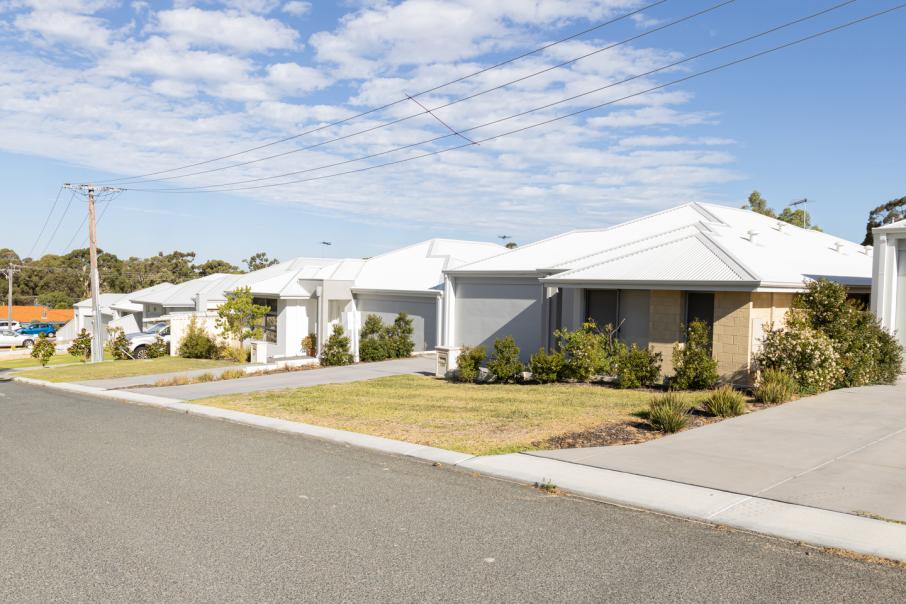 Fast-tracked funding will go towards the development of an additional 500 social homes in WA. Photo: Gabriel Oliveira

The state government has announced it will bring forward $150 million in social housing investment as stimulus during post-pandemic economic recovery.

The package, originally slated to roll out in July, will fund the refurbishment of 70 social homes and the development of an additional 500 across Western Australia.

In addition, about $19 million of funding will go towards the development of 200 shared-equity homes, in partnership with low-deposit home lender Keystart.

Commenting on the announcement, Housing Minister Peter Tinley said COVID-19 had changed the working landscape, and required agile and flexible responses from government and industry.

“Expediting various elements of this stimulus package will help maintain a pipeline of work for industry and provide greater certainty of continued employment for workers,” he said.

“It is estimated the package will provide around 1,000 jobs in the property and home building industries, and generate hundreds of millions of dollars in economic activity.

“The McGowan government continues to work closely with the housing construction sector to develop additional stimulus and support measures.”

Industry bodies across the state have largely welcomed the move, with Master Builders Association of WA executive director John Gelavis saying fast-tracked funding came at the perfect time for the industry, given more than 70 per cent of the association's members had reported a 40 per cent decline in their pipeline of work.

“In addition, WA figures for the short period from March 14 to April 4 showed a 5.5 per cent contraction in building industry jobs," Mr Gelavis said.

“Home building starts this year are predicted to be the lowest since 1982, with the Housing Industry Forecasting Group cutting its forecast of 15,500 commencements down to 12,500 for 2019-20.

“The housing stimulus announced today includes support for regional and rural areas and will save many jobs across the state.

“The WA government’s agreement to let home building continue during the crisis kept many tradies and builders in work across the 39,970 small to medium businesses in the industry as well as helping to keep the economy ticking over."

The Housing Industry Association WA executive director Cath Hart said recent data had shown a 50 per cent contraction in WA's home building pipeline as a result of COVID-19, and that today's announcement would go towards protecting jobs in the residential building sector.

"Supporting and sustaining job-creating sectors such as construction through the pandemic will be vital for economic recovery so we’re pleased Housing Minister Peter Tinley has fast-tracked this $150 million package - it will create much-needed additional activity across the residential building supply chain," she said.

“We’ve been explaining to governments how the pandemic has badly damaged WA’s home building project pipeline.

"WA’s residential building sector will be hit by this downturn before other states because we had a project pipeline of just 13 weeks when the pandemic hit in March.

"As such, we expect all those slabs will have been laid by late June, early July.

"This situation has been compounded by the fact that most businesses in our sector are not eligible for the Commonwealth JobKeeper scheme because of the highly regulated cashflow arrangements.

“We’re facing tougher conditions than we’ve ever seen so I’m continuing to work with all levels of government on the need for support for industry.”

“While we are very supportive of the state government bringing these funds forward, we want to see the federal and state governments leverage the national cabinet process to prioritise investment in jobs in the housing construction sector,” Ms Steinbeck said.

“What we need now is a much bolder approach to take critical measures in order to save an industry that is the backbone of the economy.

“The premier hinted at a housing incentive for FIFO workers moving to WA last week.

“Whilst we are yet to see the detail, any housing incentive should be considered as part of a broader package that would provide support to existing WA residents wanting to build.

“To put it into context, the Housing Industry Forecasting Group downgraded their dwelling commencement forecast just last week by 2,500 dwellings for this financial year.

“The government’s announcement today is bringing forward funding for 500 homes.

“That is only 25 per cent of the expected drop in demand over the next two months.

Ms Steinbeck said the government should take further steps to stimulate the sector, including federal and state government measures to increase the project pipeline and retain jobs, including through time-limited grants or exemption on stamp duty.

“In the longer term, UDIA WA is very keen for the state government to follow the lead of some other states and commit to investigating replacing stamp duty altogether with a broad-based land tax system,” she said.

Today’s announcement follows on from the Construction Forestry Maritime Mining and Energy Union and Master Builders Association in April calling on the federal government to spend $10 billion on the refurbishment and development of social and affordable housing across Australia.

National COVID-19 Coordination Commission chair Nev Power was reportedly unenthusiastic about such a move though, calling it a last resort.