The state government has announced millions of dollars in grants for Western Australia’s tourism businesses, ahead of a staged reopening of the state’s regions and businesses in the coming weeks. 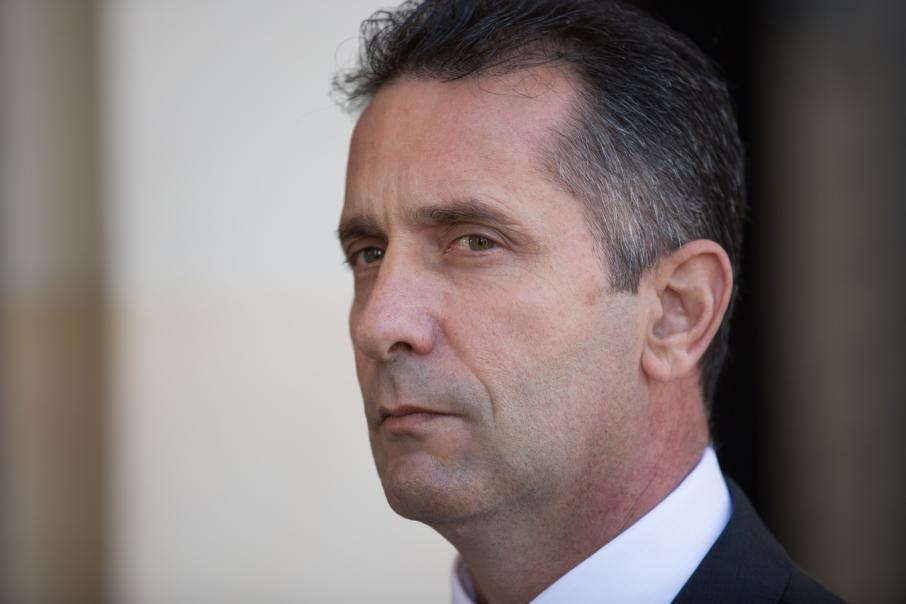 Paul Papalia said WA would need to grow its intrastate tourism market in the months ahead. Photo: Gabriel Oliveira

The state government has announced millions of dollars in grants for Western Australia’s tourism businesses, ahead of a staged reopening of the state’s regions and businesses in the coming weeks.

Those initiatives, announced today, will include $10.4 million in one-off cash grants to be distributed to 1,600 operators in WA, such as accommodation, attraction and transport businesses.

Those grants, totalling $6,500 each, will be targeted at sole traders, businesses with four of fewer employees, and companies with annual taxable wages of less than $1 million.

The second initiative, a smaller fund of $4 million, will be targeted at operators deemed to be dealing with exceptionally difficult circumstances, with grants of between $25,000 and $100,000 available.

Businesses eligible for these grants include those operating where travel bans remain in place, as well as businesses that face a difficult recovery or are thought to deliver iconic experiences to visitors.

An auditor and panel will assess the latter two criteria when awarding those grants, with all businesses that apply required to submit their own recovery plan as part of the eligibility criteria.

Premier Mark McGowan acknowledged the impact of COVID-19 had been devastating for WA’s tourism operators, and that newly announced funding would help small tourism operators adjust to the new norm.

“With the easing of regional travel restrictions it is anticipated thousands of Western Australians will be looking to travel around WA this year - and we want as many local businesses as possible benefiting from these opportunities,” Mr McGowan said.

“The broadened boundaries still impact areas including the regions north of our state and the Goldfields-Esperance region along with biosecurity regions and remote communities.

“The restrictions are in place to protect more vulnerable communities north of our state.

“Where we can alter these, we will.

“While it's starting to look more encouraging we're not out of the woods yet and every move and adjustment is made based on the best of health advice.”

Tourism Minister Paul Papalia likewise acknowledged the sector had suffered in recent months, and emphasised the need to grow the market for intrastate tourism in the months ahead.

“The tourism recovery fund will provide cash grants direct to these small businesses to help them reorganise and refocus to the new environment,” Mr Papalia said.

“For those dealing with the most exceptional and difficult circumstances - including those based in the north of the state - the survival grants package will deliver important relief.

“This much needed relief package will help the sector get back on its feet and reorganise for the intrastate market, as the state government and Tourism WA continue planning for the next stage of recovery.”

Mr Hall has previously estimated losses of $3.1 billion and 30,000 jobs for the sector since travel restrictions had first been implemented.

“The tourism industry has been among the hardest hit by COVID-19 restrictions, losing six months’ worth of bookings as people were encouraged to cancel their holiday plans,” Mr Hall said.

“This resulted in a mass cash flow crisis across the industry.

“We need tourism businesses to survive so that they can start operations and create local jobs when Western Australians begin travelling within the state once again.

“Today’s announcement will be a lifeline for many tourism businesses across the state and mean the difference between shutting their doors and welcoming visitors once again.”

Despite a positive response from industry, Shadow Tourism Minister Alyssa Hayden was critical of the amount on offer, saying other states had implemented their own, smaller $10,000 grants weeks prior to today’s announcement.

“This government has finally made an announcement that is only going to help a small number of tourism operators, creating a deeper black hole for the majority of small business and tourism operators in WA,” Ms Hayden said.

“Our businesses are desperate to get back to work.

“We need the McGowan Government to allow businesses to get back to work and create jobs for WA.

“Our restricted borders are a noose around the neck of businesses and tourism opportunities in regional WA.

“I want more transparency from the premier to help many small businesses understand why their doors remained shut.”

This morning's announcement follows the creation of Tourism WA's dedicated COVID-19 industry support team in early April, which has sounded out tourism businesses from across WA to help guide recovery initiatives.

Prior to that, the state government had encouraged intrastate tourism through its ‘Do it in WA’ campaign in response to the COVID-19 pandemic.

That program was hastily retired after travel restrictions outlawed movement between the state’s regions.