The state government has pressed on with its red tape cuts initiative by removing a cap on fees charged by settlement agents and land valuers, while amending the codes of conduct. 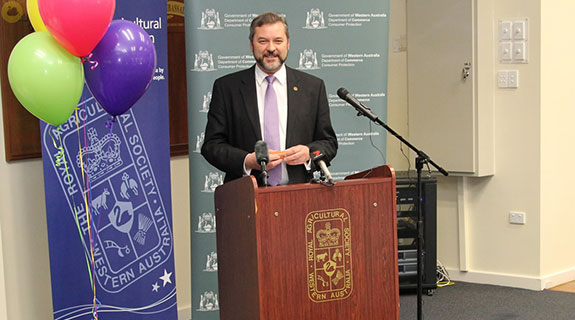 The state government has pressed on with its red tape cuts initiative by removing a cap on fees charged by settlement agents and land valuers, while amending the codes of conduct.

Commerce Minister Michael Mischin said it wasn’t necessary to set maximum fees anymore because information on charges is freely available online and other protections for consumers has been put in place.

The fee cap will be removed from February 3.

“The fee caps for settlement agents and land valuers were imposed in pre-internet days when information on charges wasn’t easily accessible, and there was a risk that consumers could be charged excessive fees,” Mr Mischin said.

“Industry data also reveals that, in practice, our competitive marketplace has resulted in the fees charged by settlement agents and land valuers being reasonable and well below the maximum amounts set by the government.”

Mr Mischin said Western Australia was the only state that regulated the charges, which are widely regarded as being outdated an unnecessary.

“Removing the cap and deregulating fees will allow service providers greater flexibility to cater for the differing needs of their clients and the varying complexity of work involved,” he said.

“As with any other purchase, consumers should do their homework and shop around for the best deal to suit their circumstances before engaging an agent or valuer.”

Mr Mischin said the codes of conduct for settlement agents and land valuers would be amended to ensure transparency in pricing, with all fees for their services to be disclosed to the client in writing prior to entering into any agreement.

He said the new requirements would prevent a land valuer or settlement agent from receiving a fee above that disclosed to the client unless there was a significant change in the scope of the work.

“The strengthening of the codes of conduct as well as stronger safeguards contained in the Australian Consumer Law means that WA consumers will be well protected when engaging the services of a settlement agent or land valuer after the fee caps are removed,” Mr Mischin said.