The state government has accepted the Westport Taskforce’s final recommendations and will proceed with building a new, land-backed port in Kwinana by 2032. 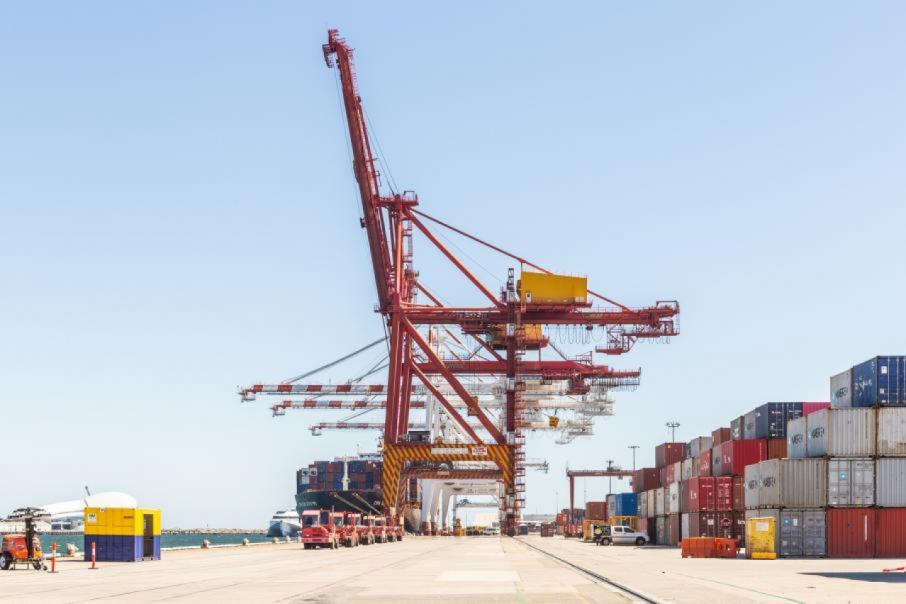 Business News had previously reported that construction of a new port in Kwinana was imminent. Photo: Attila Csaszar

The state government has accepted the Westport Taskforce’s final recommendations and will proceed with building a new, land-backed port in Kwinana by 2032.

Those works will include upgrading Anketell Road into a freight route that will directly connect the port to Tonkin Highway.

Announcing the news this afternoon, Premier Mark McGowan said the new port would be needed by 2032, with $97 million to be spent to progress the report’s initial findings and make a business case for the port’s construction.

Presenting the report alongside the state government, Westport Taskforce chair Nicole Lockwood said Kwinana made sense as the location for a new port, as it was an industrial precinct with existing capacity and port infrastructure.

The state government must now consider whether to make a staged transition from Fremantle to a new port in Kwinana over a 15-year period, or to move all activity to the new port in a single step by 2032.

Previously, the independent Westport Taskforce had shortlisted five options for the future of the state’s port infrastructure, with all recommendations including construction of a new port in Kwinana.

The taskforce at the time stated their preference for a $4 billion, conventional, land-backed port in Cockburn Sound adjacent to Anketell Road.

Earlier options had considered construction of a new port in Bunbury.

The state opposition has previously objected to construction of a new port, arguing that extensions to the Roe Highway were preferable for handling increased freight tonnage in the coming decades.

Mr McGowan today said the opposition had changed its position on the matter, calling the highway extension a “failed” plan.

Shadow Ports Minister Libby Mettam argued though that the state government was working with flawed data and was ignoring the benefits of pursuing an extension of Roe Highway.

"This is a process which has always had one outcome," she said.

"This taskforce has taken three-and-a-half years and cost taxpayers $10 million, including almost $650,000 in spin doctors.

"At a time when we are experiencing a jobs crisis in WA, this whole exercise has been a waste of taxpayers’ money because we have known for years that an outer harbour will not be required for decades."

The Nationals' leader Mia Davies was similarly unwelcoming of the announcement, touting her own support for an intermodal freight terminal in Kalgoorlie as oppossed to a new port in Kwinana.

"Port Hedland and Onslow have the ability to move containers through their ports and Dampier will soon have a similar capacity," she said.

"It is far cheaper for industries, including major resource companies who are ploughing billions into our economy, to have machinery shipped in via these ports than for them to be taken to Perth and then transported north.”

While environmental groups have generally oppossed extensions to the Roe Highway, the opposition had claimed when it was in government that the environmental fallout from building a port in Cockburn Sound would be far more significant.

The final report appears to acknowledge this issue, stating that, though the project will adhere to best practice on matters of sustainability, the reality is such that there will be residual environmental imapcts from building and operating a major port in the area.

Part of the funding announced today will go towards assessing the environmental impact of building the new port.

Asked about the possibility that a future state government may wind back development of a new port, Mr McGowan insisted the project would go ahead regardless of political machinations.

"Key assumptions made by the Westport Taskforce include trade volumes increasing by a factor of five, and Western Australia’s population exceeding 5 million," Mr Morey said.

"If these and other projections do not eventuate, there is a significant risk that the cost of using a new port will be higher for the business community.

"This would put at risk the future international competitiveness of industries like manufacturing and agriculture."

Kwinana Industries Council director Chris Oughton said the association was in strong support of the development.

"Industry has been consulted throughout the process, and our views heard," Mr Oughton said.

"The recommended location and configuration of the new port is entirely logical and practical in every respect.

"The announcement today is the trigger that will ultimately lead to much-increased industrial business activity, international interest, and very significant employment outcomes for Western Australians."

The state's maritime union was harsher in its assessment, with national president and state secretary Chris Cain calling construction unneccessary.

“Entire industries are being shut down and Western Australians are out of work," Mr Cain said.

"We need to focus on protecting jobs and assisting the recovery.

"[T]hese issues are what is [sic] important to working-class people.”