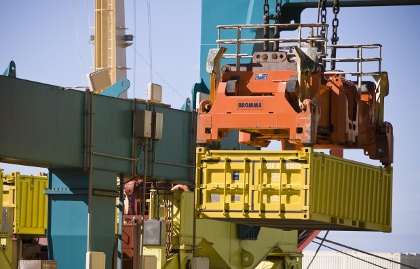 The state government has formally committed to an expansion of Esperance Port, potentially increasing its export capacity by 20 million tonnes per year.

The state's peak resources industry body, the Chamber of Minerals and Energy, has welcomed the announcement, saying the committment would see Esperance Port become a vital strategic export route.

“Investment in port capacity and operations is essential if we are to reach the development potential of region,” CME chief executive Reg Howard-Smith said.

“Many existing operations have expansion plans and the emerging iron ore sector in the Yilgarn area will require port capacity in the future.

“Current port capacity is already at breaking point, which has put pressure on local exporters to find capacity at other WA Ports, including Kwinana.

“The industry’s strong preference is for Esperance Port to be a bulk export facility.

"It is important to ensure that that there is a fair and open process for potential resource exporters to access increased port capacity."

Mr Buswell said the decision to expand capacity at Esperance rather than Kwinana was made to take advantage of the Yilgarn region's rapidly growing iron ore industry.

He said a study showed 11 out of 12 miners in the region preferred Esperance over Kwinana for iron ore exports.

“The Yilgarn province is a rapidly developing iron ore region and, based on current iron ore prices, has the potential to earn the State up to $150million a year in royalties which can be invested into schools, hospitals, roads, police and other essential services for the community.

“This is a very exciting time for Esperance, however we need to act fast if Western Australia is to reap the reward of current high iron ore prices.”

Mr Buswell said engaging the private sector would minimise costs and risks to the government.