State and angels vital for startups 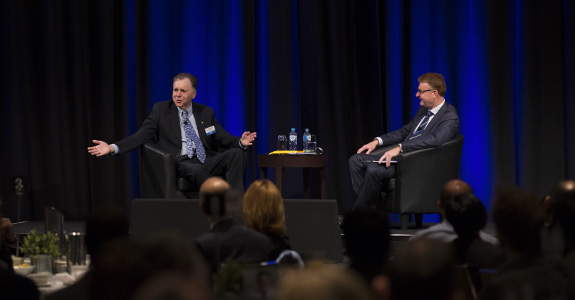 Speaking at a Business News event in Perth today, Dr Marshall, who was awarded the Nobel Prize in 2005 for discovering stomach ulcers are caused by bacteria, not by stress, said Perth’s biotech market had promise but needed greater financial support.

“I would say $100 million would liven the place up, and I can tell you there are three or four things that are around Perth and Western Australia that are really hot technologies, I think, and they’re expensive but potentially great."

Dr Marshall said these included: his own company Ondek, which is developing a treatment to reduce asthma and allergies in young children; Harry Perkins Institute of Medical Research professor Grant Morahan’s company Gene Mine, which is working to uncover which genes are responsible for a range of diseases; and University of Western Australia senior clinical lecturer Joan Arakkal, who through her company, Marika, is developing ways to detect osteoporosis earlier as well as reduce the time people need plaster casts for fractures.

He said while winning the Nobel Prize had made sourcing funds for his company easier, he believed having a state government-supported angel fund would be beneficial for WA entrepreneurs facing stiff global competition.

“If you want to start something up you really have to be prepared to fight for it. There will be competition, especially in the patent area,” Dr Marshall said.

“People who invest don’t really understand the way biotech works. The payoff is incredible. It’s like a triple quinella in the Melbourne Cup on a bunch of long shots," Dr Marshall said.

“It’s exciting to be involved in the race if you like but the race is going to take quite a few years.”