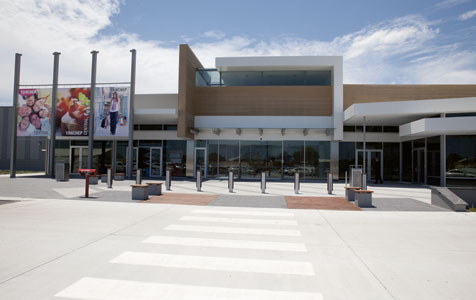 The Department of Housing has spent more than $80 million buying land from major developers at the northern limits of metropolitan Perth in the past nine months, adding as many as 1,200 lots at the end of June.

Late last month, the department closed a deal with national listed developer Australand to purchase the bulk of the firm’s Jindowie project in Yanchep, for $54 million.

The 75-hectare site, which sits on Yanchep Beach Road to the east of the Marmion Avenue terminus, has an estimated 1,100-1,200 residential lots. Australand has retained the right to manage the development on behalf of the department.

The land is adjacent to a 50ha site the department bought from another listed national player, Perth-based Peet, in October last year for $28 million. That site, estimated to yield around 800 lots, appeared to have been part of a sell-down of land assets.

Australand, too, has been engaged in a strategic program to divest assets.

Private property group Satterley has reportedly been in talks with Australand’s largest shareholder, CapitaLand, regarding the acquisition of its residential assets in Western Australia and Victoria.

Last month, Satterley spent $100 million on land purchases in Victoria and also added to its WA portfolio with the purchase of a 44ha estate located just south of its existing Honeywood estate, near Wandi in Perth’s southern metropolitan area.

The group plans to construct 400 home sites on the land, with development to begin within 18 months.

Australand WA general manager Tony Perrin said the deal was his company’s first such arrangement with the Department of Housing and signalled the start of a long-term working relationship.

The state’s four biggest developers – Satterley, Stockland, Peet and LWP – have existing joint-venture estates with the department, as do other top 20 players PRM Property, Heath Development and Cedar Woods. Several of these are more than 3,000 lots.

Department of Housing general manager, commercial and business operations, Paul Whyte said the purchase of land in existing private developments was not new and the Yanchep acquisitions were part of the State Affordable Housing Strategy, which planned to create an additional 20,000 new affordable housing opportunities by 2020.

The Department of Housing purchases suggest the price of englobo land may have bottomed out after the tight funding market flushed out a significant amount of development assets bought at the height of the pre-GFC property boom.

The land purchased from Peet last year was valued at $560,000 per hectare, while the Jindowie land bought last month from Australand represents an average price of $720,000/ha.

Land sales in Baldivis two years ago highlighted the plight of the sector.

In 2011, for example, Len Buckeridge’s BGC bought 51ha at a fire sale price of $14.5 million from those overseeing the collapsed group SAS Global, less than $285,000/ha. SAS had paid $34 million in 2006, or about $670,000 for the land, which is considered difficult to develop by Perth standards and has been subjected to infrastructure delays.

However, the department’s purchase is a late-stage development, with 300 established homes in Jindowie, located near the newly completed Yanchep Shopping Centre developed by Yanchep Beach Estates and owned by the Singaporean family led by Koon San Ang, who chairs the Yanchep Beach Joint Venture established with the area’s major land owner, Tokyu Corporation of Japan.