There’s a world of difference between the conventional business model and the strategy of startups, starting with how ideas are dealt with. 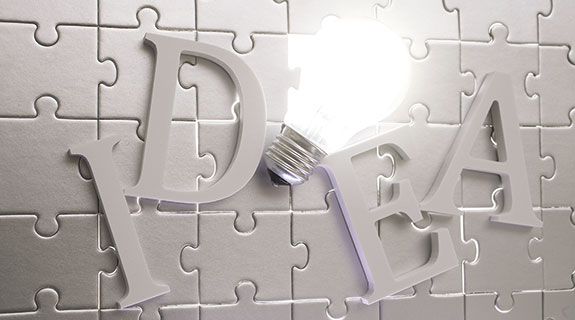 SHARED IDEAS: On the whole, startups take a more collaborative view of how ideas are used than mainstream businesses. Photo: iStockphoto/portishead1

So, you’ve got a great idea. What next?

One of the many aspects about startups those in more mainstream businesses misunderstand is the value of, and importance placed on, an idea.

There’s a startup meme about ‘the ideas guy’; the guy who has an idea for an awesome app that will make him a millionaire. He’ll give 10 per cent of the profits to someone if they build it for him, which is

generous because coming up with the idea was the hard bit (or so he believes).

It’s a meme because there are actually people out there who think this. They believe that all they need is an idea, and that the idea is the important bit of a startup.

People who join the startup community learn early on that there’s no shortage of ideas – it’s just that most of them are rubbish.

Startup founders treat the idea for a new app or online business as a starting point. It has promise, but it’s definitely wrong in some respects. Our first task is to discover which bits of the idea are promising and which are wrong; it’s impossible to do this while keeping the idea secret.

The urge to keep a startup idea secret is strong. Every startup founder feels it when they first start out. Ideas come as bright shining lights, full of opportunity and value. The human instinct to protect this shiny wonder from others who might steal it is strong, but it’s misplaced.

People don’t steal other people’s ideas; they just don’t. The startup community has been thriving in its current

form for about five years in Perth. There are about 400 startups active in the community at any given time. In all that time, with all those people, no-one has stolen an idea.

In the wider global startup community it is common practice to share ideas. There are hundreds of thousands of startups and only a few dubious cases of anyone stealing an idea.

Every single member of the community has at least one idea. And every one of us believes that our own idea is the best. We have the recipe for making a fortune, if we could just build it. Why would we waste our time on someone else’s crappy idea?

Ideas are so easy to fall in love with. Everyone who’s had an idea knows how this feels. They appear to be so flawless and perfect. It’s so easy to believe that this idea is ‘the one’. This idea is market-ready, as it is. We just need to build this one and we’re rich.

Of course, the danger is when the market doesn’t agree. Then we need to change the idea. But that can be hard to do when we’re in love with it. The urge to ignore the data and stick to what we think we know has killed plenty of startups.

So we share the idea with others to get feedback. The worst feedback is ‘it’s great, go for it, you’ll make a million’. That translates to ‘telling you the truth about your crappy idea will get awkward fast, so let’s not’.

Good feedback is negative feedback, problems that we won’t spot ourselves. The best feedback deals with specific problems based on the other person’s experience with the same idea.

This is something that happens a lot. People don’t steal ideas, but they do come up with the same ideas all the time. The best recent example is ‘Airbnb for home-cooked food’. In 2014, one team placed at Startup Weekend with this idea. In 2015, four different founders came up with this exact same idea and started work on it. That’s just in Perth. Globally there are hundreds of people working on this idea right now.

So the startup community doesn’t do non-disclosure agreements (NDAs). Being asked to sign an NDA before going for a coffee to discuss an idea is an automatic polite decline. The whole premise of the NDA is that ideas are original, unique and need protecting. We know they’re not.

Success in startup is 99 per cent execution and timing; and a bit of luck; and networks.

But not the idea. Well, maybe 1 per cent is the idea. The idea is where the journey starts from, after all.