Startups need to find the value

The shift in consumer behaviour brought on by technology is having a profound effect on established business models, particularly in advertising. 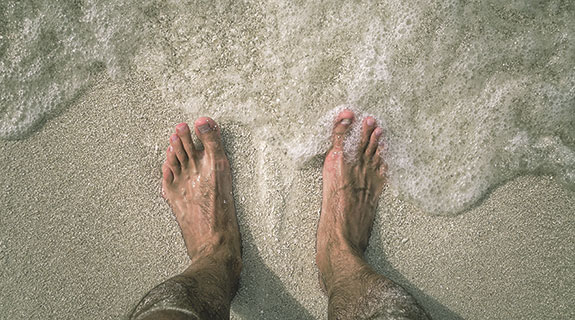 EXPOSED: The receding tide of the advertising model is going to reveal where the real value is. Photo: iStockphoto/Tora1983

The shift in consumer behaviour brought on by technology is having a profound effect on established business models, particularly in advertising.

Advertising has supported a vast range of businesses for many years. Advertising is how people find out about new products and services; it’s how businesses go to market and how they stay in a market.

The most recent Start Weekend in Perth did not include an advertising-funded pitch (for the first time). The death of the advertising revenue model has percolated down to this level. Even newbie startup founders know not to try advertising-based models.

Facebook has become so all-pervading and ubiquitous that it now represents a second, separate internet. The average Facebook user spends 50 minutes a day on the platform. No other platform comes close. No other website scores more than five minutes per day. There are lots of Facebook users who do not use any other site on the internet.

Facebook takes all the advertising revenue on its platform. Content producers can build huge audiences on the platform but cannot monetise them. Other platforms channel funds from advertisers to content providers and take a cut.

Other advertisers are becoming desperate to attract attention, which invariably means their advertising becomes intrusive. However, this just drives up the adoption of adblockers, which are gaining in popularity despite currently being used only by the more technically proficient internet users.

All this means that advertising revenue available for startups is shrinking fast. Facebook is eating the lion’s share of it, and the other platforms are taking almost all the rest. What’s left over isn’t enough to fund a business.

All this means that new startups must get customers to pay for products and services directly – building an audience and then worrying about monetisation later no longer works. Startups now need to validate their revenue model from day one.

This need to validate from the start is not a problem for bootstrapping startups. They always needed to do this. But there are always startups that think they can solve the revenue problem later. Without advertisements this means charging customers for something that was once free. Customers hate this.

The obvious example of this is newspaper paywalls. A survey of Canadian readers found that more than 80 per cent refuse to pay for online news. Mainstream newspapers have trained customers to think online news is free. Those aiming to reverse this using paywalls have had a hard time of it.

The New York Times is the most famous successful paywalled newspaper. It took five years to reach 1 million subscribers from its readership base of 60 million readers. Assuming zero churn, that’s just a 0.3 per cent conversion rate from its existing readership base.

At Startup Weekend, we insist that the teams try to get customer revenue by Sunday. There are a couple of reasons for this.

The first is that we live in a capitalist society where we measure value with money. If something is free, it has no value. If it has value, we pay for it. The only way to determine if something has value is to charge money for it.

Advertising allowed startups to build products that people liked but wouldn’t pay for. As long as it was worth the opportunity cost of a download, we could build an audience. Once we had an audience, we could monetise via advertising.

Warren Buffett said: “Only when the tide goes out do you discover who’s been swimming naked.” The receding tide of the advertising model is going to reveal where the real value is. There will be casualties and blood in the water.

The tide will come back in – eventually. Advertising is a business fundamental. But until then, startups need to learn where the real value is and how to find it.