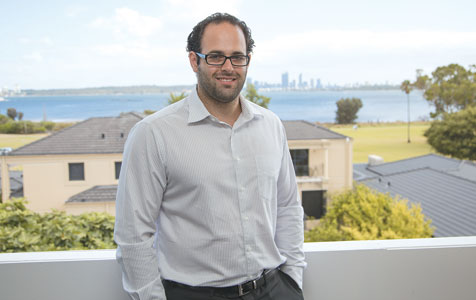 Two Western Australian businesses are seeking to join the electricity retail market currently dominated by Synergy and the handful of companies licensed to sell to businesses using more than 50-megawatt hours per year.

The move came just days after another company, solar PV provider Infinite Energy, applied for a licence for its subsidiary Blue Star Energy.

Although both companies used the same consultant when applying for their licences and both have strategies that rely on some on-site generation to reduce prices, their offerings are different and they say the timing was coincidental.

Blue Star Energy, which supplies solar PV systems to residents and companies in WA and Queensland, said retailing was a natural extension of its capabilities and it would target businesses using more than 160MWh due to the more onerous regulations that apply under that threshold.

A-Star director Luca Castelli, whose AER company is the majority owner of the 2.4MW Mt Barker wind farm, said managing offtake risk by being able to retail electricity was a logical next step from its beginnings as a generational project developer.

“I think the market’s changing in a big way and gen-tailers are going to become a bigger part of that market, so we’re looking to capture that,” Mr Castelli told Business News.

“Our proposition is different to the other existing providers out there in that our specialty is incorporating solar PV. We’re about making it easy for customers to have solar PV on their roofs,” he said.

“Solar PV can both reduce the number of units that you need to purchase from the grid but can potentially make those units cheaper as well.”

Both new licence applicants plan to buy and onsell electricity from the wholesale electricity market to make up the difference from the amount generated onsite at customers’ businesses.

For Blue Star this generation will come from customers’ solar PV systems, while A-Star will install a solar PV or wind system or gas- or diesel-fired generator at customers’ sites, depending on requirements.