Curtin University has attracted one of the world’s leading radio astronomers to help drive WA’s involvement in the SKA project. 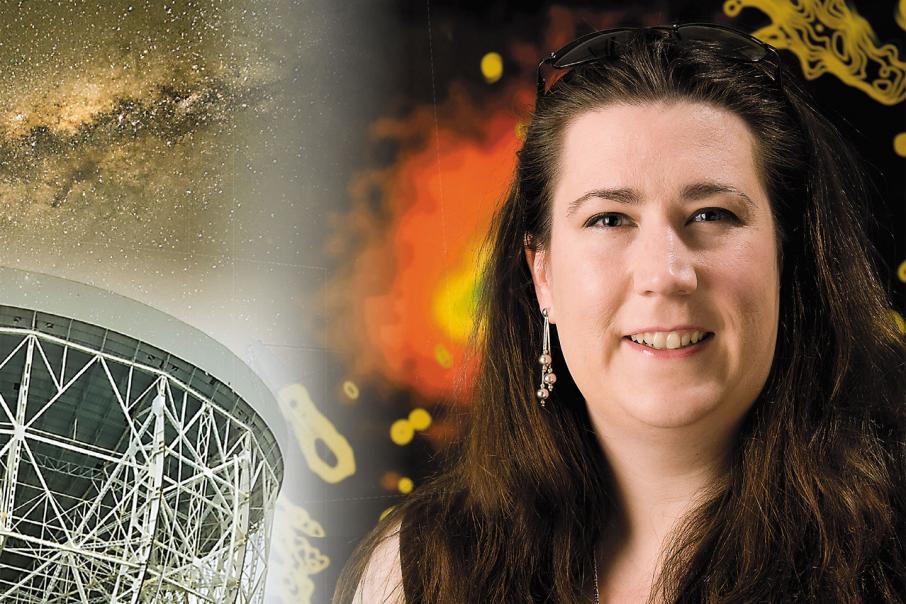 Radio astronomer Melanie Johnston-Hollitt says she’s looking forward to returning to Australia to lead one of the globe’s most scientifically significant projects.

After nine years working as the director of astronomy and physics at the University of Wellington, Professor Johnston-Hollitt has been headhunted by Curtin University to launch a professorship at its office of the International Centre for Radio Astronomy (ICRAR).

She will also take up the lead directorship of the Murchison Widefield Array (MWA), the precursor to the future Square Kilometre Array project, having served six years on the MWA board, including four as chair.

The SKA is a global science and engineering project led by the international SKA Organisation based in the UK, with 10 countries committed as full members.

The project has been split into two segments – the mid-frequency telescope hosted in South Africa, and the low-frequency segment hosted in Western Australia.

“In Australia, we’ve got the MWA, which is a precursor for the SKA low, which is the low-frequency component of the SKA,” Professor Johnston-Hollitt told Business News.

Construction for the SKA is scheduled to begin in 2020, with initial scientific work to start in 2022.

With a research focus that examines cosmic magnetism and distant and massive clusters of galaxies, Professor Johnston-Hollitt will lead the MWA into a new phase of scientific productivity with its recently upgraded telescope.

Professor Johnston-Hollitt said she arrived in New Zealand in 2009 after convincing the University of Wellington that it needed a radio astronomer, and not the nanotechnologist role it had advertised.

“Because I said to them, ‘there’s this thing called the SKA and I think New Zealand should get involved and it’ll be really exciting’,” she said.

“I very quickly became an adviser to the New Zealand government on the SKA.”

That succeeded her work in the Netherlands, designing the world’s largest telescope.

Professor Johnston-Hollitt said she had been the driving force behind NZ signing up to the SKA, having had to raise $2 million in funding from a joint government-industry-university package to pay for entry.

“So what I’ve been doing in New Zealand is I’ve been working on two telescopes (MWA and SKA), looking at how you operate and scientifically exploit them and also at the management of telescopes with large international telescope projects,” she said.

Professor Johnston-Hollitt said WA was the best place in the world for the SKA low-frequency telescope, and she was looking forward to taking on a more hands-on role with the project as the director of the MWA.

“Everything in the world of radio astronomy is hinged on the SKA of the future, and WA is one of the places where there’ll be a huge amount of activity in the next two years,” she said.

“So, all of the experience that I’ve had to date around how you build international telescopes, how you run them, how you exploit them, how you engage with industry, all of that can be leveraged by being in WA at this particular point in time.”

As the director, Professor Johnston-Hollitt said she would have control over what research teams and scientists would be allocated time on the telescope.

“You’re going to have a whole bunch of people trying to exploit that data closest to the source; there are already a huge number of radio astronomers in Perth,” she said.

“All of those people will be there, at the point of origin of the data, exploring the universe.

“So it’s a huge project for WA on a scientific front, but it’s also a huge project on an industry front, because if you are building what is the most computationally expensive and complex machine ever, then you need to partner with people in industry and be able to drive that technology forward.

“We’re going to use the SKA and MWA to answer those questions about cosmic fields in a way that we have not been able to do before.” she said.