The state government has been urged to consider other measures to boost revenue rather than increasing property stamp duty, which has become a significant contributing factor in the stalling residential market, according to an influential local property player. 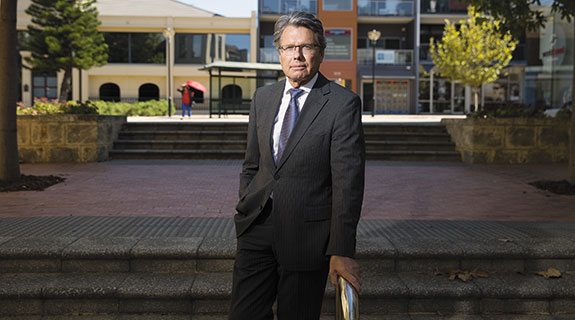 The state government has been urged to consider other measures to boost revenue rather than increasing property stamp duty, which has become a significant contributing factor in the stalling residential market, according to an influential local property player.

The latest preliminary data from the Real Estate Institute of WA showed house sales in the December quarter were down 14 per cent compared with the 15-year average and trending towards the 2010-11 cyclical low.

Lower transaction levels logically translate into a reduction in revenue for the state government, which has had its coffers hit significantly by falling mining royalties, most notably due to the spiralling spot price for iron ore.

Data released by the Australian Bureau of Statistics last year showed $1.7 billion of the $8.1 billion in taxes raised in WA in 2012-13 came from stamp duty on home sales, down significantly from the 10-year peak of $2.2 billion in 2007-08.

With the REIWA data showing a further reduction in housing transactions, it is expected revenue from stamp duty will again be lower once the 2013-14 figures are released.

However, QWest Property Services chairman Warwick Hemsley said the timing simply was not right to boost the budget by lobbing an extra burden on the residential sector in the form of added transaction costs.

For a home at the metropolitan area median price of $540,000, stamp duty payments come in at nearly $22,000, a figure that was clearly a disincentive to buying houses, Mr Hemsley said.

“The effect of this tax is that it is taking home ownership further out of reach for many buyers,” Mr Hemsley told Business News.

“It not only is a burden and a hurdle for first-time buyers, but it also is a disincentive to people who should logically consider moving house for whatever reason.”

Mr Hemsley said housing affordability was already a significant issue in WA, with average home prices already double what they were 10 years ago.

“People are being priced out of inner-city areas and locations closer to their employment,” he said.

“You can end up with a situation where people are commuting much further than they might if they could move to a location closer to their work easily and sensibly without major transaction costs.”

The federal government is set to release a white paper on tax reform in coming months, with stamp duty and other property taxes tipped to be a major component of the study.

While Mr Hemsley acknowledged stamp duty was a required source of revenue for the state government, RP Data head of research Cameron Kusher said he believed a blanket land tax, paid by all home owners, would be more beneficial to state government budgets.