Australia’s most populous state will phase-out taxes on property sales by 2040, raising the question of whether WA could follow suit. 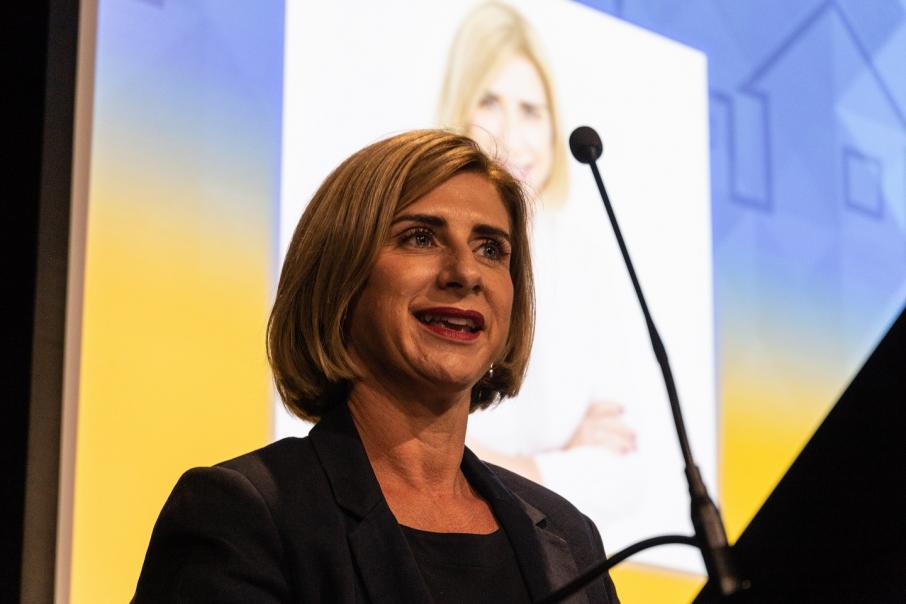 Sandra Brewer says the community would be receptive to stamp duty reform, given the impact high housing prices have on the community. Photo: Gabriel Oliveira

Sandra Brewer doesn’t mince her words when it comes to stamp duty.

From just about every angle, she insists, stamp duty is a terrible tax, distorting how people choose to buy and sell homes, and uniting economists and policymakers from across the political spectrum in opposition.

Eliminating or phasing out taxes on land sales has long been considered an article of faith in the property industry, and the Property Council of Australia WA Division, of which Ms Brewer is executive director, has made lobbying for an eventual end to stamp duty its number one focus.

So, when NSW, under the financial direction of one of the country’s most stridently conservative treasurers, quietly announced as part of its latest budget that it would replace transfer duties with a flat land tax over a 20-year period, the prospects for nationwide stamp duty reform seemed within arm’s reach.

If Australia’s largest jurisdiction, by population and nominal Gross State Product, can replace one of the country’s most unpopular taxes, then surely every other state and territory can do the same, the argument goes.

“In recent years there’s been a narrative that governments are unwilling to take on big reform,” Ms Brewer told Business News.

“In NSW, this proposal has been … from all reports, well understood, well considered, and there hasn’t been an immediate backlash for or against.

“The community is actually on board with the idea of this slow and deliberate assessment of the impact of this policy idea.”

The rationale for phasing out stamp duty in Western Australia is less straightforward than in NSW.

For one, WA is not in recession, and has not struggled with housing affordability to quite the same extent as the more services-dependent eastern jurisdiction.

Still, that stamp duties are considered an impediment to activity in the market is generally seen as a given across the political spectrum.

Notably, ACT’s government, led by a Greens-Labor coalition that styles itself as the most progressive in the nation, undertook its own 20-year phase-out of stamp duty back in 2012.

At that stage, stamp duties contributed $294 million, or 7 per cent, of operating revenue to the ACT government, with limited land to sell motivating a simplification of the tax code.

The phase-in process has been complicated, though, with rate revenue nearly tripling at the same time as other taxes have been abolished.

Canberra’s residents now pay higher rates than ever, with the addition of about 25,000 properties during the past decade doing little to dent income from stamp duties.

Property rates have become a key political battleground in the ACT, with the territory’s opposition campaigning earlier this year on a proposal to freeze rates for up to five years.

And while it lost the subsequent election, that may have had more to do with the fact that cutting any additional taxes would have left little room to make up for a loss of revenue elsewhere.

Conversely, NSW’s motivation for phasing out stamp duty appears a short-term effort to generate activity in the housing market as the state confronts economic fallout from a lengthy tail-end to the COVID-19 pandemic.

That’s important, given the mean house price in NSW in the June quarter was $872,000, by far the most expensive in the country.

In the long term, these reforms should also wean that state’s government off of an outsized revenue stream, which contributed about $7 billion, or 8 per cent, of operating revenue to its coffers this past financial year.

And while NSW’s economic unique difficulties and characteristics have set the tone for reform in that state, Ms Brewer sees no reason WA cannot follow suit and implement its own plan to stimulate activity in the local market.

“It’s [stamp duty] something that every economist with any credibility acknowledges is highly inefficient,” Ms Brewer said.

“Nobody’s ever been quite sure what the alternative is [though, and] that’s really where the discussion tends to end.”

The wisdom for shifting from a tax on property sales to an annual tax on land ownership is relatively straightforward.

Without a levy on sales, housing would notionally become more affordable in the short term, homeowners would be freer to relocate, the supply of housing would increase, and revenue generation at the state level would become more consistent.

At the same time, opposition to reform is strong given that, as house prices have increased over time the revenue earned from stamp duty has increased, funnelling more and more revenue into state government coffers.

That’s been convenient on a political level, as it allows revenue streams to increase without any accompanying or obvious increase in taxation on individuals.

“There are limited sources of revenue generation at the state level, and stamp duty as a percentage of growing house prices has become more important,” Steven Rowley, deputy head of Curtin University’s school of economics and finance, told Business News.

“If you’re getting used to significant revenue sources, it becomes difficult to move away from that.

“You can understand the reluctance of some state governments to turn off that tap.”

All of this may be true in a state like NSW, but can the same be said of WA?

The answer is complicated.

For starters, stamp duty contributes a far smaller portion of WA’s revenue base, with Treasury papers showing tax revenues from land sales contributing between $1 billion and $2 billion annually to the state’s finances during the past decade.

As a percentage of revenue it peaked in the 2013 financial year, contributing about 7 per cent of operating revenue, before declining every year thereafter.

Stamp duty revenues are now projected to contribute just $1.1 billion, or about 3 per cent, to the state’s operating revenue this financial year, far smaller than the $8.8 billion derived from mining royalties.

Unlike the eastern states, WA is far more dependent on mining and resources for economic prosperity and revenue than it is land or property sales, which makes one of the long-term economic arguments for it far less compelling than it is in Victoria or NSW.

Still, that stamp duty acts as an impediment to asset sales is generally accepted as fact, no matter the mean housing price or contribution to state government revenue.

“If you went out to buy a pair of shoes and they were made unaffordable because of a big tax on them, you’d be less inclined to buy them,” Professor Rowley said.

“There are an awful lot of people who’d like to move tomorrow, but they’d have to increase their mortgage by up to $30,000 and feel the knock-on effect of interest [payments].

“As property prices have grown significantly, that percentage of a transaction has become increasingly difficult to cover.

“It’s a significant barrier to transactions.”

The argument that stamp duty acts as a major encumbrance on homebuyers is echoed by Ms Brewer.

“It places an incredible premium on a mortgage,” she said.

“Any relief on stamp duty would cause immediate housing affordability relief.”

Further complicating matters is the political appetite, or lack thereof, to do anything about stamp duty.

Premier Mark McGowan dodged a question about stamp duty reform when asked at Committee for Economic Development of Australia event earlier this month, pointing instead to temporary exemptions for some apartment sales and for first homebuyers.

That followed Treasurer Ben Wyatt telling reporters in October that any attempt to phase-out stamp duty would likely be met with a new tax on households.

Mr Wyatt won’t be in the role past March, leaving whoever fills that role to carry on this discussion ahead of the next state budget.

Unfortunately for many property investors, the only candidate for the job especially eager to see stamp duty reformed in any meaningful sense would have been Dean Nalder, who has long touted his commitment to abolishing stamp duty.

The Liberal Party WA faces steep odds at the next state election, though, and Mr Nalder is no longer running for re-election. (He did not return an interview request for this article.)

That’s without discussing the drawbacks these reforms may have in execution.

For one, NSW’s plan relies on buyers opting in, meaning some property will be available with the option to either pay an upfront duty or pay an ongoing, annual land tax.

Over time, this may result in a two-tiered system, with the value of homes with a stamp duty base growing over time at the expense of those with a land tax base.

In the ACT, land tax is applied progressively, meaning that while residential homeowners pay comparatively lower rates over time, commercial property owners have been slugged with annual rates that may look similar to their one-off stamp duty payment.

Ms Brewer doesn’t want to take a wrecking ball to stamp duty, telling Business News she understands the complexity of reforming a tax that provides significant revenue to the state government.

In encouraging both major parties to consider reform ahead of the March election, though, she insists that while the issue may seem overly technical, the community would be more than welcoming of a debate on the issue.

“I’ll give some credit to the community; they are the ones who have borne the brunt of enormous stamp duty imposts over their lifetime,” she said.

“They know the pain of this as a tax.

“They will be on board for a proper reform discussion.”