Resource Development Group is continuing its push into residential construction, winning a $27 million contract to build a 24-townhouse project just south of Fremantle’s South Beach, on an apartments site abandoned by Stockland following the GFC. 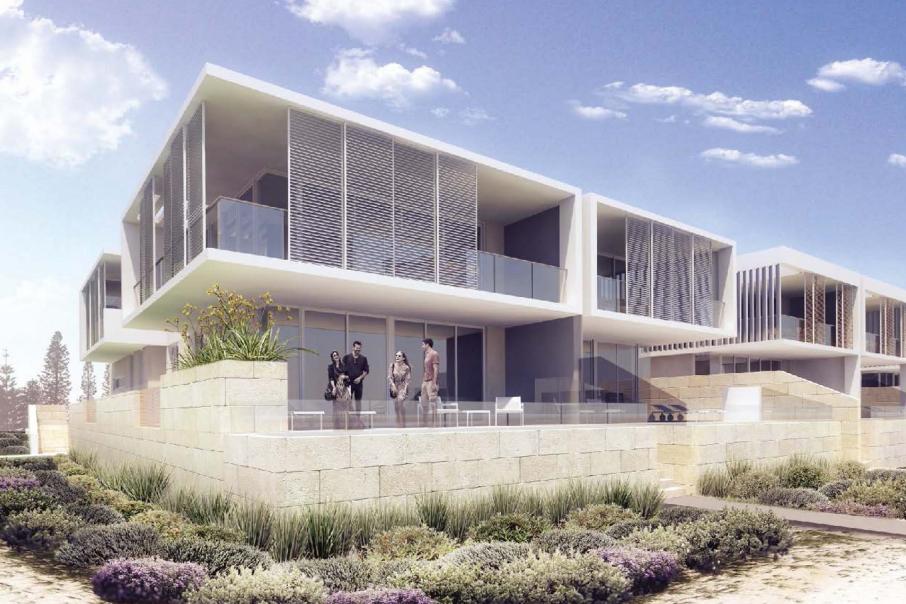 Resource Development Group is continuing its push into residential construction, winning a $27 million contract to build a 24-townhouse project just south of Fremantle’s South Beach, on an apartments site abandoned by Stockland following the GFC.

RDG today announced that its Central Systems subsidiary had won a contract with Blue Ocean Enterprises to build 24 luxury townhouses, with work expected to begin later this month.

The site was originally part of Stockland’s Islands apartment development, which was to comprise 100 apartments over four individual buildings.

Two of the buildings were completed in 2009, but construction on two of the project’s four sites was only partially commenced, with only the underground car park and basement structures completed.

Stockland ran into difficulties selling high-end apartments across its portfolio midway through 2009, and first scaled back the size of The Islands, which in June 2008 was proposed to comprise 183 apartments and have an end value of $385 million.

In June 2010, Stockland said the project would comprise 100 apartments with an end value of $245 million.

By December 2013, Stockland began examining the possibility of selling the project and pulled it from its development pipeline.

According to realestate.com.au, the site was sold in December 2015, for $6.5 million.

Centrals scope of works will be to demolish the structures on site and build the townhouses, with construction to be staged over the next 18 months.

The project was desiged by MJA Studio, while its development application was prepared by Planning Solutions.

RDG said the contract was another example of its diversification into property development, a strategy it adopted in 2015 following a difficult 18 months for its mining services division.

The company’s first foray into the residential arena occurred in the 2015-16 financial year, when its Centrals took on 83 home building contracts from failed builder Freelife Homes.

In its annual report released late last year, RDG said all 83 homes had been completed in FY2015-16, and its housing division was profitable.

Centrals also entered an agreement with the Western Australian Housing Authority late last year, to acquire land in Secret Harbour with a view of constructing a mixed use development.

In November RDG said it would lodge a development application for the project in the near future, but said exact timing of the project would be subject to a successful marketing campaign.