Staff numbers at WA’s accounting firms have experienced their largest fall in more than 20 years, though the change was highly variable. 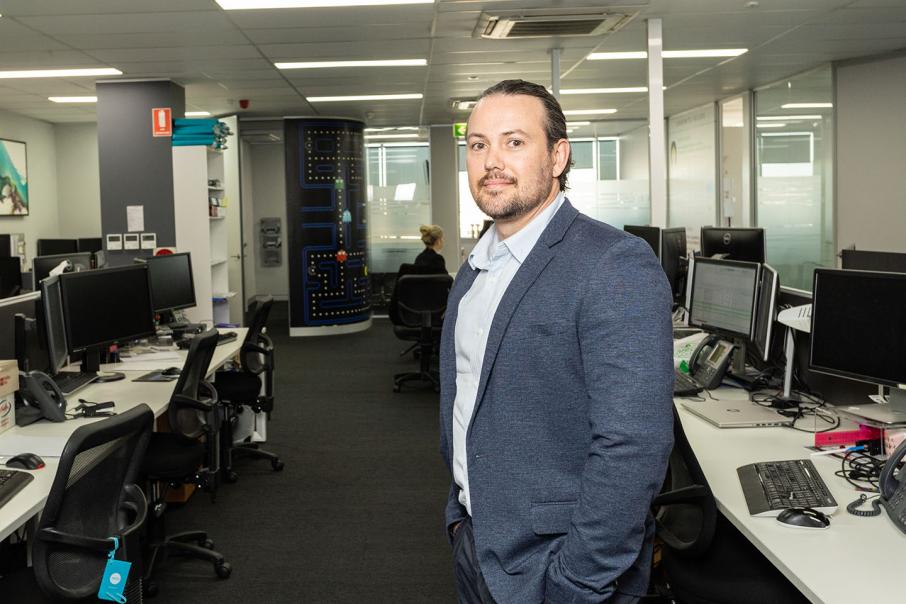 The economic fallout from COVID-19 has been keenly felt across accounting firms in Western Australia, according to Business News’s annual survey of the sector.

The Data & Insights survey revealed the impact has been variable, with some of the biggest firms affected the most, while one smaller firm achieved spectacular 47 per cent growth.

The number of professional accounting and consulting staff on its payroll fell by a similar percentage, to 670.

Managing partner WA Michael McNulty said there was a big decline in activity in the three months to May 31, when Deloitte ruled off its financial year.

“Perth was growing incredibly well up to February,” he said.

“We were growing 30 per cent year on year.

“For the full year, that came back to about 20 per cent.

“That last quarter was quite difficult, and that’s what led to that reduction in staffing.”

Notably, Deloitte’s WA practice still grew at twice the rate of the firm nationally, but the local staff cut exceeded the national average of 7 per cent.

Another of the big four firms, KPMG, also underwent a major adjustment in WA, with total staff down 11 per cent to 433.

Chairman of partners WA, Matthew Woods, said there were two reasons, one structural the other cyclical.

“We grew in FY20 irrespective of COVID,” he said.

“It was single-digit growth, slightly lower than the seven per cent national growth.

“We grew with fewer people and we achieved that because we’ve been maturing the way we deliver parts of our service.

“The firm nationally and internationally has set up centres of excellence in the country and offshore.

“It’s allowed us to move part of the more routine work we do on a day-to-day basis into those centres, including offshore.”

Mr Woods said less than half the staff cuts were due to a company-wide redundancy program.

BDO was another firm to experience a fall in staff numbers, to 234.

Office managing partner Peter Toll said the main reason was a restructuring in May, when a dozen people from risk advisory left the business.

“The rest of the business has been pretty steady,” he said.

BDO grew revenue in WA during the past financial year by 7 per cent, a touch below the national growth of 10 per cent.

That was after taking on some of the staff from BDO’s risk advisory practice, including partner Pippa Hobson.

Ms Hobson was one of two new partners to join the firm, along with Xiaowen Shi, who is a part of its China practice group.

Managing partner Con Paoliello said the change in staff levels was a result of regular turnover the firm would expect to undergo in this time frame.

The firm grew 8 per cent nationally in FY20, while growth across WA was 3 per cent.

“While many of our WA divisions grew well above three per cent, the impact of COVID on financial markets in the last quarter of the year meant that our annual average was three per cent,” Mr Paoliello said.

PKF achieved similar growth to its mid-tier competitors in WA.

Perth managing partner Darren Shillington said it been tracking at 6 per cent growth but finished FY20 with growth of about 3 per cent.

Things were improving in the current financial year, however.

“This year we’ve had good growth, we’re at about 7 or 8 per cent,” Mr Shillington said.

He added there had been solid growth in the firm’s audit practice, both from established businesses and startups planning to list on the ASX.

“We’re at the reasonably priced end of the market,” Mr Shillington said.

Two of the big four firms – EY and PwC – were reticent to specify their WA growth rate.

EY had a small decline in staff numbers – down 20 to 714 – with managing partner western region Fiona Drummond saying this was a result of natural attrition and fluctuation.

“We’ve been fortunate to see a continued demand for our services, in the main, across our business and so we have not made any COVID-19-related redundancies,” she said.

Nationally, EY reported revenue growth of 12.7 per cent in FY20.

That put it well ahead of PwC, which said Australian revenue in FY20 was flat on the prior year.

“We were growing exponentially going in to COVID, double-digit, exciting growth,” she said.

“We were far less impacted by those headline issues than the rest of Australia.”

PwC’s WA staff numbers are unchanged from a year ago, with the firm saying they had been steadily increasing pre-COVID-19 before decreasing slightly in July.

That was the same month the firm announced it was cutting about 400 roles nationally, or 5 per cent of its workforce.

One firm to outperform the rest of the sector in WA was Osborne Park-based Carbon Group.

He said Carbon Group had focused on advisory work for its clients, which were mostly small to mid-sized businesses.

Mr Davison said one of the keys to Carbon’s success as a business adviser was going beyond textbook answers.

He added that Carbon gave clients more flexibility in paying their bills, to help them deal with cash flow pressures over the past six months.

Mr Davison said Carbon had done the same things it advised clients to do: watching costs, building up cash buffers, and talking to their bank.

The firm was also investing in automation and technology to support its growth, including systems that worked across multiple offices.

He said Carbon was on track for revenue of $20 million this financial year, implying growth of 70 per cent.

This rapid growth was helped by four east coast acquisitions since the start of July.

The acquisitions have added 50 people, taking Carbon’s national headcount to 180.

They have also shifted the firm’s geographic weighting.

While WA generated about 80 per cent of revenue in FY20, that had dropped to 63 per cent in FY21.

Local accounting firms have a cautious growth outlook, with areas such as corporate finance and digital transformation offsetting the general softness in the economy.

“The growth in the current financial year is basically flat, which we’re pretty happy with under the circumstances,” Deloitte’s Mr McNulty said.

“After a couple of difficult months, things have strengthened over the past few months.”

He said WA was much the same as the rest of the country.

“I’d put a positive lens on where we are right now compared to where many of us thought WA and the whole country might be at this point in time.

“It’s not all doom and gloom out there and a number of sectors have been amazingly resilient.”

Like all of his peers, Mr McNulty highlighted mining and mining services as strong sectors.

Oil and gas is another positive sector for Deloitte, mostly via large-scale digital programs.

“They are long-term programs and they are continuing,” Mr McNulty said.

“They haven’t stopped because of the oil price or COVID.”

Digital investment was a trend he observed across industries.

“Everything digital and cloud is accelerating; every organisation is doubling down on their investment,” Mr McNulty said, adding that Deloitte was again recruiting in areas with good demand. 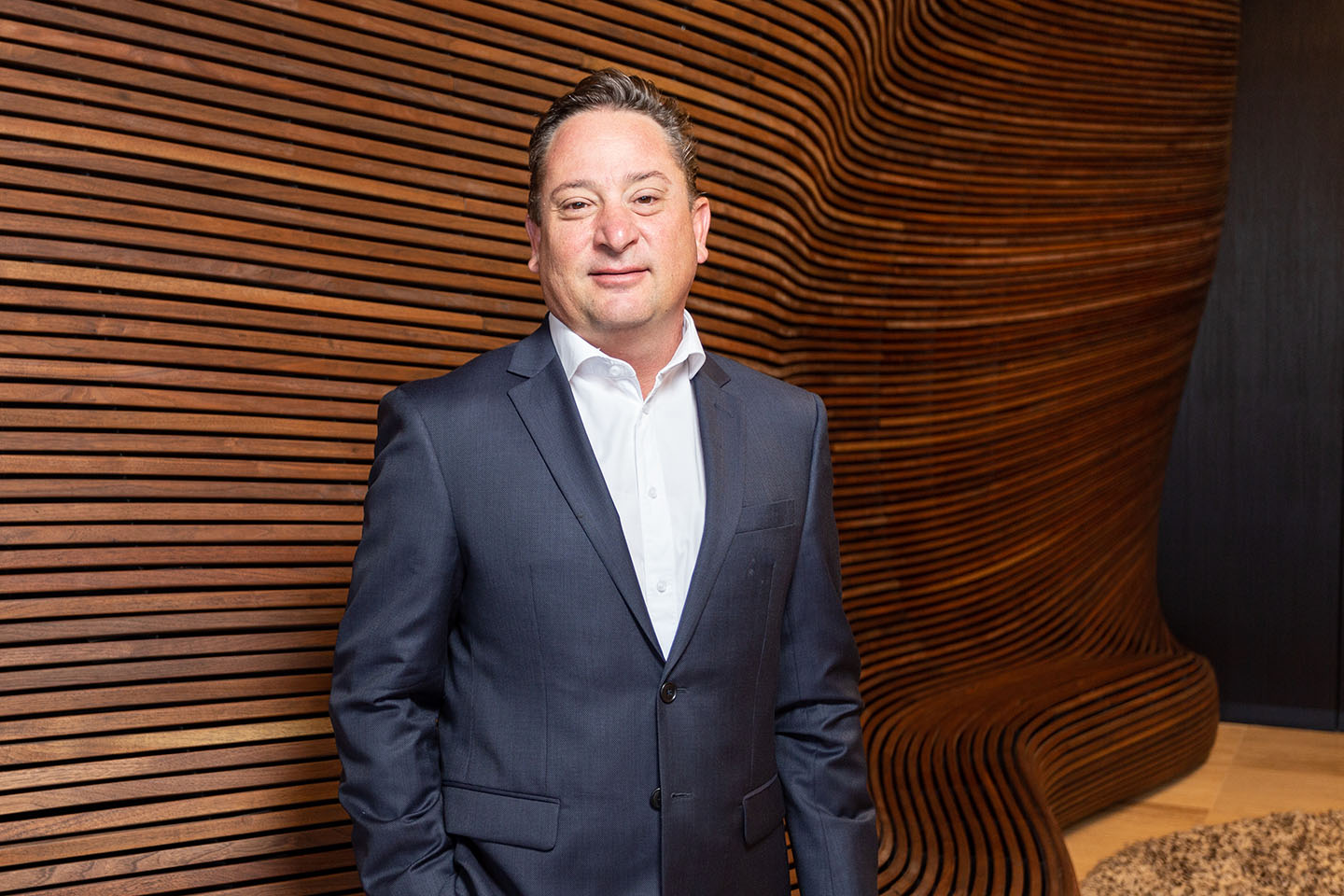 KPMG’s Mr Woods said he was pleased with the modest growth his firm was achieving in the current financial year.

Mr Woods pointed to government investment in infrastructure and the health system as notable drivers of growth.

Technology enablement and cyber security were other areas attracting investment.

“We have had strong and solid growth and this is trending up as we emerge out of COVID,” Ms Drummond said.

“Assurance has been strong, as has tax.

“Transactional work and consulting slowed for a while, as was expected, but are coming back now.

“There is strong demand from many businesses to transform the way they do things, which is seeing our technology and digital capability being kept very busy.”

In a similar vein, PwC’s Ms Tremain said a big focus for her firm was using a broad suite of skills, including data and business analysis, to help clients with transformation projects.

“One of the hardest things is finding the right people to meet our needs.”

As well as skills in data and analytics, PwC was targeting those with strong negotiation and people skills.

Ms Tremain said PwC was planning to recruit some people coming back to Perth from overseas.

“That’s a big opportunity for us, we’ve got a lot of people returning from PwC offices around the world,” she said.

“We’re well ahead of budget, but I must admit the budget was conservative,” BDO’s Mr Toll said.

“We’d be consistent with what we were doing this time last year, and that was one of our best years.

“A lot of that has been driven out of the M&A and initial public offering transactional work; that just creates work for all service lines.”

BDO has worked on about 10 IPOs in recent months, mostly for junior miners, and has mandates for some sizeable upcoming transactions.

As well as stock market listings, Mr Toll said there had been a lift in private equity investment, especially in mining services but also technology and communications.

“We’re seeing more and more activity there,” he said.

Mr Toll noted there had been some big changes in BDO’s audit practice, especially after one of its largest clients, Perth-based Automotive Holdings Group, was taken over by Brisbane-based AP Eagers.

“We were on the wrong end of a few takeovers of audit clients, with AHG being the main one, but we’ve had some good wins and with the new listings we’ve backfilled that work,” Mr Toll said.

RSM’s Mr Paoliello said his firm was growing revenue at about 7 per cent, a similar growth rate to the first quarter of last year.

“We have certainly seen an increase in capital raisings and merger and acquisition activity post COVID,” he said.

RSM acted as investigating accountants on $225 million of IPOs and other public capital raisings in the year ended June 30 2020.

This included the largest WA IPO of the year, Primewest Group, which raised $100 million and listed on the ASX in November 2019.

It also assisted with recent capital raisings by Decmil Group and Kalium Lakes, both of which exceeded $50 million.

“Most recently, we have assisted Duratec with their capital raising, which is the largest so far this calendar year,” Mr Paoliello said.

He added that RSM was also seeking to expand its core audit, tax and consulting services.

“Whilst expanding on our core service offerings, we have also expanded our service lines to include cyber security consulting and testing, IT consulting and support services, data analytics, M&A support and capital raisings,” he said.