SPECIAL REPORT: Despite a host of deals in the Perth Basin during the past year, proponents are battling issues with red tape. 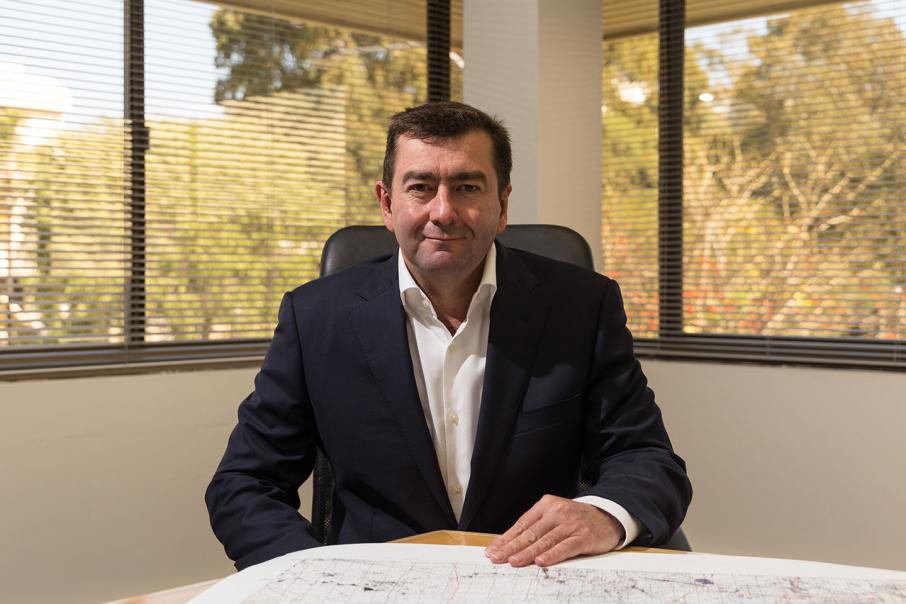 David Messina says further work at the Warro field will get under way when there is clarity over the fracking inquiry. Photo: Gabriel Oliveira.

Despite a host of deals in the Perth Basin during the past year, proponents are battling issues with red tape.

Data from the state’s Public Sector Commission shows the headcount at the department, which was formed last year by an amalgamation of the Department of Mines and Petroleum and part of the Department of Commerce, fell by 133 people in the six months to March 2018, leaving 1,471 staff.

One oil and gas executive told Business News the cutback was likely to make an already protracted process for approvals even more difficult.

“You can imagine what (the staff reduction) does to the resource and experience level of (the) key regulator,” he said.

“And therefore anything that you’re trying to get done in any timeframe you’d be comfortable with has been delayed.”

He said there was a lack of consistency and standardisation in approvals that existed in more mature regulatory environments.

“At the moment you may have two wells that are quite similar being drilled in the Perth Basin and you’ll have two companies potentially submitting quite different documents,” he said.

The department did not respond to a request for comment, but publishes quarterly data on approvals. Exploration permits, for example, are to be approved in 120 days. The department received one and approved one application in the quarter, hitting its time target. However, it had 22 pending permits carried from the previous quarter, all of which were carried into the following quarter.

Mr Nicholls said Adelaide-based Strike was in a unique position to compare regulation as it had a project in Western Australia at West Erregulla, and another in South Australia’s Cooper Basin.

“(It’s) really surprising in a state which is the homeland of oil and gas for Australia,” he said.

“If you look at some of the incentivisations South Australian regulators have, the reduction of barriers to entry for new, young entrepreneurs to come into a basin and take up new positions and look at things slightly differently is there.”

Environmental permits spanned across the Cooper Basin, he said, regardless of whether for drilling or operations or other activities.

“As long as you comply with the existing environmental permits over the entire basin, you’re fine,” Mr Nicholls said.

“Whereas in WA, it’s a 12-month exercise to put an environmental permit together for a single well in an onshore basin that might be right next door to the well you drilled the year before.”

Activity appears set to intensify in the Perth Basin despite the regulatory pressure, particularly given significant recent deal flow.

“About 60 per cent of the basin has changed hands in the past 12 months,” Mr Nicholls said.

“There has been a huge amount of upheaval in the basin.”

Transactions included Mitsui & Co’s purchase of AWE earlier this year, giving it control of the Waitsia field, and Origin Energy’s Lattice Energy spin-off, which was finalised in January.

Meanwhile, Strike bought a 50 per cent interest in the West Erregulla project from Warrego Energy (which holds the remainder) last month, with the two planning to drill early next year.

West Perth-based Whitebark Energy is one Perth Basin player that has maintained an exposure in the basin, through its 15 per cent share of the Xanadu prospect and control of the Warro unconventional field.

The company secured the 43 per cent of Warro it did not already own from Alcoa in late June.

Whitebark managing director David Messina told Business News the company’s main focus was on production at Point Loma in Canada, but there was potential in the Perth Basin.

At Xanadu, which is operated by Norwest Energy, the next step will be 3D seismic work.

“What got everybody excited with Xanadu, pre-drill, was the material potential resource in place,” Mr Messina said.

“Combined with the fact you can develop the field from onshore, means your cost base is going to be much lower than, say, Cliff Head.”

Xanadu is an offshore field, but close enough to the coast that it can be drilled from land.

Further work at Warro would depend on the state government’s fracking inquiry, he said.

“Warro has had a lot of work done to it over many years; it’s an enormous resource there,” Mr Messina said.

“There’s no question it is technically challenging, as we’ve seen from the results of the wells that were drilled.

“We would see ourselves starting to refocus on that project when we have some clear air on where the fracking inquiry is going to end up and the timing around that.”

In the interim, the company Canadian assets were generating cash flow, with strong economics and potential development opportunities, he said.