Squeeze on for mortgage brokers

THE mortgage broking industry is preparing for a major transformation as the credit crisis and slowdown in the real estate market continues to dampen demand. 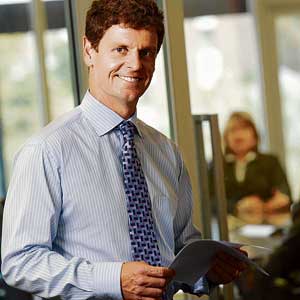 PICK UP- There was an increase in forst homeowner activity in the latter part of the last year, according to Mark Hewitt

THE mortgage broking industry is preparing for a major transformation as the credit crisis and slowdown in the real estate market continues to dampen demand.

Industry players forecast a drop of between 20 and 30 per cent in the number of brokers working in the industry over the next 12 to 18 months, as loan volumes and commissions plummet and new federal legislation governing broker licensing comes into force.

The prediction comes after recent figures from the Australian Bureau of Statistics showed the number of financing commitments in Western Australia dropped 5.8 per cent for the month of November compared to the previous month, to reach 5,994.

But first homeowners appear to be holding up the market, with 1,399 dwellings financed, up 7 per cent on the previous month.

AFG's proportion of first homeowner clients rose from just under 10 per cent to more than 20 per cent in December.

Total mortgage sales for the company were stronger than expected, up 11 per cent in terms of volume compared to December 2007, the first month in the whole of 2008 where mortgage sales out-performed the same month the previous year.

"It would be premature to call a turn-around in the mortgage market based on a single month's performance, but the December figures were an encouraging sign," Mr Hewitt said.

AFG restructured its business in mid-2008, which involved making 40 of its staff, or about 20 per cent of its workforce, redundant.

"We were probably reasonably fortunate because we were able to access the data almost immediately. We picked up on clouds on the horizon in around March and made changes to our structure ahead of most others ... all to consolidate our position and focus on the opportunities," Mr Hewitt said.

Commissions being paid to brokers are estimated to have dropped, on average, by between 25-35 per cent.

"With commissions down and volumes down it's not the best career choice now," Mr Brede said.

"The big banks are getting most of the business, and they have the power to go hard on commissions."

The company experienced about a 25 per cent drop in loan volumes for 2008, but is hopeful the market will turn around as the first homeowner market gains momentum.

"With the first homeowner grant it's a good time to buy with property values and interest rates good," Mr Rimmer said.

"There are some pluses, but on the other side people are wondering about job security and whether they should buy a house now."

The federal government is scheduled to take over regulation of mortgage brokers from the state governments on July 1.

Some in the industry fear the changes could lead to a tightening in licensing conditions and increased costs, forcing some out of the industry.

But in an encouraging sign, a survey by Mortgage and Finance Association of Australian and BankWest showed the number of people in WA intending to apply for a mortgage rose from 11.8 per cent to 22.9 per cent of those surveyed between April and November last year.