Women’s football is a huge market still waiting to be fully developed. 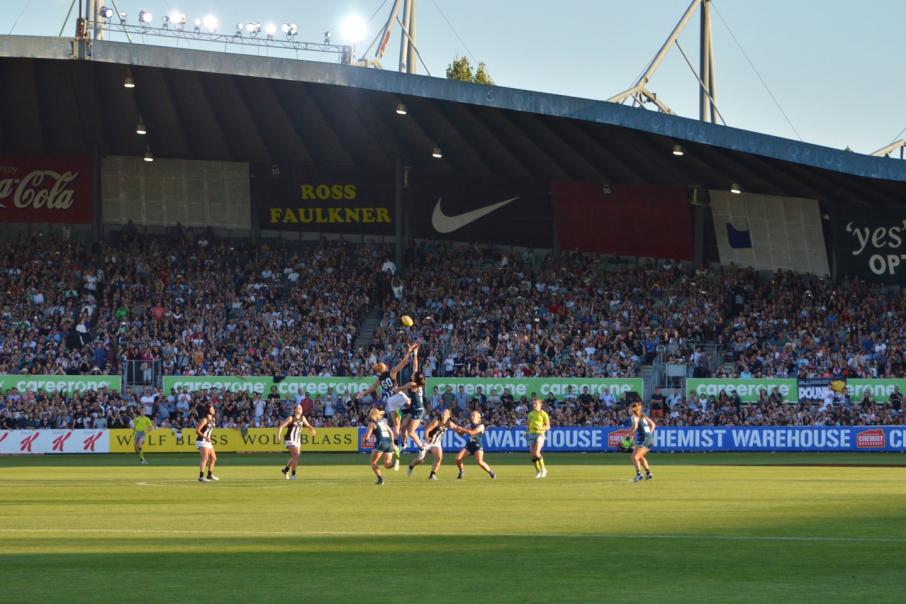 Female participation in all levels of football is growing. Photo: Tigerman2612 on Wiki

It must annoy those who run sports such as hockey and basketball that so much of the focus on women’s sport over the past few years has been on Australian football.

After all, those other sports have put a lot more effort into female competition over a longer period, only to find themselves now playing second (and third) fiddle to a sport that seems to have only offered opportunities to women for five years (or less).

It was hockey that set the gold standard, moving almost a decade ago to pay male and female national team players at the same rate.

The AFL, on the other hand, faces an uphill battle to convince many of its (male) followers of the value of the AFLW. And pay parity across the AFL and AFLW is not even on the radar.

But should it be?

The logical argument is that the money used to pay the players is derived from the AFL, not the AFLW.

For instance, West Coast recently reported club membership for its AFL team was 106,422, while the figure for its AFLW team was 3,081.

Then there’s more than $450 million a year the league receives in income from the TV broadcast deal, the value of which is in the AFL rights even though it does include AFLW rights, and a suite of massive AFL sponsorship deals. It’s notable that 80 per cent of AFL sponsors also sponsored the AFLW competition at some level this season.

Put simply, there is a huge disparity in the amount of revenue generated by the AFL and AFLW competitions.

On that basis, you might think it a prudent business decision to limit the spending on the female side of the business.

The most common argument is that it took men’s football more than 100 years to generate this level of revenue and when the women’s game can do the same, the women can be paid the same.

Others, meanwhile, argue about the quality of play. And while the quality has improved markedly over the five years the competition has been in existence, I must concede I would much rather spend an afternoon watching a WA Football League game than an AFLW game.

However, the ‘quality of play’ argument doesn’t hold much water with me. Women’s tennis is much more enjoyable to watch than men’s tennis, given the potency of the serve in the men’s game, but I don’t hear anyone arguing female tennis players should earn more than the men.

There is also a counter argument that some football fans don’t seem to be able to get their heads around: the AFL is a business, and if it doesn’t cater for women, then it’s ignoring 50 per cent of its target audience.

And by using revenue derived from men’s football to fund women’s football, it can fast-track the development of the women’s game and court a massive number of potential new fans.

That is undeniably good for the business, and it’s already working.

As a result of the investment in the AFLW, female participation in Australian football at all levels has increased from 30 per cent of the 1.5 million total players (in 2017) to 40 per cent in 2021. TV viewer numbers are up. The number of AFLW members is up.

Imagine what happens when women can earn the equivalent of a full-time salary from football; girls across the country will have a career path laid out in front of them, rather than just a speculative future in a sport they love playing.

This will bring more junior players and the quality of senior women’s football will undoubtedly improve.

Interest in the sport among adult women will also grow because so many more of them will have played the game as children.

The growth could be exponential. And that is good for girls, for the sport, and for the AFL.