The state’s former chief justice has spoken out about the overrepresentation of Aboriginal people in the justice system and the role he believes sport could have in rectifying that. 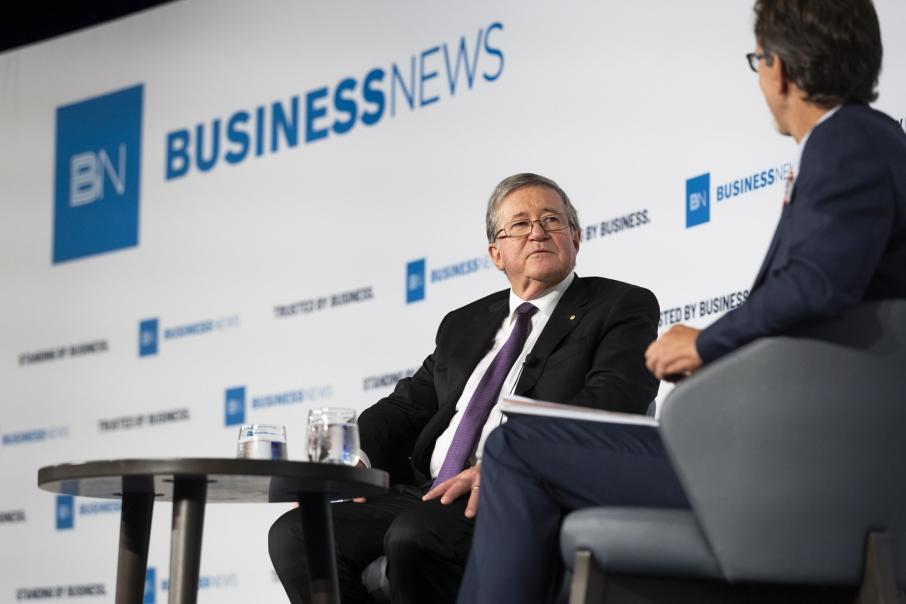 The state’s former chief justice has spoken out about the overrepresentation of Aboriginal people in the justice system and the role he believes sport could have in rectifying that.

While discussing his role as chair of the WA Football Commission, Wayne Martin AC told attendees at Business News' Success and Leadership Breakfast this morning that he believed the community engagement aspect of the game could be utilised to address a plethora of social issues.

He described the socio-economic factors contributing to the high incarceration rates of Aboriginal people as incredibly “complex” and said they were likely to take generations to address.

“Since the unfortunate decline of organised religion, sport has become the source of community engagement in Australia.

“I see footy as an opportunity to get people together, engaged in a healthy activity, particularly in relation to Aboriginal communities.

“I would like to see a lot more done to improve infrastructure.

“There are two places where we see the overrepresentation of Aboriginal men - one is in our courts, police stations and prisons and the other is on our football fields.

"In the latter, they're truly extraordinary.

“I believe there is an opportunity to use one to interact with the other.

“I love the game, but I’m more concerned with football as a social tool.”

In looking at gender equity within the legal profession, Mr Martin described the nature of the work as a key “problem” facing the sector and warned that it was one that was costing it talented young lawyers.

While acknowledging that he had been out of the profession for several years and was not in a place to comment on the existence of a gender pay gap, he did reflect on the trends he had observed among young female associates - stating that while most graduated with better grades and outperformed their male counterparts, many found the nature of the work not to be conducive with family life.

He was pleased to see the implementation of quotas at a suite of prominent Australian law firms and women stepping into senior roles, he said.

From high profile cases to his 12-year stint as chief justice, Mr Martin spoke frankly about his career in law; a field he revealed he “fell into” as a teenager after choosing to follow a girl he was fond of to university.

After completing a Master of Laws from the University of London and being admitted to practice in 1977, he moved to Canberra - an experience he said granted him exposure to cases he wouldn’t otherwise have had the opportunity to work on.

His career took off in the 1980s and 1990s, around the same time he was made a senior litigation partner with Keall Brinsden and joined the Independent Bar.

During that time, he was involved in the prosecution of high-profile businessman Alan Bond; a case he listed among the most memorable of his career.

He also reflected on his role as Counsel assisting the Royal Commission into the collapse of HIH Insurance in Sydney, and the implications the commission’s report had for corporate governance.

Amost two decades on, he said he believed the findings were still relevant today and highlighted the role company culture played in what is still Australia’s largest corporate collapse.

“You can have all the rules in the world, but if you’ve got a rotten culture, the rules are easy to manipulate,” he said.

Mr Martin also discussed his role as chief justice of WA for 12 years between 2006 and 2018 and overseeing the modernisation of the judicial system and the role of technology - particularly during the last 18 months of the COVID-19 pandemic.

He serves as chair of a number of other organisations, including Parkerville Children and Youth Care, Harry Perkins Institute for Medical Research and DUG Technology.

Mr Martin said he was taken aback by the degree to which Perth had transformed since the 1950s and declared his confidence in its ability to continue growing.

“The Perth I was born into in the 1950s was a small country town, but the level of commerce now is just exceptional,” he said.

“No one could have anticipated the scale of the change, and I believe that change will continue.

“I am very excited about the future of Australia.”