Sponsors play to the crowd 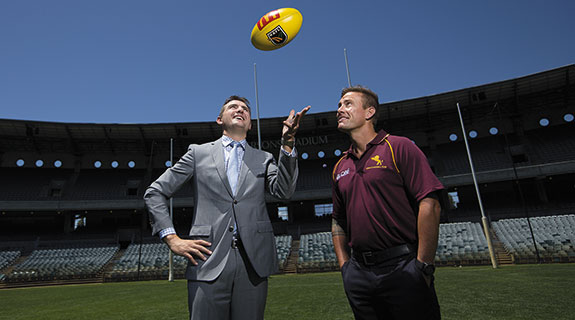 However, turning that success into sponsorships hasn’t been as simple as leveraging off the popularity of the 20-over version of the game, which attracts big crowds and TV audiences, Western Australian Cricket Association commercial, marketing and communication general manager Shay Nasta told Business News.

While Mr Nasta would not disclose the value of Scorchers’ cash position, he said closer liaison and a better understanding of sponsors’ requirements were vital.

“That’s done through understanding what the sponsors need and creating tailored packages for them,” Mr Nasta said.

“If the proposition is good you’re going to get sponsors looking at it.”

For sponsors such as telecommunications provider Amcom Telecommunications, that proposition included using its Cloud Collaboration video conferencing technology to announce the signing of batsman Michael Klinger.

At the Hopman Cup, similar ‘activation’ by sponsors played a part in securing Emirates (hostesses), Woolworths (branding on ball boys) and Volkswagen (car giveaway) in a short period following the withdrawal of previous naming sponsor, Hyundai, less than six months before this year’s tournament.

Tournament director Paul Kilderry would not disclose how much sponsorship deals were worth, but said the event’s costs and $1 million in shared prize money came largely from sponsorship and ticket sales (95,000 this year).

Other sports can struggle to attract sponsorship, however. Last month, the West Australian Football Commission announced that, after several years’ work, it had secured sufficient advertising partners to entice commercial network Channel 7 to broadcast coverage of the 2015 season.

Following unsuccessful attempts to secure Channel 9, public broadcaster ABC agreed to extend its tenure, which it had previously given notice would end at the end of the 2013 season.

WAFC chief operating officer Nicholas Sautner, who took on the role only 12 months ago, said it was kicking in $100,000, with the same amount in redirected marketing funds from each of the nine teams also going towards the broadcast deal.

Naming rights partner McDonald’s has been joined by AHG, Reiwa and gaming company TABtouch, which along with the league’s support have provided about $900,000 – just shy of its $1 million target (with a further two advertisers still in negotiations).

Mr Sautner said the ultimate aim with a commercial broadcaster was to increase revenue from sponsorships and through greater TV promotion encourage more Western Australians of all ages to play football.

While the most popular sports have the potential to make a profit from sponsorships, Western Force chief executive Mark Sinderberry said the rugby union club had had taken on a more personalised approach to increase its revenue from sponsors (currently about 20 per cent).

He said the club didn’t have a major sponsor for the 2015 season and so came up with the idea to have individual WA businesses take pride of place on each player’s jersey.

“It’s allowed us to form a relationship with those businesses and bring them on the journey with us during the season” Mark Sinderberry said.

“The absence of a naming rights partner and tough economic period provided us with the opportunity to think outside square and embark on this first in the Super Rugby competition.”

Netball WA chief executive Simon Taylor, whose business, including the West Coast Fever team, had an $8 million per year operating cost, told Business News it received $1.9 million to $2 million from sponsorships, much from advertisers with which it had long-term relationships.

He said appealing to a largely female audience had its pros and cons.

“I think it is definitely one of our strengths having the (female) market,” Mr Taylor said.

“Sometimes people just go where the sport is front of mind, so the AFL and the cricket and the traditional sport I suppose but I think that’s changing.

“I think people are recognising that we’re run professionally, that we have broadcast, we have a large participation base that they can get their message through."