Whether to improve employment opportunities, secure a bigger salary, or simply scratch an educational itch, interest in postgraduate study is growing. 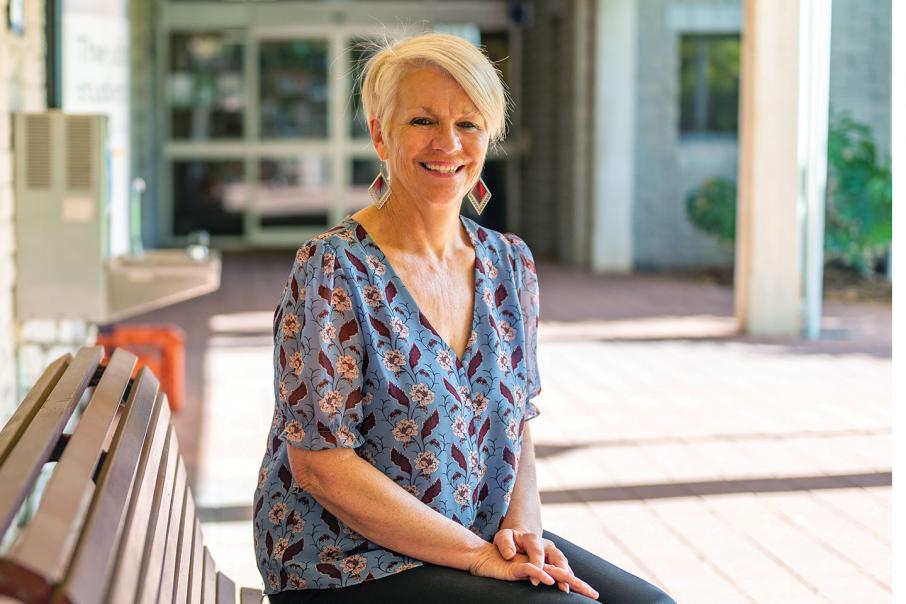 Postgraduate study is becoming an increasingly attractive option for

many recent graduates who are finding employment opportunities limited as the fallout from the upheaval of 2020 continues.

In a cutthroat job market, with applicants looking to set themselves apart from similarly educated and qualified candidates, could a postgraduate qualification be the key to success?

Is the financial investment, and the time spent furthering one’s education, worth it?

Already this year, universities across the country have recorded a spike in people signing up for postgrad studies, with local data supporting this trend.

Curtin University figures are up by 10 per cent, while enrolments were up at the University of Western Australia, according to pro vice-chancellor (academic) Graham Brown.

Professor Brown said this was good news, given the drop in postgrad student numbers in WA during the past five years.

“In terms of domestic postgraduate enrolments, we’re already ahead of final figures for last year,” he said.

“The evidence is clear; demand for postgraduate study goes up when the economy goes down.”

Currently, more than half of those with postgraduate qualifications working in WA are from overseas.

Given the ongoing disruption to travel due to COVID-19 and the growth in domestic enrolments, however, that could change when this latest cohort moves into the workforce.

Pro vice-chancellor and head of Fremantle campus at The University of Notre Dame Australia, Selma Alliex, said a strategy to ensure continued growth and support for postgraduate students in recent years had led to a marked rise in candidates seeking admission.

“This area continues to be one of strategic importance to the university,” Professor Alliex told Business News.

“It is well known that people will change careers at least seven times in their life and have about 15 different jobs.

“This means that postgraduate studies prepare people to extend their skills and explore employment  opportunities that would otherwise not be available to them. This increase in the depth and breadth of skills is only possible through postgraduate education.”

Professor Alliex said the outcomes for postgraduates were significant, in that these qualifications allowed for professionals to provide a different perspective in their employment.

“[Graduates] are able to problem solve and think through issues creatively because of their extended education,” she said.

Professor Alliex said each school at Notre Dame employed dedicated postgraduate coordinators, so there was support available for students undertaking such studies.

Given the increased demand for these courses, the university had developed new postgraduate offerings relevant to the current workforce needs, she said.

Murdoch University is also ramping up its offerings for postgrad study, having been the first institution in WA to offer a master’s in criminology.

Murdoch says the course offers prospective students: “A competitive edge, specialised knowledge and advanced skills needed to respond to a wide range of tasks in the criminal justice system and the field of criminology.”

UWA has recently added a raft of new courses, saying education is now more affordable than ever, thanks to an expanded range of Commonwealth Supported Places (CSP).

CSPs subsidised by the federal government offer students savings of between 61 per cent and 83 per cent on course fees compared to 2019 fees, according to the university.

Competition for these scholarships is fierce, and financial assistance through tertiary institutions can go a long way to cutting down on the costs associated with further studies.

On top of cheaper fees is the opportunity to earn more at a later date, with future earning potential for postgraduates as much as $20,000 a year higher than that for undergraduates.

“In terms  of  employability and salary, it’s absolutely clear on the government data that the employment rate of a recently qualified postgrad is considerably higher, and the average salary they’re pulling in is much higher,” Professor Brown said, citing an employment rate among postgraduates about 30 per cent higher than that of undergrads.

“Theoretically, you could be recouping the cost of your master’s degree within five years.”

According to the Census of Population and Housing (2016), more than 20 per cent of WA residents with a postgraduate

qualification had income of more than $3,000 per week.

The equivalent figure for those with an undergraduate degree was around one third.

Those figures for 2016 found that, of those in WA in high- salary jobs of $2,000 per week and above in WA, 15 per cent were held by people with postgraduate qualifications.

“It often starts with a ‘wish list’ for their ideal candidate, and while postgrad qualifications may not always be a requirement for the role, it is usually more so desirable,” Mr Gillam told Business News.

“Postgrads often have a strong sense of intellectual curiosity and maturity, and we often see them thrive in some of the country’s leading employers that we work with.

“When recruiting, though, we still tend to focus first on the person and their personality, their overall attributes, motivation and cultural fit as opposed to purely looking at their qualification and results “It’s the combination of skills, experience and cultural fit that make a person the most desirable candidate.”

To this end, Mr Gillam recommended job seekers looked to gain the skills necessary to realise their potential through industry-specific professional development, training and short courses. If this could be achieved in ways other than gaining a master’s or PhD, it was still highly valuable to an employer.

“While there is no doubt about whether a first degree still provides value for money, further education definitely assists job seekers to get a foot in the door with most employers,” Mr Gillam said.

“We always encourage candidates to be clear on the reason that they have completed additional study and that employers want to know they are passionate about the subject or see it as a step up within a particular sector, not because they have a time gap that needs filling.

“It’s also important the study is relevant to the sector they are in or will provide them with better skills for the job they want.”

And while, historically, his company rarely had requests for candidates with such qualifications, this appeare to be shifting in lockstep with the dynamic job market in the COVID-19 climate.

“We are noticing this within the technology sector more than anywhere else.”

Mr George maintained postgraduate qualifications without relevant work experience did little to add to the marketability of a job candidate, and it was key for those seeking employment to marry any commercial acumen they gained from an MBA, say, to identifiable workplace skills sought by prospective employers.

“The business network a candidate gains while completing an MBA should never be underestimated, as it can give them a cohort of like- minded professionals to bounce ideas off,” he said.

“Small to medium startup organisations that need candidates to wear many hats can really benefit from employees with MBA experience.

“PhDs are not generally asked for en masse, but are held in high regard for specific job types, such as in data science.”

The decision to enter postgraduate studies need not be financially driven, however, with many candidates seeking personal and professional satisfaction through further studies rather than just a higher potential salary.

Fremantle mother of two Sunni Wilson has recently embarked on a master’s in education, saying she wanted to do something more rewarding with her life after raising children and spending more than a decade in communications roles.

“I know it’s a cliche, but I want to make a difference in kids’ lives and do something worthwhile,” Ms Wilson said.

Ms Wilson said taking a pay cut to further her education, as well as embarking on a complete career change, had been a nerve-racking decision.

She said her studies had proved to be the most challenging thing she’d ever done, but she was in for the long haul.

“I just figure all these sacrifices will be worth it,” Ms Wilson said.

One of very few candidates accepted to do their master’s of education through the intensive course offered at the Australian Catholic University, her studies will combine practical classroom experience with theory and individual projects.

Another up for the challenge was recent PhD graduate Helen Adam, who, after a career in teaching, gained her doctorate from Edith Cowan University in 2019.

“For me, it began almost by accident,” Dr Adam said.

“I began my academic career in 2007 with a bachelor’s degree and right from day one I knew I had found something that was for me.

“In 2008, I became a single parent, and was faced with finding full-time employment.

“I gave myself a year to get into full-time academia and, by the skin of my teeth, I received a one-year contract.

“I started my master’s immediately and completed it in two years.”

Dr Adam then started her PhD with a focus on representations of race and diversity in children’s literature, an area of study she was passionate about.

Dr Adam told Business News she made the decision early on in her postgraduate studies to focus on her own mental health and wellbeing, and that of her family, throughout her studies.

“I think I managed this pretty well,” she said.

“I might have completed in shorter time had I pushed myself more, but I like to think I completed this without compromising my family or health.”

This doesn’t mean it wasn’t difficult, with Dr Adam conceding the last six months of study was particularly tough.

“It has transformed my entire life,” said Dr Adam, who has spoken about her work extensively in the media and is now a sought-after commentator.

“If you had told me 13 years ago that, in 2019, I would be a doctor and a senior lecturer, and have a career writing and teaching about my own work, I would never have believed it.