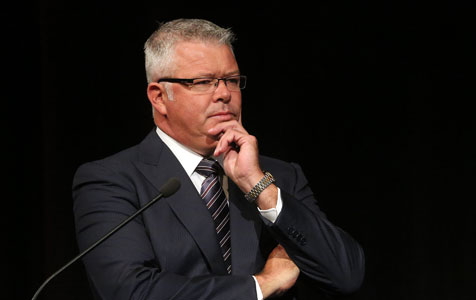 The state budget to be delivered on August 8 is expected to remain in surplus, despite the government preparing for a further major reduction in GST revenue.

In a pre-budget interview with Business News, Treasurer Troy Buswell said Western Australia had received $2.9 billion last year in reimbursements from revenue generated by the GST, but this was expected to collapse to just $500 million by 2016-17.

He said while WA gained direct grants from the Commonwealth in areas such as health and education, the falling GST return imposed major pressures on the budget. Within three years the state would be getting back just seven cents back for every dollar paid in GST.

Mr Buswell said the government would continue to press for a fairer deal on the GST issue.

But while Australians travelling overseas have not welcomed the lower exchange rate for the dollar, it has been of benefit to the budget bottom line, despite the fact that the rate of growth in public sector expenses continues to outstrip the growth in revenue.

Mr Buswell declined to confirm that the budget would return a surplus, saying only that it was the government’s objective.

“Everyone in government is working hard to make sure that the budget stays in surplus because our view is that we don’t want to put the state in the position where we have to borrow money to keep the state’s schools, hospitals and police stations open,” Mr Buswell said.

“Staying in surplus is an important indicator of your preparedness to live within your means.”

The treasurer noted that the lower dollar had a positive impact on income from royalties, thanks to the state’s massive resources exports, although this was offset to some extent by price volatility.

The dollar has been hovering around US92.6 cents in recent days, well below the $US1.05 plus that prevailed at this time last year. This represents a windfall in government revenue, although iron ore prices are well below their peak.

Mr Buswell said the government would embark on a concerted program to rein-in spending growth by: containing increases in the public sector payroll; reviewing whether various programs and services should be continued or contracted out to the private sector; launching another assault on red tape; and assessing the effectiveness of asset sales.

However he declined to say what assets might eventually go onto the market.

With expansion in some resources projects being put on hold, the state’s growth rate is expected to ease. But business will be spared any increase in stamp duties.

• Mr Buswell and Premier Colin Barnett will be key speakers at the Business News post-budget breakfast on Friday August 9.