A Bill to tighten rules around political donations to WA campaigns is likely to further anger businessman and one-time politician Clive Palmer. 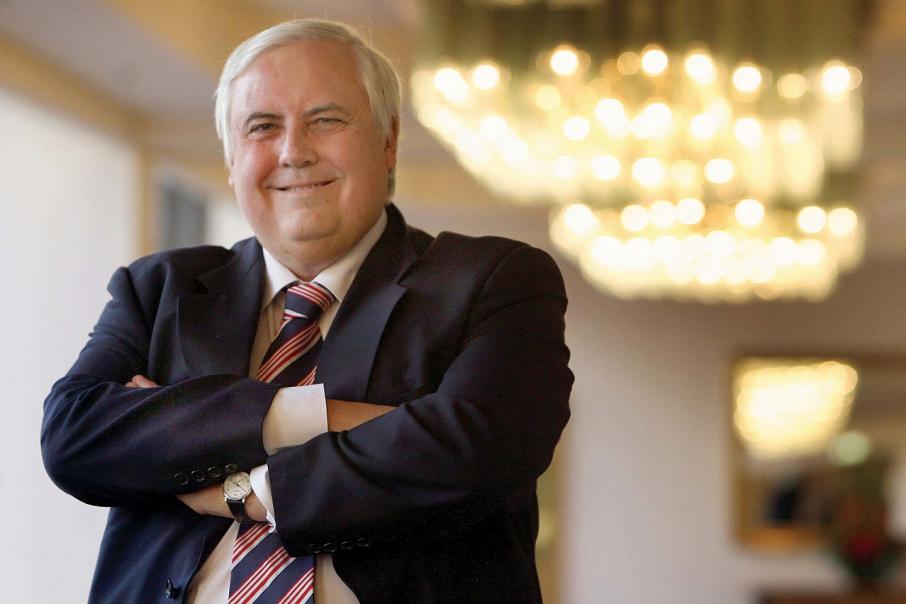 Clive Palmer is confronting WA on a number of fronts.

As Mark McGowan and Clive Palmer have been slugging it out over the merits of the Queensland heavyweight’s Balmoral South iron ore venture in the Pilbara, a seemingly unrelated issue has been quietly progressing through state parliament.

The Electoral Amendment Bill 2020 is designed to improve disclosure rules around political donations and stop foreign donors from contributing to state election campaigns.

It also introduces expenditure caps for the campaigns, with Electoral Affairs Minister Stephen Dawson telling the Legislative Council: “Western Australian electors deserve to know that those with the deepest pockets should not be able to spend their way to influence an election.”

Mr Dawson did not expand on who those with the deepest pockets might be, but it would be reasonable to guess that Mr Palmer would be uppermost in his, and the government’s, thinking.

In fact, Mr Palmer didn’t waste any time illustrating the reasons for the government’s concern with his latest advertising blitz.

Outraged by Mr McGowan’s decision to rush legislation through parliament to end the arbitration proceedings over differences on his Balmoral South venture, Mr Palmer went on a media offensive.

Double-page advertising spreads in both national and state newspapers, and repetitive messages on commercial radio condemning the premier and his government, were a reminder of Mr Palmer’s tactics at the last federal election.

The claims were extreme.

For example: “Mark McGowan’s actions in the past two months have been a concerted effort to cover up his personal involvement in breaking the law and people must question why his government has passed an Act which provides him and others with an exemption from the Criminal Law,” Mr Palmer said.

Of the more than $121 million in political donations reported by the Australian Electoral Commission for last year (a federal election year), almost 70 per cent went to Mr Palmer’s United Australia Party.

Did he get the desired bang for his buck at the ballot box? Not when you look at the UAP’s 3.4 per cent of the national vote.

But Mr Palmer sees it differently, indicating he had Labor Party leader Bill Shorten very much in his sights.

“We decided to polarise the electorate and put what advertising we had left that hadn’t been used into explaining to Australian people what Shorten’s economic plans were for the country, and how they needed to be worried about them,” he said.

Clearly the Australian Labor Party WA has not missed the point.

The legislation provides for expenditure caps, which have already been introduced in NSW, South Australia, and Queensland.

In the past, before public funding, the parties relied purely on their political fortunes at the time to pay for their campaigns.

At the 1986 state election, Labor had an abundance of riches thanks to then leader Brian Burke’s legendary fundraising skills.

It was the turn of the Liberals in 1993 and 1996 to outspend Labor, which was then on the nose. And Liberal fundraising gained enormously from the ham-fisted attempt by Julia Gillard’s federal Labor government to impose a mining tax in 2010, which proved a great vote loser in a resources state such as WA.

Notes in support of the WA changes show that political parties spent almost $500,000 in the hard-fought 2018 Darling Range by-election won by the Liberal Alyssa Hayden.

Under the WA plan, registered political parties will be able to spend an average of $125,000 per seat, starting from October 1 through to polling day, which next year will be March 13. By-election spending will be capped at $300,000 per party.

The government says the new provisions, which are expected to pass the parliament in September, will slow the political arms race. But for the big-spending Mr Palmer, it’s more likely to be seen as red rag to a bull.