SPECIAL REPORT: Mining stocks are again leading the way in shareholder returns, but this time it’s not the iron ore players doing the business. 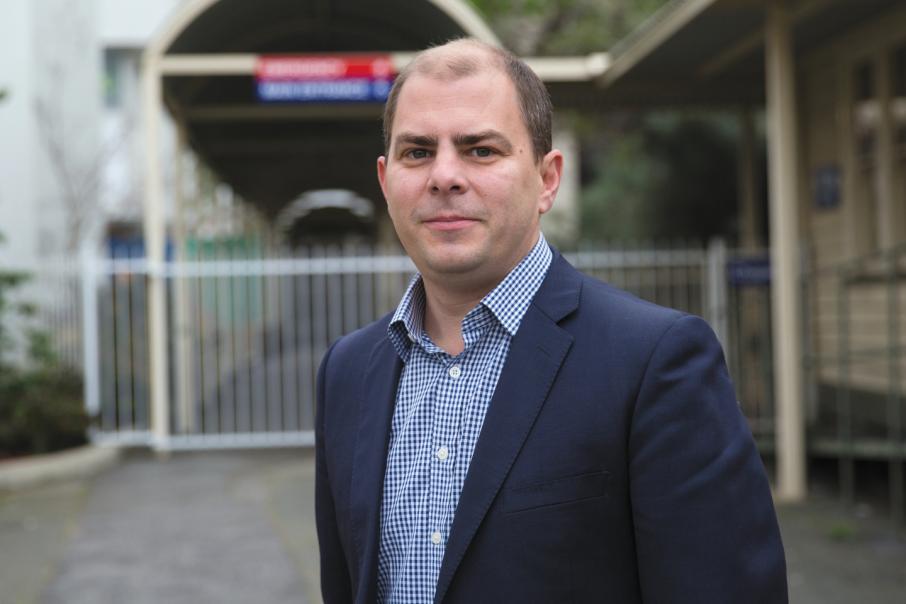 BREATHE EASY: ResApp Health CEO Tony Keating has overseen a strong performance by the digital healthcare business, which was the second-best performer with a TSR of 4.525 per cent. Photo: Attila Csaszar

Mining stocks are again leading the way in shareholder returns, but this time it’s not the iron ore players doing the business.

It might not feel like the return of Western Australia’s mining boom, particularly with iron ore missing in action, but a detailed analysis of shareholder returns over the past 12 months points to part of the state’s economy entering boom conditions.

Companies exposed to gold and lithium are leading the way in this latest burst of investor enthusiasm for mining, which has produced a list of 150 stocks generating a return of 100 per cent (and more) since June 30 last year.

Many of the stocks producing this double-your-money experience are small and still in the exploration phase of their development, but a surprising number of WA-focused miners have rocketed through the $1 billion barrier without widespread acknowledgement. 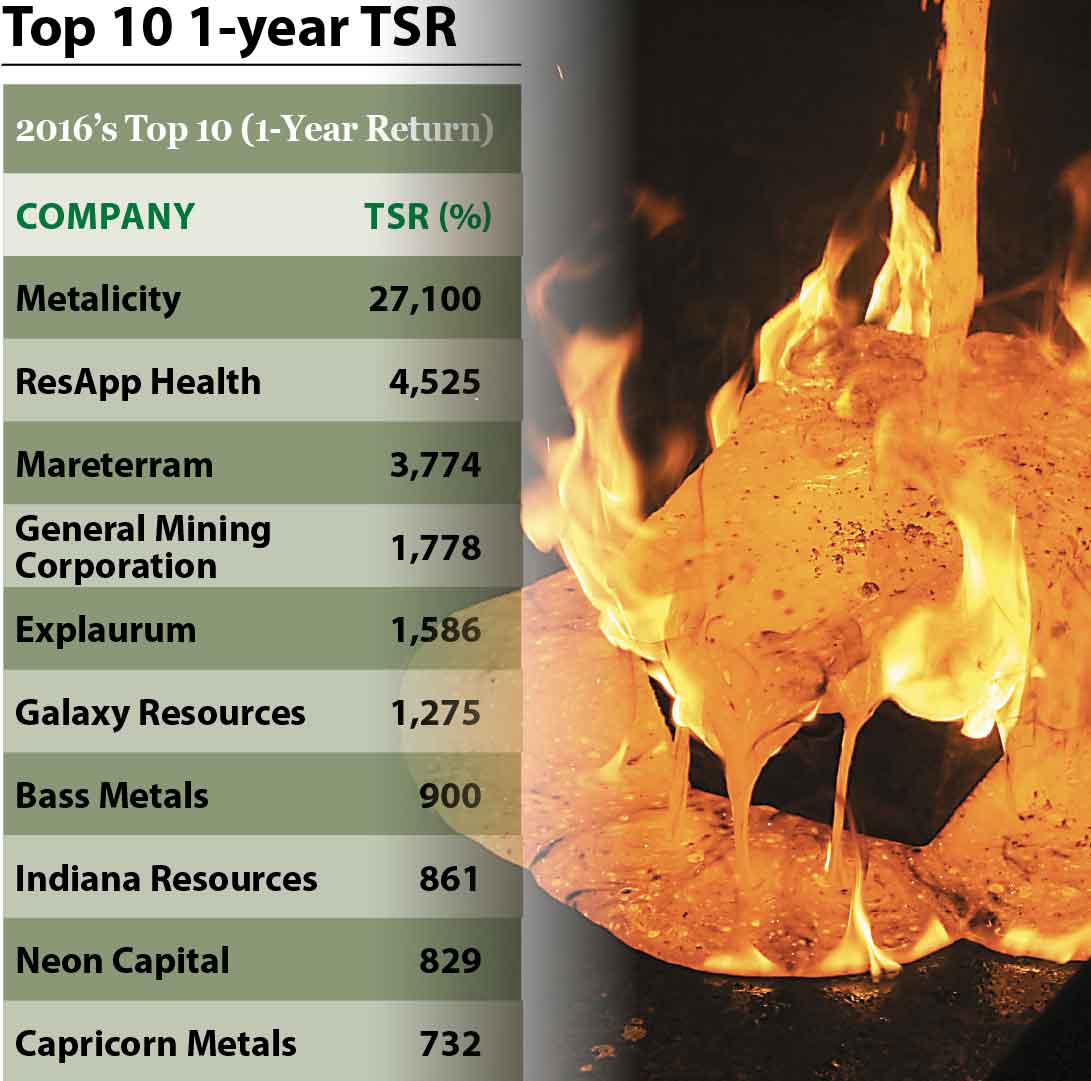 Northern Star Resources, the local favourite of gold investors, was already a billion-dollar business at this time last year. Today it is a $3.1 billion business and a top-100 stock on the ASX, after a 128 per cent increase in its total shareholder return (TSR) – a measure that combines share-price appreciation and dividend distribution to arrive at a complete picture of what shareholders have received from their investment.

Most of the mining stocks atop the TSR analysis by investment research firm Morningstar can be safely classified as speculative – which is one way of testing whether conditions can be described as a boom.

In the case of Northern Star, which has timed its expansion through astute asset acquisition to catch a record high gold price of around $A1,800 an ounce, the TSR performance is impressive even when looked at on a three and five-year basis, with the company producing a three-year TSR of 67 per cent and five years at 15 per cent. 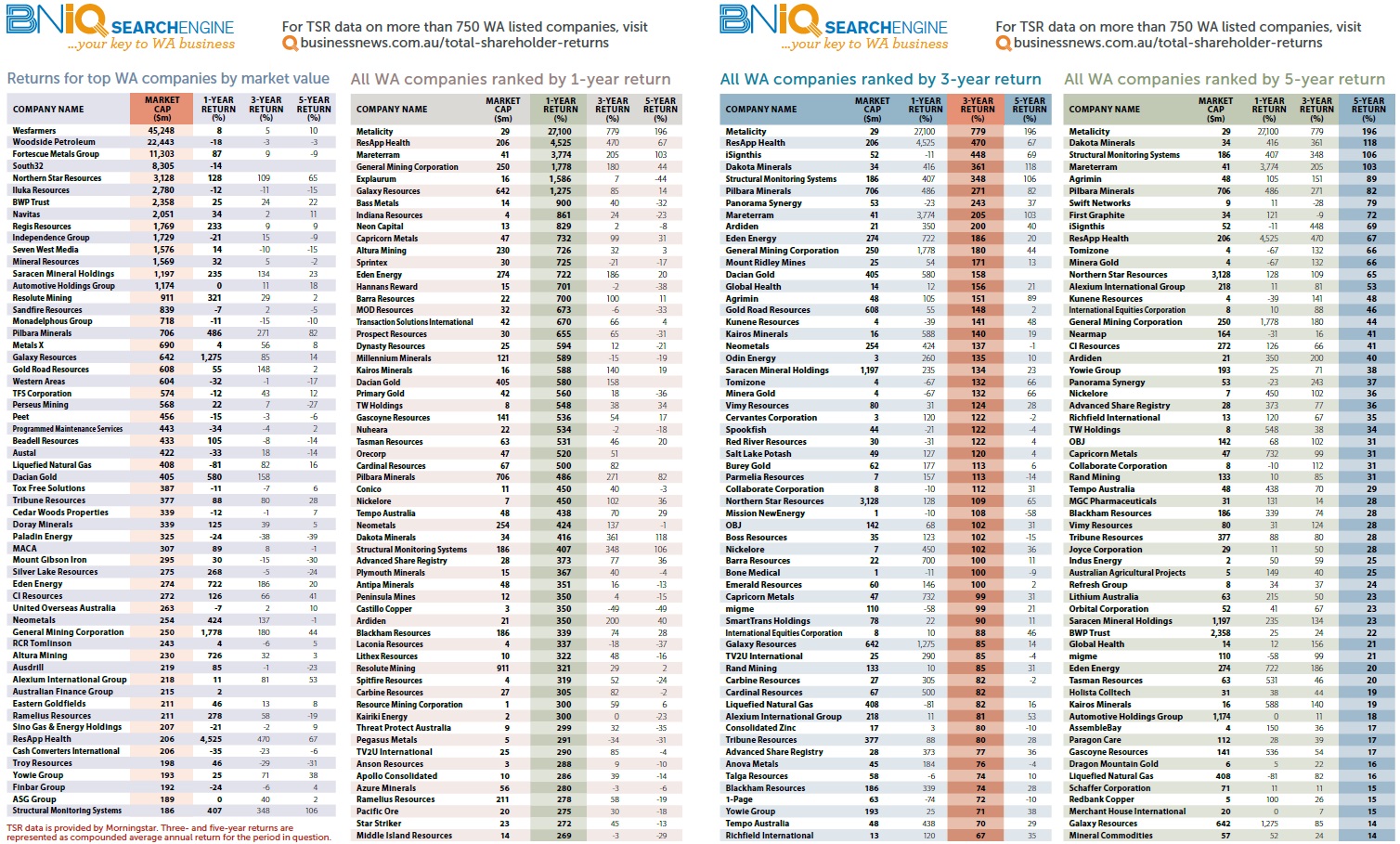 In contrast, most of WA’s prominent industrial companies are labouring in tough economic conditions, as government and household budgets are squeezed and disruptive technologies siphon-off revenue.

Three of the biggest home-grown companies – Wesfarmers, Woodside Petroleum and Seven Group Holdings – have not performed well on a TSR basis, though for different reasons.

Woodside, which has been buffeted by low prices for oil and gas, scored -18 per cent, and -3 per cent for both three- and five-year periods.

Exposure to a poor-performing coal investment, and losses in part of its retailing division, has been responsible for Wesfarmers generating a one-year TSR of 8 per cent and a ranking of 338 on 758-list of companies analysed by Morningstar.

On a three- and five-year basis, Wesfarmers has delivered a modest TSR performance of 5 per cent and 10 per cent respectively, a shadow of the result from its property-owning spin-off, the BWP Trust (previously called the Bunnings Warehouse Property Trust), which has TSR scores over one, three and five years of 25 per cent, 24 per cent and 22 per cent.

BWP’s strong TSR performance has been aided by its generous dividend policy because over the past 12 months; its share price has risen by 18 per cent, with dividend payments lifting its TSR.

Size has certainly not aided BHP Billiton, the company that once described itself as the big Australian. Its TSR scores for one, three and five years were -27 per cent, -9 per cent and -11 per cent.

Big companies have also weighed down the primary measure of stock market performance in Australia, the All Ordinaries index, which has fallen by 2.7 per cent over the past 12 months. This is in stark contrast to the WA-heavy gold index, which has risen by 112 per cent.

The tables accompanying this article tell the full story of TSR returns, with subscribers to Business News also able to interrogate the data on the BN website by following the drop-down menu under the BNiQ tag to ‘Total Shareholder Returns’.

Looked at on an all-in basis over the shortest timeframe of 12 months, many of the best-performing stocks are minnows, and some are not miners

Metalicity, the company at the top of the 12-month list, is a classic exploration hopeful, with its remarkable 27,100 per cent TSR reflecting a share price rise from less than 0.5 cents to a recent high of 10 cents, thanks to growing interest in its Admiral Bay zinc prospect near Broome and a recent entry into lithium exploration.

Discovered during an oil-drilling campaign more than 40 years ago, Admiral Bay is a world-class zinc deposit (but it is deep and will be expensive to develop). The lithium interests are in their early days but have promising addresses, close to the Greenbushes mine in the South West of WA and the Pilgangoora project in the Pilbara, a geological approach known as ‘nearology’, or the art of being close to someone else’s discovery.

ResApp Health, the second-best performer (4,525 per cent, 470 per cent and 67 per cent) is a business of greater substance, having developed a respiratory disease diagnostic test for use on smartphones.

A better way to extract useful information from the TSR data is to apply a ‘materiality’ filter, which means eliminating the ultra-small companies such as Indiana Resources, the recently renamed IMX Resources, which technically ranks as the eighth best performer with a 12-month TSR of 861 per cent but a stock market value of just $3.9 million – less than the value some Perth houses.

With a $100 million market-value filter applied the surprising winner is ResApp Health, but after that the next 10 are mining (all gold and lithium) with one exception, the concrete-technology developed Eden Energy, which ranks fifth with a 12-month TSR of 722 per cent.

The other stocks with high TSR scores and a market value of more than $100 million are General Mining Corporation, Galaxy Resources, Altura Mining, Pilbara Minerals, and Neometals – all lithium explorer/developers.

Investors concerned about exposure to small stocks, which can be easy to buy but hard to sell, should look in the $500 million-plus market-value category. However this grouping reveals more of the same, dominance by gold and lithium stocks, with iron ore stock Fortescue Metals Group in 10th with a TSR of 87 per cent.

A clear winner in the over $500-million category is Galaxy Resources with a TSR of 1,275 per cent, followed by Pilbara Minerals at 486 per cent and St Barbara at 418 per cent.

But for investors with a keen eye on WA’s top stocks there is a long list of under-performers, especially when compared with the miners enjoying boom-like conditions.

Joining Wesfarmers, Woodside and Seven, mentioned earlier, are prominent local companies with one-, three- and five-year TSR scores that look like this:

• Atlas Iron, the company that best demonstrates how bad iron ore has been in recent years, with TSR scores of -93 per cent, -76 per cent, and -69 per cent.

You can see our full TSR listings at https://www.businessnews.com.au/Total-Shareholder-Returns