Spare Parts Puppet Theatre is hoping to continue its 40-year legacy with the launch of its Next Generation fundraising appeal and a new corporate sponsor. 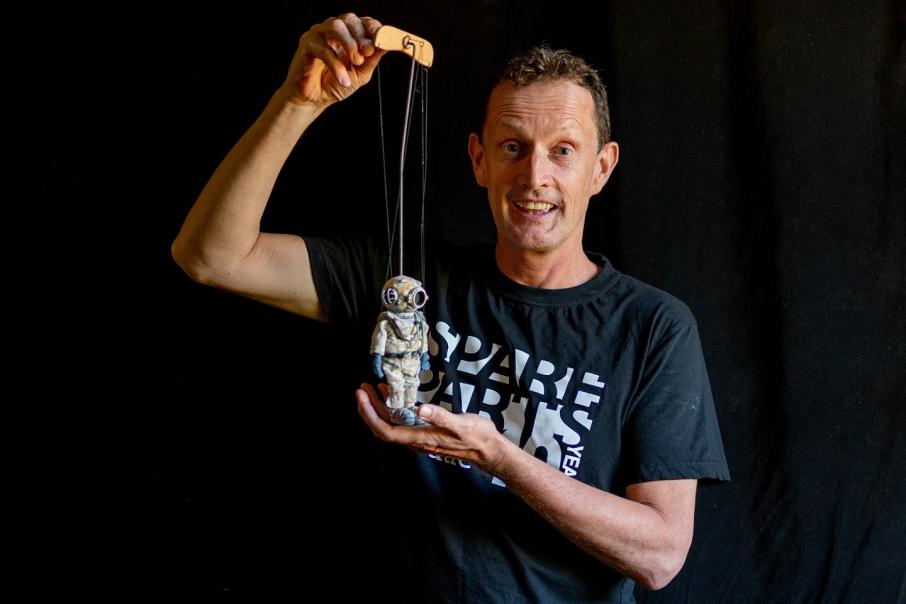 Spare Parts Puppet Theatre turns 40 this year, making it one of the oldest theatre companies in the state and demonstrating the longevity of the art form’s popularity.

It has created 80 works for thousands of Western Australians under three artistic directors over the past four decades.

Spare Parts was led from 1997 to 2001 by Japanese puppetry artist Noriko Nishimoto, who was also part of the company’s first show, before current artistic director Philip Mitchell took over.

It has produced shows including The Bugalugs Bum Thief based on Tim Winton’s book, and has won awards including for best mainstage production at the 2020 Performing Arts WA Awards for On our Beach.

Spare Parts Puppet Theatre is hoping to continue its legacy with funds from its Next Generation Appeal and a new corporate sponsor.

It is aiming to raise $50,000, which will be matched by government-run Creative Partnerships Australia.

Mr Mitchell said Spare Parts wanted to focus on the future when planning the 40th anniversary celebrations during COVID-19.

Donations from the company’s fundraising campaigns are expected to make up the bulk of the appeal.

This includes its Twenty Champions fundraising campaign, which was launched in April 2020 and involves 20 people donating $1,000 each.

Donors to Spare Parts’ long-running philanthropy campaign, Adopt a Puppet, will also have their donations doubled.

“Asking people to give money is such a hard thing to do, and we found that the Adopt A Puppet program was a fun and engaging way for kids and adults to explore philanthropy and feel part of the Spare Parts family.”

Creative Partnerships Australia, which was established in 2014 after the merger of the Australian Business Arts Foundation and Artsupport, aims to encourage philanthropic giving in the business community.

It runs the Australian Cultural Fund, which allows artists to post details of upcoming shows and projects and asks the business community for investment.

In the 2019-20 financial year, $4.65 million was donated to arts projects through the platform.

It also receives government funding, about $1.5 million in 2019-20, and a few private donations to fund its matched funding programs: MATCH Lab, for individual artists, and Plus1 which is for organisations.

WA-based Barking Gecko Theatre and STRUT Dance were also recipients of Plus1 grants in 2020-21.

The Blue Room Theatre was part of the program in 2019-20 to celebrate its 30th birthday with a fundraising campaign to renovate its venue (matched by the Plus1 program).

Spare Parts is searching for a long-term corporate sponsor.

Mr Mitchell said the team at Spare Parts had found it difficult to find sponsorship as a children’s theatre company.

“Those that have the capacity to give often are attracted to companies like the ballet, the orchestra, Black Swan [State] Theatre Company, who have large-scale, impressive works, and they align with those works,” Mr Mitchell said.

“It really is a challenge for us.”

According to Spare Parts’ 2019 annual report, ticket sales accounted for about 40 per cent of its $1.6 million revenue and government funding made up around 30 per cent.

The remainder came from 30-year corporate sponsor Healthway, and other grants.

“What we would like is a major sponsor who supports Spare Parts for who we are and will enable us to create more work and get that work to more Western Australians,” Mr Mitchell said.