Spare Parts puts it all together

Spare Parts Puppet Theatre has hit the sweet spot in live children’s entertainment, continuing to attract audiences and a wide range of funding. 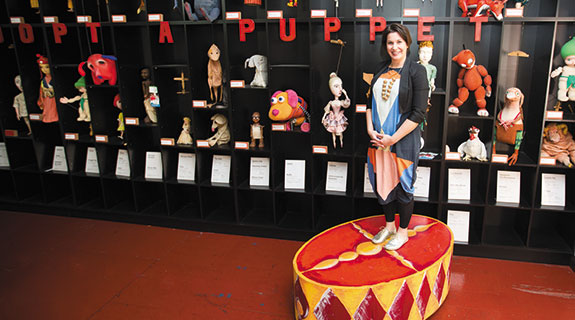 Spare Parts Puppet Theatre has hit the sweet spot in live children’s entertainment, continuing to attract audiences and a wide range of funding.

AFTER entertaining Perth audiences for three decades, one of Perth’s most successful small performing arts groups is considering an upgrade to its theatre facilities despite ongoing federal funding uncertainty in the sector.

In the most recent Fremantle Business Awards, the puppet theatre won the gong for best business of the year and outstanding cultural enterprise.

The organisation is also in the very early stages of planning an expansion of its 190-seat Fremantle theatre to double its size.

While funding from these groups was primarily tied to creating shows that featured healthy lifestyle messages and showcasing life in rural communities, Spare Parts has also used it to offset the costs of its regular (and prolific) tours, performing for up to 4,000 children across Western Australia, and more nationally and internationally.

Ms Roberts said she believed Spare Parts’ success came down to having a group of 30 to 40 artists, performers, designers and workshop tutors taking pride in what they did and creating high-standard work that attracted a loyal group of supporters.

“When you have strong artists working with the company who are likely to create great work, I think things flow from there in terms of (us) being able to diversify income and bring in sponsors and an audience who loves us,” she said.

“We have a strong audience base so in terms of corporate partnerships, that’s a very strong sell.”

Ms Roberts said the theatre continued to produce successful adaptations of well-loved children’s books, but also focused on new shows aimed at sparking conversations about real-life issues such as friendship and loyalty.

As part of unique market research last year, the puppet theatre asked children to question their peers on what they wanted from their live entertainment experiences.

“A lot of it we already knew, but what was most interesting was the areas of concern for young people around the environment and sustainability,” Ms Roberts said.

“They were very interested in seeing, for example, bike racks out the front of our theatre because they thought more people should be commuting by bike rather than by car.”