Space to grow for grassroots retail 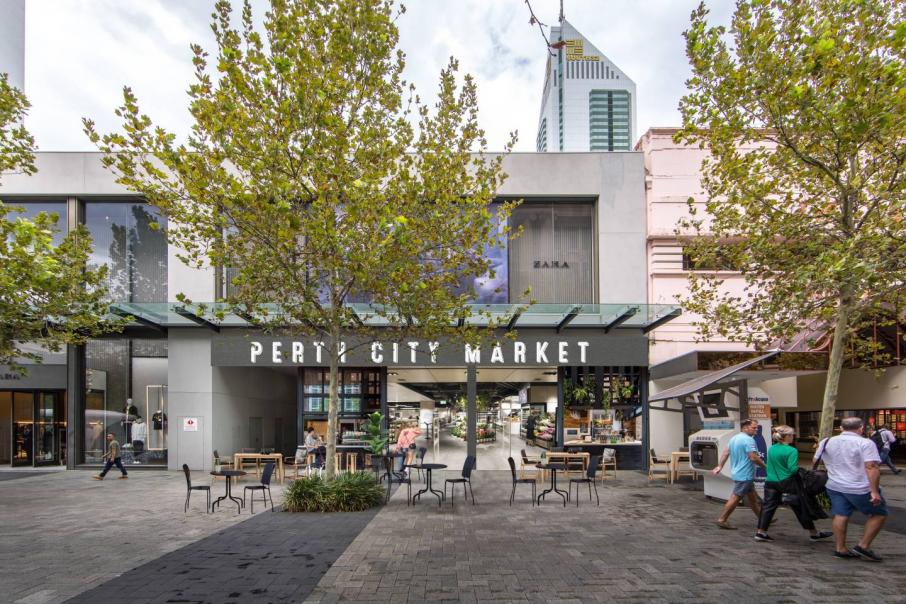 Construction is under way at Perth City Market, which is expected to open in the coming weeks. Image: JJ Leach Group

The property development and management company has introduced several multinational retailers to Perth city in recent years, including Apple and Zara.

But its latest plan is more locally focused.

Work on Perth City Market is now under way, where the walls between the former Dotti and Transit stores on Murray Street Mall (underneath Zara) have been knocked down to make way for an open-plan marketplace.

JJ Leach Group property manager Clare Honeywill said the 540-square-metre space would be home to a new place for artisans, creatives and foodies.

“We wanted to bring something different to the city,” Ms Honeywill told Business News.

Since then, the group has repurposed part of the property for Zara and circled through several other smaller tenancies.

However, once COVID-19 hit, the uncertainty resulted in new leases being put on hold.

“Jeff decided to think outside the box, coming up with the concept of a city market,” she said.

“It provides smaller tenants with premises on Murray Street Mall at affordable rents not usually available to them.”

In recent years, vacancies along Hay Street and Murray Street malls have been rising as retailers struggle to compete with the convenience pull of suburban shopping centres.

High rents had also made it difficult for smaller retail players to set up shop, with groups such as Activate Perth advocating for changes to the Commercial Tenancy (Retail Shops) Agreement Act 1985, which it argued additionally stifled appetite to take commercial risks by mandating five-year lease terms.

Perth City Market seeks to overcome some of the challenges facing smaller retailers by offering a daily or weekly rent for stalls on a short-term basis.

The website is now live, with stallholders able to book and pay for their space online.

“We’d like to see good stallholders stay there for a while … but it will be a fairly transient situation, certainly to start with,” Ms Honeywill said.

At the front of the property, two food and beverage kiosks will anchor Perth City Market, to complement an anticipated alfresco area, pending approvals.

Virtual Reality startup Frame VR, in which Mr Leach has invested, will be another permanent fixture, placed at the back of the market as a means to draw people in.

Earlier this month, Perth City Market was awarded a $20,000 grant from the City of Perth as part of the council’s competitive business improvement funding program, chosen for its potential community benefits as well as its support of small businesses.

Perth City Market is expected to open in the coming weeks.