Mathematically it’s impossible, but in about 11 days Australian investors will discover whether one plus one can add up to more than two – because that’s the day the son of BHP Billiton, South32, lists on the ASX. 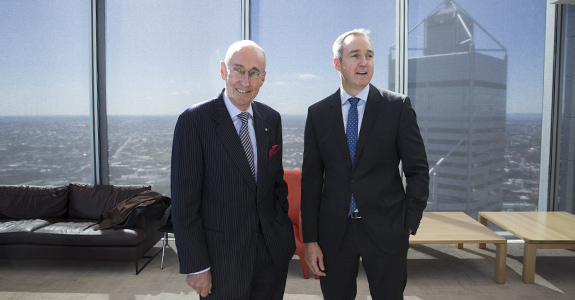 Mathematically it’s impossible, but in about 11 days Australian investors will discover whether one plus one can add up to more than two – because that’s the day the son of BHP Billiton, South32, lists on the ASX.

BHP Billiton started the process of spinning off non-core assets last August and received shareholder approval yesterday via a vote at simultaneous meetings in Perth and London, which has cleared the way for investors to receive one South32 share for every BHP Billiton share they own.

The next step is South32’s official listing on May 18, at which time the price of BHP Billiton shares plus the price of South32 should add up to the closing price on the previous day – but possibly will not.

What is likely to happen is that: South32 will make a bit of splash because it is new; there probably will not be a lot of sellers (BHP Billiton shareholders area loyal lot); and there will be demand from index-linked funds, which need to buy an estimated $300 million worth of shares in the new stock to maintain a balance with the ASX200 index.

So far, so good. With commodity prices appearing to have bottomed, and a handful of shares in a new company that can be sold to free up a bit of capital, it should be smiles all round for everyone associated with BHP Billiton and South32.

The more interesting question now that BHP Billiton has taken the unusual step of hacking off a number of its once-treasured assets is the effect that may have on other big resource companies – a question that throws the spotlight squarely on Rio Tinto.

No, no, no, is the response from Rio Tinto management every time the spin-off question pops up, or when it is playing the role of ‘elephant in the room’, which was the case when Rio Tinto shareholders met in Perth earlier today for the Australian leg of their company’s annual meeting.

There are three problems with an outright rejection of a demerger by Rio Tinto management.

• A value-creating spin-off of surplus assets could be something shareholders want, even if management doesn’t.

• If BHP Billiton does demonstrate that one-plus-one can be made to equal more than two, then Rio Tinto shareholders will say: “I’ll have what they’re having”.

Interestingly those three issues are connected, with the obvious link being the greed factor at a time of low investment returns on everything from government bonds to equities and bank deposits.

For some people, a chance to free up a bit of capital by selling a few shares in the relatively high-risk South32 will be warmly welcomed, as there is no need to sell any annuity-like BHP Billiton shares.

Even more significant, however, is that it was 14 years ago that BHP Billiton started what became a fashionable expansion trend among the world’s leading mining companies through its acquisition of Billiton, followed four years later with the acquisition of WMC.

Xstrata was another company in a rush to get big quickly, acquiring the Australian miner MIM, followed by the Canadian nickel miner Falconbridge.

Rio Tinto joined the ‘big is better’ stampede in 2007 with what turned out to be the appallingly ill-timed acquisition of the Canadian aluminium maker Alcan.

It is hard to argue that any of the mega-deals of the past two decades did much for the shareholders in the companies doing the buying, even if it did a lot for the pay packets of management merrily forking out shareholders’ funds in an exercise of empire building.

The shareholders today are revolting, demanding an end to the think-big approach of yesterday with a switch in focus to returns on their capital, which is what South32 is all about.

Not lost on people who have followed the history of BHP Billiton is that many of the assets being handed across to South32 were once owned by Billiton, so it can be argued that the new business is actually a way of winding back the clock, expunging what was a poor deal from the corporate history books.

Rio Tinto could do the same thing if it is put under enough pressure by its major shareholders to spit out the poisonous Alcan acquisition in a way that frees up capital, perhaps by selling it to Chinalco as a way of getting the Chinese aluminium maker off the Rio Tinto share register.

Such a move by Rio Tinto would be welcomed by investors and confirm that the big-is-better trend started by BHP Billiton with its 2001 acquisition of Billiton has morphed into a ‘think small and reward the shareholders’ trend – which would not be a bad thing.