Attention turns to the state’s south as the property market in the north-west stalls. 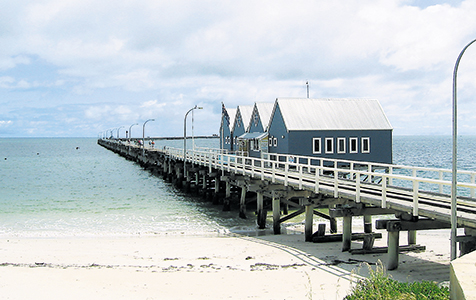 LEADING THE PACK: Busselton is increasingly on the radar for buyers.

Attention turns to the state’s south as the property market in the north-west stalls.

Bussleton was Western Australia’s best-performing regional centre in terms of price growth for the year to September, but results across much of the state were underwhelming, according to the latest REIWA regional WA report.

Despite a 25 per cent drop in turnover in the September quarter, following a 20 per cent fall in June, the South West town recorded a 5.9 per cent increase in median house prices to $450,000 for the year.

Across the state, regional house sales were unchanged in volume for the quarter, about 23 per cent below the long-term average, according to REIWA executive research manager Stewart Darby.

“At this stage the preliminary median house price for regional WA is down just over 1 per cent for the quarter to $375,000, coming off the March quarter spike of $395,000,” Mr Darby said.

“The preliminary figure is unchanged from the September quarter 2013.

“The Peel and South West regions remain the shining lights of the WA market, with Mandurah and Bunbury maintaining their recent momentum.”

Mandurah-Murray performed strongly, with turnover up 3 per cent for the year, well above the long-term average.

The south of the state dominated the good news, with Albany, Bunbury and Kalgoorlie all up on an annual basis.

Sales volumes in Kalgoorlie are at their lowest level since 1989, Mr Darby said.

By comparison, the Perth metropolitan area was up 6 per cent over the 12-month period.

There were significant falls in house prices in the state’s north, as the mining boom winds down.

He also said that banks had tightened their lending and that valuations were not ‘stacking up’.

The fall means the five-year average annual growth rate for the Karratha urban area is -1.4 per cent per annum.

“Activity remains weak across the Port Hedland market with annual turnover at its lowest level since 1989,” Mr Darby said.

“Broome experienced its seasonal rebound in sales after the March quarter low but like the other centres is tracking below long term average levels.”