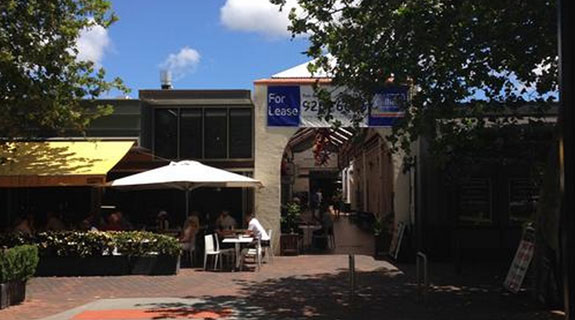 The deal, which reflected a yield of 5.5 per cent, was brokered by commercial agency Colliers International on behalf of vendor Caprice Holdings.

Colliers International director of retail investment services Mark Werrett said the transaction was a reflection of the prime location and long-term redevelopment potential of the asset.

The 1,682 square metre centre, anchored by IGA, fronts the Mends Street retail and cafe strip and is in close proximity to a number of proposed large-scale apartment projects in the South Perth precinct.

“The prime positioning of this centre and that growth potential made it a highly saleable asset,” Mr Werrett said.

New owner Silverleaf Investments, owned by Gerard O'Brien, also owns Fremantle’s Atwell Arcade, at which it is progressing a $30 million redevelopment plan that includes a 3,000sqm office and a significant retail offering.

Construction of that project is well under way and is expected to be complete around the end of the year.

Mr Werrett said 2015 was shaping as a strong year for neighbourhood retail transactions, with Colliers International brokering more than $60 million of deals in the last four months.

“We’re seeing a continuation of the market conditions we experienced last year, where the demand for these assets is such that we’re not able to keep up in terms of available properties,” Mr Werrett said.

“Local WA investors have realised the stability of cash flows obtained by neighbourhood retail centres, which contrasts with low returns on money in the bank and the uncertainty in the share market.

“In addition we’re receiving daily enquiries from overseas investors, particularly those located in Singapore, Malaysia and Indonesia, wanting to take advantage of the drop in the Australian dollar.”

Mr Werrett said he was in the middle of negotiations for the off-market sale for another neighbourhood centre, as well as talks for the fund-through construction of two new centres at Port Coogee and Lakelands.