Edge Visionary Living has received the green light from planning authorities for its long-awaited Lumiere development in South Perth, nearly five years after it first sought to build it and following two Supreme Court challenges that were successful in overturning approval of previous designs. 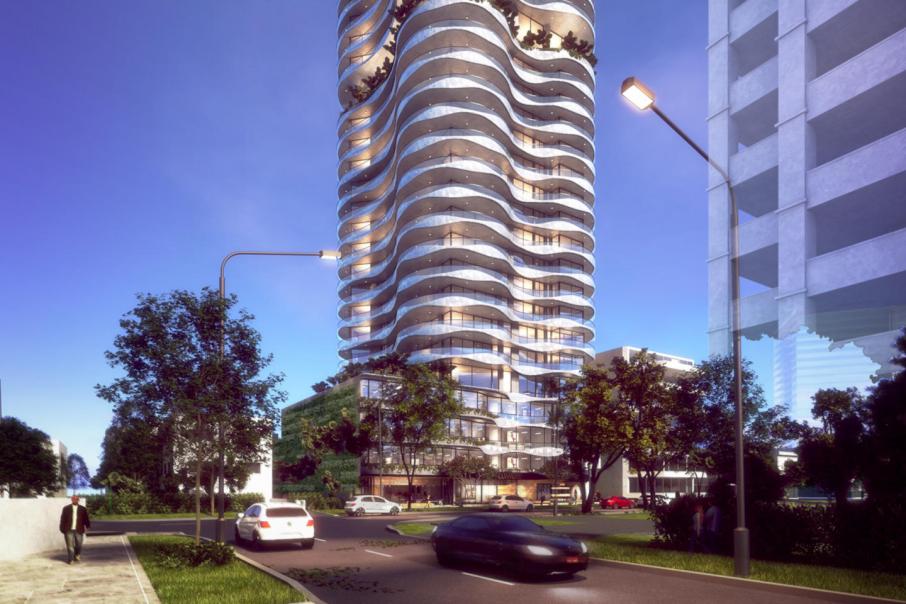 Edge Visionary Living has received the green light from planning authorities for its long-awaited Lumiere development in South Perth, nearly five years after it first sought to build it and following two Supreme Court challenges that were successful in overturning approval of previous designs.

Approval for the building, the fourth design iteration lodged for approval by Edge since 2015, was issued by the State Administrative Tribunal after it was rejected by the Metropolitan Central joint development assessment panel in July last year.

A lengthy SAT ruling concluded that the local and wider community benefits of the building justified the additional height sought by the developer for the plot, which is located at 74 Mill Point Road.

The SAT ruled that the 25-metre height limit on the plot could be varied as it is located in the suburb’s special design area and the proposal’s architectural design was “exemplary, sensitive and sophisticated”.

Edge managing director Gavin Hawkins was relieved to receive an approval for Lumiere, nearly five years after the building was first proposed, four design iterations down the track, and having gone through two Supreme Court challenges from resident groups and extensive SAT-led mediation.

However he was slightly bemused by the fact that the building design approved by SAT was aesthetically very similar to the company’s original proposal.

“We got the approval through for a 29-level tower, which is effectively back to where it was originally,” Mr Hawkins told Business News.

“A lot of water went under that bridge but we’re back to where we started, basically.”

The proposal was made under planning guidelines adopted by the City of South Perth in 2013, a strategy designed to bolster the case for a train station to be built in the near-city suburb.

Developers came on board quickly, including Edge, with six proposals lodged in early 2015 of more than 20 storeys.

However, that wave of development sparked a crescendo of community consternation, most of it squarely focused on Lumiere.

Community action groups raised concerns over traffic congestion and the integration of tall buildings with the existing streetscape, resulting in Lumiere’s initial planning approval being set aside after a successful challenge in the Supreme Court of Western Australia.

Midway through 2016, Edge lodged plans for a 44-storey tower, a proposal rejected at JDAP.

A third, 34-level iteration was approved at JDAP in October of that year, but ultimately struck down by a Supreme Court challenge in February 2018.

With an approval finally in place, Mr Hawkins said a marketing launch was not in the company’s short-term plans, due to the COVID-19 pandemic throwing the off-the-plan market into unprecedented uncertainty.

“There is obviously no rush for us to get it back to market in the current conditions, so clearly we won’t be rushing it back,” Mr Hawkins said

“I’d expect in the best case it would be late this year that we would be bringing it back with any sense of confidence. But we will just have to see how the next few months fare.”