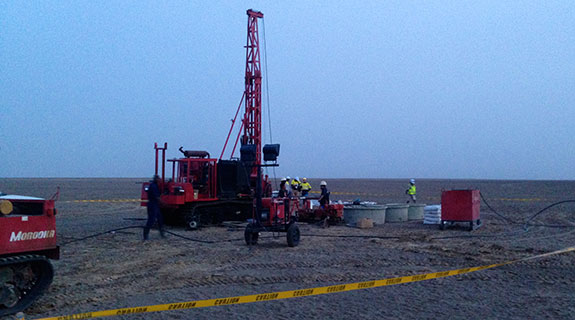 The company also plans to raise a further $3.35 million through a one-for-12 rights issue, at the same price as the placement, which has been heavily underwritten ($2.5 million) by Perth-based gold explorer Montezuma Mining Company, and privately-held investment vehicle RSR Premier Holdings.

The directors of South Boulder, who together hold about 11 per cent of the company, have announced their intention to take up their entitlements to the rights issue.

The price of the raising is a 20 per cent discount to South Boulder’s closing price of 31.5 cents last Wednesday, before its shares were halted from trade ahead of today’s announcement.

South Boulder plans to use the funds to complete a definitive feasibility study on the Colluli project, as well as build in-house capability to support development of the project, and advance funding discussions, which managing director Paul Donaldson says are the key priorities of the firm.

“The placement not only introduces another sophisticated international investor, but also shows the continued confidence from existing investor, Well Efficient.”

In January, South Boulder completed a $2.1 million placement to Well Efficient at a 6 per cent premium to the company’s 30-day volume weighted average price at the time.

GMP Securities will act as selling agent for any shortfall not taken up by eligible shareholders or the underwriters.

“We have a process and a unique resource which combine to produce a premium fertiliser with a premium grade,” Mr Donaldson said.