Strong attendance figures have delivered record figures for this year’s UWA Perth International Arts Festival, which is set to take more than $3.5 million at the box office when its film festival draws to a close next month.

Strong attendance figures have delivered record figures for this year’s UWA Perth International Arts Festival, which is set to take more than $3.5 million at the box office when its film festival draws to a close next month.

This represents an increase of nearly 50 per cent in revenue, compared with PIAF’s two most recent festivals, which each made about $2.4 million at the box office.

PIAF general manager Julian Donaldson said the festival’s success was due to its appealing program, featuring international and national acts, and a strong local economy.

“The real key is, paid audience numbers were up, in excess of 30 per cent,” he said.

“People say it was the mining boom that made the festival a success, but I don’t think it’s a single contributing factor. The Perth economy is buoyant and that’s produced a lot of confidence in the community.”

The strong box office – yet to be translated into confirmed profitability – is further evidence of the turnaround by PIAF after a difficult period in 2000, the initial period of expatriate Irish director Sean Doran's stewardship.

Mr Doran, who sought to radically change the festival from what it was under David Blenkinsop’s 25-year reign, arrived with big and controversial ideas to give the festival a much more international flavour. But that came with big costs, which failed to drive corresponding ticket sales.

The first-year loss – reported at around $2.6 million – resulted in a much tighter rein put on the financial side of the annual event along with a restructuring of the festival management, which quickly returned it to profitability.

And that is where it has stayed since it was taken over by new management, led by Lindy Hume, three years ago.

Mr Donaldson said it would be premature to speculate on the end of financial year figures, but said the organisation was in a good position financially.

“I would suspect we would deliver a surplus with an increase, but it’s too early to say what size the surplus would be,” he said.

The festival’s organisers introduced a number of initiatives in 2007, including a rebuilt and redesigned website that attracted substantial web traffic, and a newly structured brochure.

Cross-selling of events at festival venues was also incorporated for the first time.

Mr Donaldson said attendance figures were up across the board, with the sell-out season of Taiwanese dance group, Cloud Gate, one of the success stories.

The festival’s film season continues until April 1, although its revenue is included in the estimated total.

This was the last festival for PIAF’s artistic director, Ms Hume, who has returned to New South Wales and has no definite plans for her next role.

PIAF’s associate director of the past four years, Shelagh Magadza, was appointed to the artistic director’s role from an international pool of applicants in September last year.

She will commence planning the 2008 festival next month, with the program to be released in November. 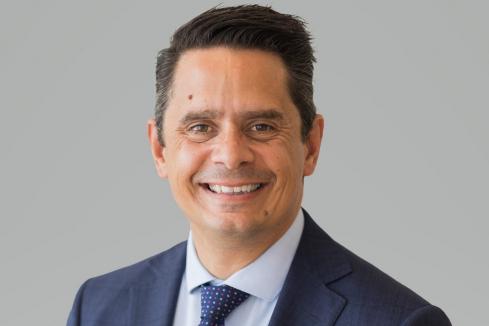