Do men really need a tray to store their phone, wallet and keys? Three local entrepreneurs certainly think so. 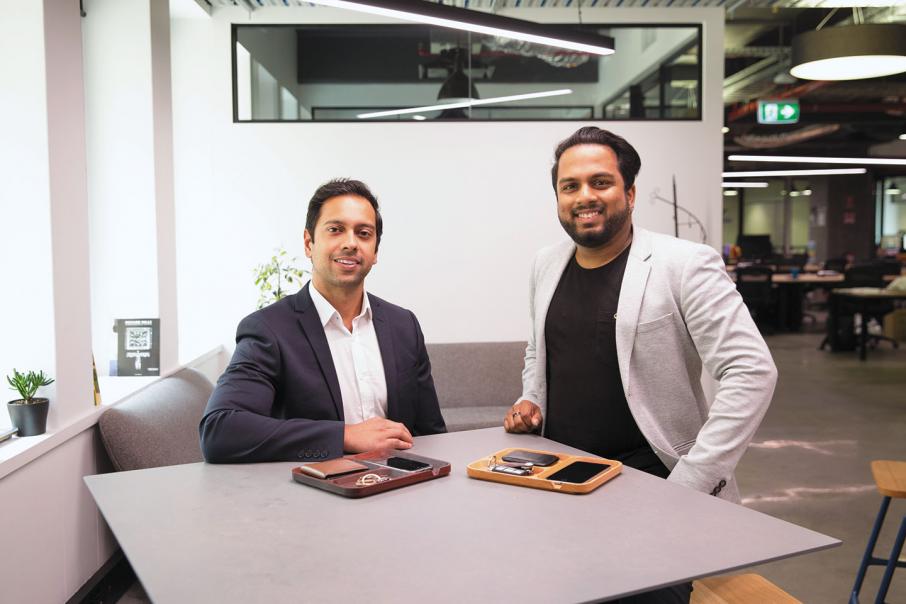 Do men really need a tray to store their phone, wallet and keys? Three local entrepreneurs certainly think so.

After misplacing these items one time too many, founders Ranjeev Sidhu, Josh Fernandes and Tom Riordan created a solution – On Those Trays – bespoke valet trays inspired by classic Spanish style and crafted from Western Australian jarrah and European beech.

“Almost everyone we know would do the one, two, three wallet, keys, phone pat down,” Mr Sidhu told Business News.

“It’s a ritual before leaving anywhere to make sure you’ve taken everything.

“It’s like doing the Macarena. Surely there was an easier way to not forget your essentials.

“So we designed these trays as a functional reminder of always knowing where you’ve placed your wallet, keys and phone; on those trays … uno, dos, tres.”

Despite a failed crowdfunding campaign and manufacturing delays in 2016, the team persisted and personally delivered their first 30 Perth orders at the end of last month. They were dressed in suits to remain true to the brand’s Spanish persona, Lorenzo.

Mr Sidhu said the team took to the Kickstarter platform to raise an initial $15,000, but by the time the campaign finished in December it had raised just more than $4,600.

“One of Kickstarter’s rules is it’s either fully funded or not funded at all; they hold the money till the end, and if it isn’t successful they just give it back,” he said.

“So we funded the business through presales. Even though we didn’t meet our Kickstarter goal, most people still wanted their order.

“We also started getting new orders.”

Backed by $6,000 in presales, Mr Sidhu said the aim was to deliver the first batch in time for Christmas last year, but a boat accident prevented the initial manufacturer from completing the order.

Mr Sidhu said the partners had since teamed up with a local fabrication company and had started conversations with a few retail outlets and local places in the city and Fremantle.

“It’s been a long process to get the design right, and for some things to fail massively,” he said.

“The best response has actually been from wives and girlfriends, who are usually the ones who suffer from having to hold these items for their partners.”