Solid year ahead for homes

Western Australia’s home builders won’t keep up the record pace achieved in 2013-14, with housing starts flagged to fall 14 per cent next year on the back of slowing population growth and a softening economy. 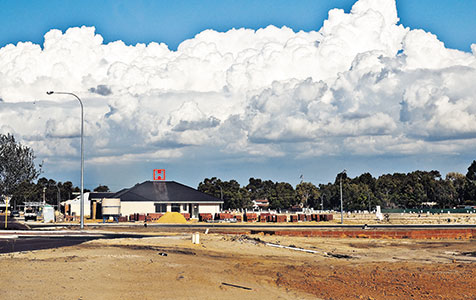 COMING BACK: New housing construction is set to remain strong next year, but it won’t maintain a record-setting pace. Photo: Grant Currall

Western Australia’s home builders won’t keep up the record pace achieved in 2013-14, with housing starts flagged to fall 14 per cent next year on the back of slowing population growth and a softening economy.

But building starts will remain at a historically high level of around 25,000, down from the 28,966 housing starts in 2013-14, according to the latest report from the Housing Industry Forecasting Group.

Despite the forecast decline, the report showed WA home building set to gain ground on underlying demand, which was forecast by the HIFG to be around 21,000 dwellings per year.

A National Housing Supply Council report released in 2011 suggested the state was experiencing a shortfall of around 38,000 dwellings, but at the end of June the HIFG said Perth’s estimated shortfall was 31,100 dwellings

The report found building approvals, which hit a record of 30,174 in 2013-14, remained strong, with approvals to August coming in 14 per cent higher than the same period last year.

Figures out from the Australian Bureau of Statistics today showed WA approvals rose by 2.1 per cent in September.

The ABS said there were 2,642 dwellings approved for construction in WA in September, following the record 30,187 homes approved in 2013-14.

Of those dwellings approved in September, 2,133 were detached houses, the ABS said.

On the land development side of the market, HIFG chair Stewart Darby said sales had cooled considerably since the record lot sales in 2013.

He said supply was at a more sustainable level, with most lots now available within six months of contract.

“The group did not foresee any overall shortage of serviced residential lots in the forecast period,” Mr Darby said.

The prediction was in contrast to the Housing Industry Association’s latest look at land sales, which indicated Perth was showing all the hallmarks of severe supply bottlenecks.

The HIA said late last month vacant land transactions were down 30.5 per cent on the same time last year, and a shortage of supply was the main factor driving the reduction of land sales.